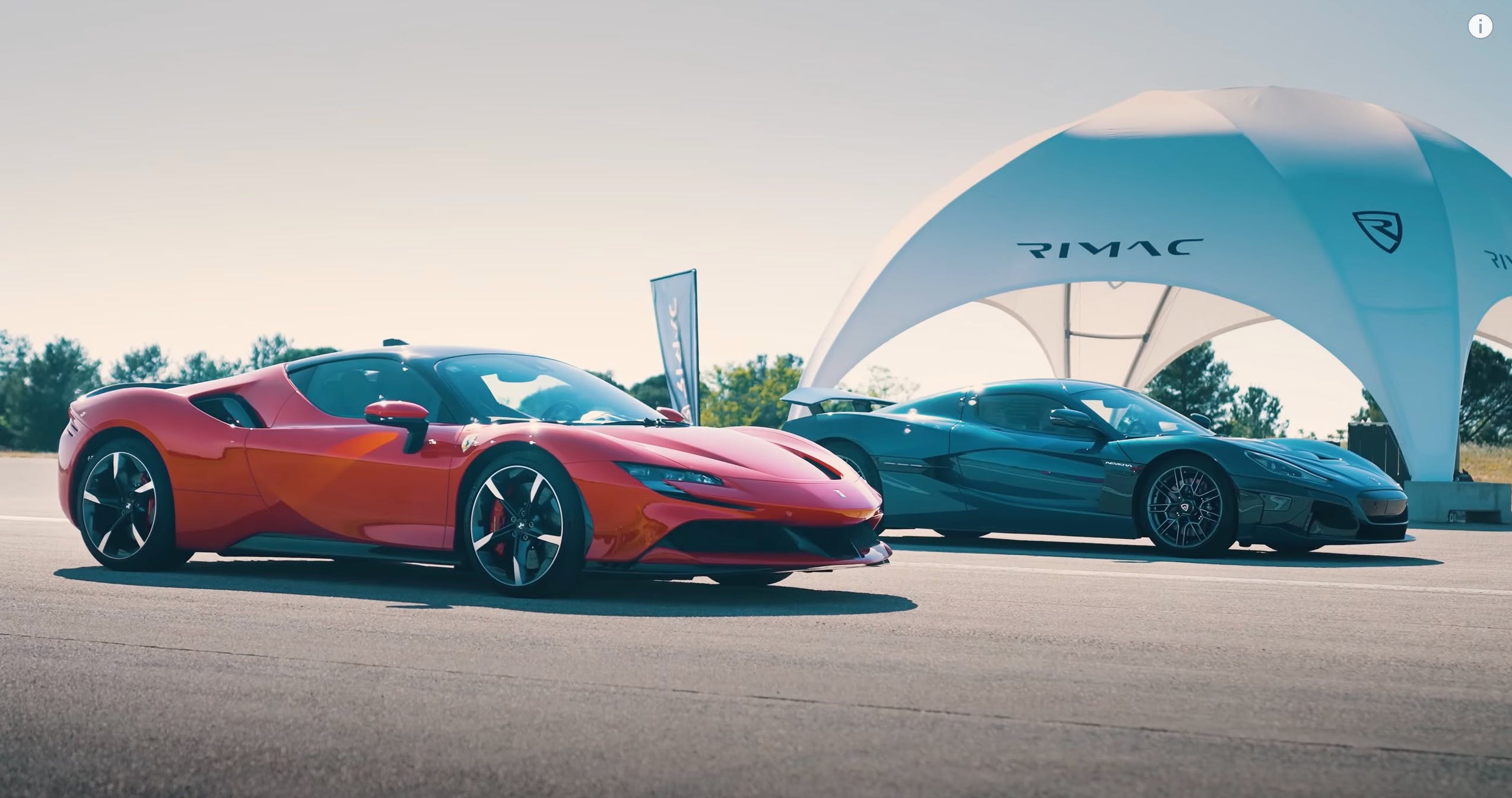 Well, this was bound to happen. The horsepower wars have gone electric and Carwow has gone and pitted Maranello’s latest with a Croatian newcomer. Powered by a 4.0-liter twin-turbo V8 coupled to three electric motors, the Ferrari SF90 Stradale makes 986 hp. In comparison, the all-electric Rimac Nevera generates 1,914 hp and 1,714 lb-ft from its four electric motors.

On paper, the Rimac outpowers the Ferrari by a significant margin, but does it? Rimac claims a sub-two-second 0 to 60 mph run while Ferrari notes that its SF90 Stradale can do the same deed in 2.5 seconds. The reality? The prancing horse gets smoked. Big time. Thanks to the Rimac’s four electric motors, it accelerates like a rocket being launched. Yes, the Ferrari is quick but you can’t argue against an electric motor’s instant power and torque delivery.

Carwow put both cars against each other in a traditional drag race and from a rolling start. Regardless of the situation, the Rimac Nevera just accelerated away from the Ferrari without much effort. Check out the rest of the video to see how Rimac’s all-electric creation takes on Maranello’s latest and triumphs.