Rimac Nevera is the new name for the C_Two and hits 60 mph in 1.85 seconds 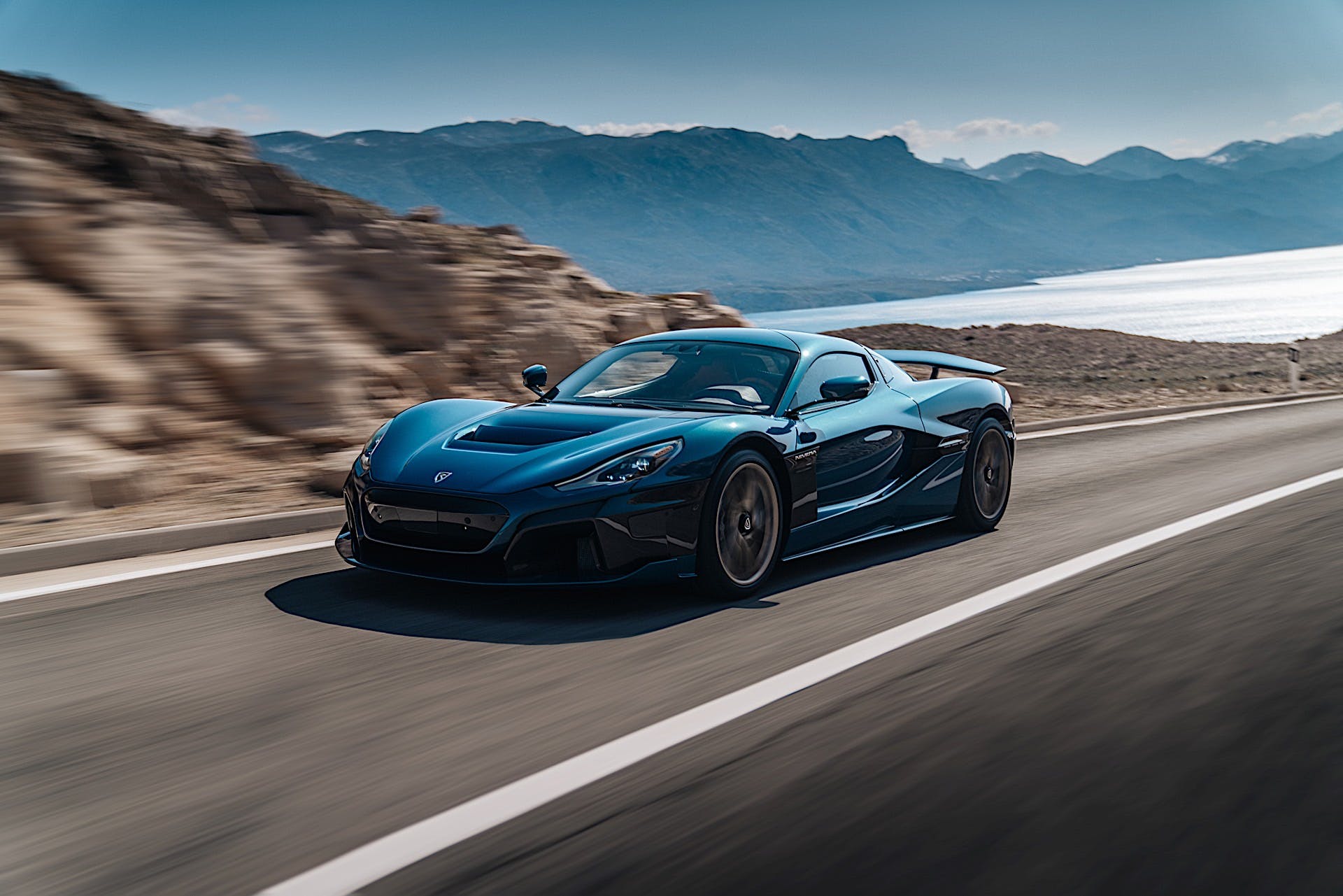 Rimac has officially unveiled the production version of the C_Two, called the Nevera. Since unveiling the prototype version of the car at the 2018 Geneva auto show, the Croatian brand has concentrated on fine-tuning it to create what it calls the ultimate hypercar experience. Everything about the car has been improved over the C_Two to meet Rimac’s ambitious performance targets. In total, only 150 units will be built and each Nevera will be personally tested by company founder Mate Rimac.

As with all battery-electric vehicles, aerodynamics is an important component. Rimac engineers have found a way to improve that on the Nevera by 34 percent versus the C_Two by altering the shape of the hood, diffusers, splitters, and radiator, improving downforce and airflow. Active aero elements have also been added for better cooling and stability. These include a front hood, underbody flap, rear diffuser, and rear wing that can move independently of each other based on the driving situation. In low drag mode, the Rimac Nevera has a 0.3 coefficient of drag. High downforce mode, on the other hand, increases downforce by 326 percent. The lightweight alloy wheels are also aero-focused, meaning they can channel air through the standard carbon-ceramic Brembo brakes and ensure smooth flow.

To keep weight in check, the Rimac Nevera uses a carbon fiber monocoque that weighs under 440 pounds. The structure includes a carbon-fiber roof and subframe, and an integrated structural battery pack, forming the largest piece of carbon fiber built in the whole industry. All told the whole body uses 2,220 carbon fiber plys and 222 aluminum inserts, resulting in torsional stiffness of 70,000 nm/degree and making the Nevera one of the most rigid cars ever made.

Powering the Rimac Nevera is an in-house-built 120-kWh battery, which also adds 37 percent structural stiffness to the carbon fiber monocoque. Mounted within the vehicle, the battery keeps the center of gravity low and contributes to the 48/52 front to rear weight distribution. Together with four electric motors, the Nevera has 1,914 hp and 1,714 lb-ft of torque. They’re also maintenance-free and are 97 percent efficient, significantly higher than the most advanced internal combustion engine, which is 40 percent efficient. The result of all that power is a 0 to 60 mph run in 1.85 seconds. From a stop. The Nevera can hit 100 mph and 186 mph in 4.3 seconds and 9.3 seconds respectively.

Putting the power down to the road is Rimac’s AWD system called the All-Wheel Torque Vectoring II system (R-AWTV 2). This allows for infinitely variable responses to the road and track conditions and replaces the traditional electronic stability and traction control systems. R-AWTV 2 can channel the exact amount of torque needed to maximize agility, grip, and stability. The system makes over 100 calculations per second for predictive and reactive responses based on the driving style.

To achieve hypercar handling, the Rimac Nevera uses an electronically-controlled control arm air suspension. This gives the car the agility and body control you expect of a performance car of this caliber without sacrificing ride comfort. The electric power steering system is a steer-by-wire setup that adapts to your driving style. A Driver Coach mode teaches you how to get the best racing line out on the track and keep the car under full control. Seven driving modes will be available: Sport, Drift, Range, Comfort, Track, and two Custom modes. Drift mode biases power delivery to the rear wheels while Sport mode sharpens braking, suspension, and steering. Track mode turns off all the nannies while Range mode maximizes how far you can go on a charge. Comfort mode balances the right blend of comfort and sportiness.

Get inside the Rimac Nevera and you’ll find three screens that can display as much or as little information as you’d like. Rimac’s in-house-developed mobile apps will allow you to track live data including location, charging speed, and battery status. It’ll even allow you to analyze performance and driving metrics and map previews via Android or iOS operating systems.

In addition to the GT, Signature, and Timeless themes, the Rimac Nevera will be available with endless customizability via its Bespoke program. Rimac will invite customers to design their Nevera exactly to their liking. The car will be available via 19 dealer partners across major cities in Europe, North America, Asia, Latin America, and the Middle East.