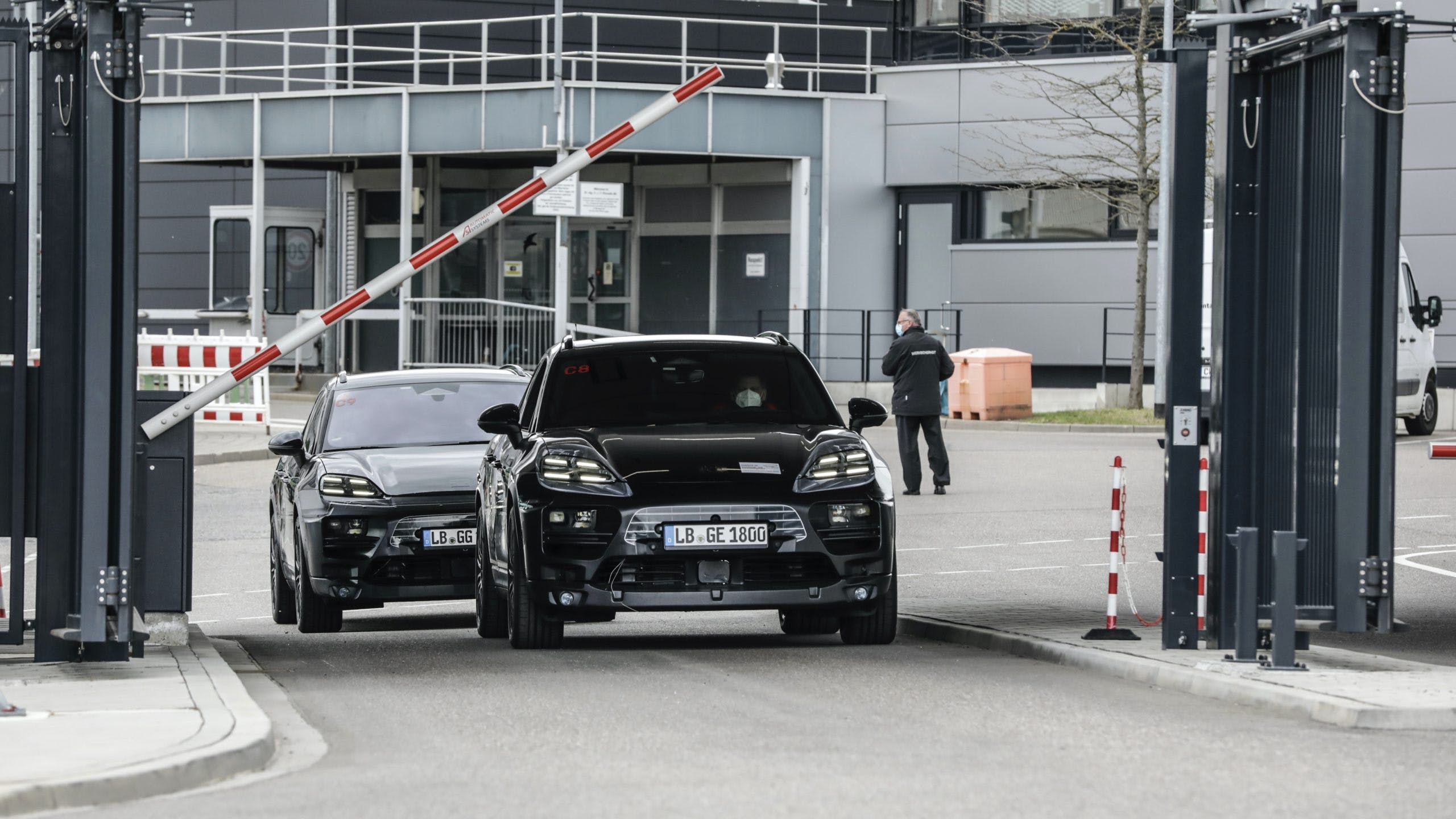 Porsche has started the Macan EV’s on-road development phase. This comes after the crossover underwent rigorous testing inside the Porsche Development Center in Weissach, Germany. By the time the Macan EV makes its world premiere in 2023, it will have covered 1.8 million test miles as it gets put through various testing conditions including extreme weather.

“Testing in a real-life environment is now getting underway — one of the most important milestones in the development process,” says Michael Steiner, Member of the Executive Board at Porsche AG, Research and Development.

Before getting out into public roads, the Porsche Macan EV was put through digital development. That means cars were “driven” virtually. This is done with the creation of digital prototypes, computational models that accurately replicated everything from the powertrain to the properties of a vehicle. In total, Porsche created 20 digital prototypes of the Macan EV for simulation purposes in different categories including aerodynamics, energy management, and acoustics. “We regularly collate the data from the various departments and use it to build up a complete, virtual vehicle that is as detailed as possible,” says Dr. Andreas Huber, Porsche’s digital prototypes manager. This also enables engineers to catch any previously undiscovered issues and resolve them quickly.

The aerodynamics team gets their hands on the digital prototypes first. Since aerodynamics is key to battery-electric vehicles, they will attempt to maximize the Macan EV’s wind-cheating capabilities to get the most range out of a charge. Everything from fine-tuning cooling air ducts to minimizing drag can be done even before the physical prototypes are built. The different cooling requirements of an EV are also put to the test in the digital world. Critical scenarios, which occur during charging at high temperatures, are simulated, allowing engineers to quickly find the optimum temperature, airflow, and positioning of openings to help keep the powertrain cool.

Porsche also uses digital development to see how new displays and operating systems in the Macan EV change during a trip from a driver’s perspective. This means engineers can study how the interaction between the driver and vehicle changes based on the driving conditions, allowing them to optimize how everything functions before building the physical interior.

All of the learnings from the digital models are then used when making the first physical Porsche Macan EV prototypes. Later on, everything found during road testing gets implemented to digital development. “Endurance testing on closed-off testing facilities and public roads in real-life conditions is still indispensable to ensure that the vehicle structure, operational stability, and reliability of hardware, software, and all functions meet our high-quality standards,” added Steiner. “Like the Taycan, the all-electric Macan, with its 800-volt architecture, will offer typical Porsche E-Performance.” Porsche’s goal is to make the Macan EV the sportiest model in its segment while retaining its everyday usability.

When it debuts in 2023, the Macan EV will be the first vehicle in the Porsche lineup to get underpinned by the PPE architecture. This platform was first shown in the Audi A6 e-Tron Concept at the 2021 Shanghai auto show and will be shared with several brands under the Volkswagen Group umbrella. The Macan EV will be sold alongside an updated version of the internal combustion Macan, which is scheduled to arrive in late 2021.