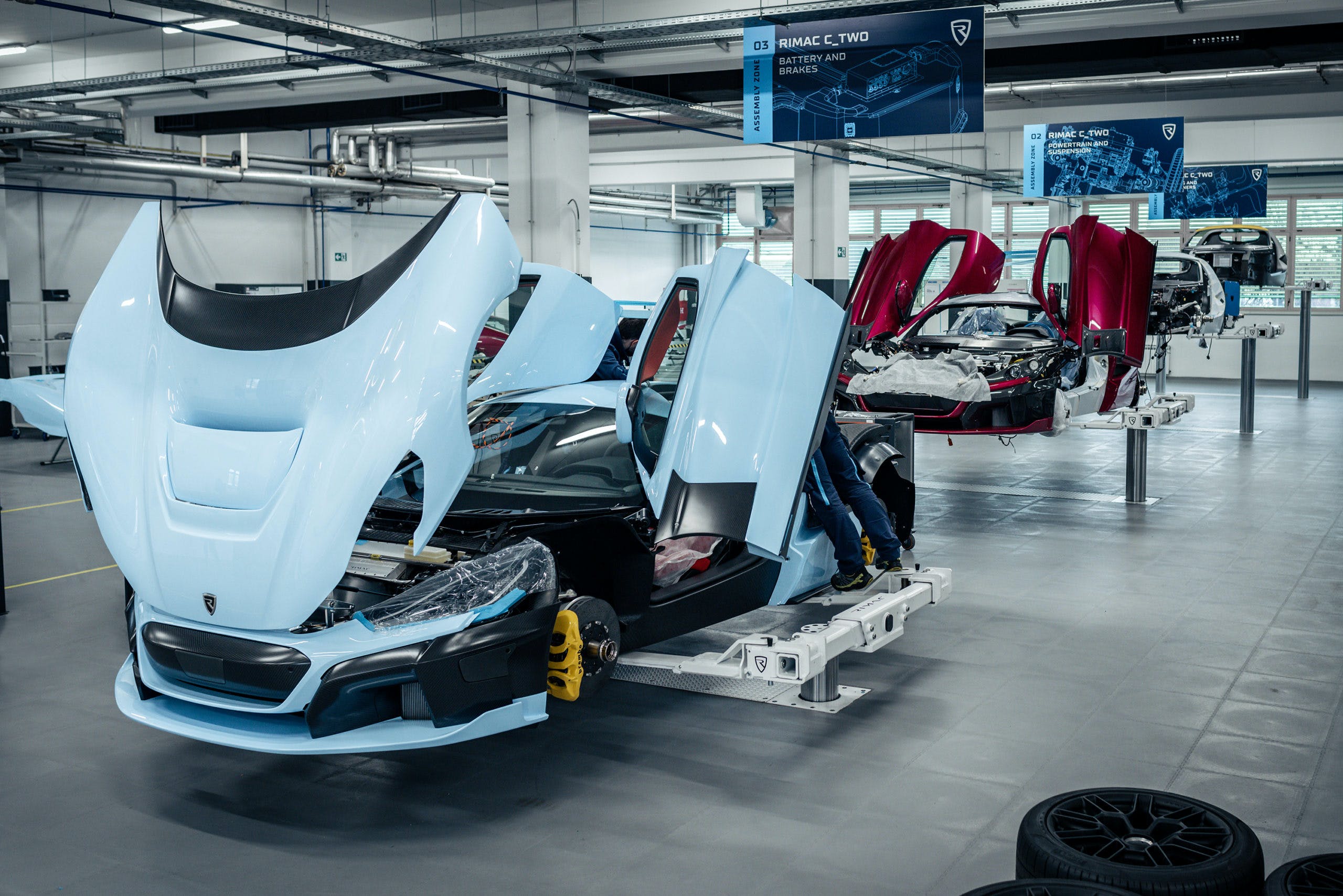 In a strong showing of its commitment to electrification, Porsche  announced further investment in Rimac. Porsche will increase its stake in the Croatian company to 24% and infuse it with an extra $83 million. In 2018, Porsche became an investor in Rimac and upped its stake to 15 percent in 2019.

“Rimac is excellently positioned in prototype solutions and small series,” says Lutz Meschke, Porsche AG’s Deputy Chairman of the Executive Board and Member of the Executive Board for Finance and IT. “Mate Rimac and his team are important partners, especially when it comes to supporting us in the development of components. This investment has paved the way for Rimac to become a Tier 1 supplier for Porsche and other manufacturers. Meschke also revealed that the German brand has already ordered more EV components from Rimac. “Mate Rimac inspires us with his innovative ideas,” added Meschke. “By the same token, he benefits from our know-how in production and methodological expertise in development.”

Porsche has invested in 20 startups and eight venture capital funds. Their investment in Rimac has since paid off because the company has become a key partner in developing electric vehicles. In addition to manufacturing components for EVs, Rimac also builds electric hypercars. The C_Two, its first one, begins production this year but will be limited to 150 units.

In addition to Porsche, Rimac’s other OEM partners include Hyundai Motor Group. Between the Hyundai and Kia brands, Rimac got an infusion of $94.9 million as part of the partnership, which was announced in 2019.