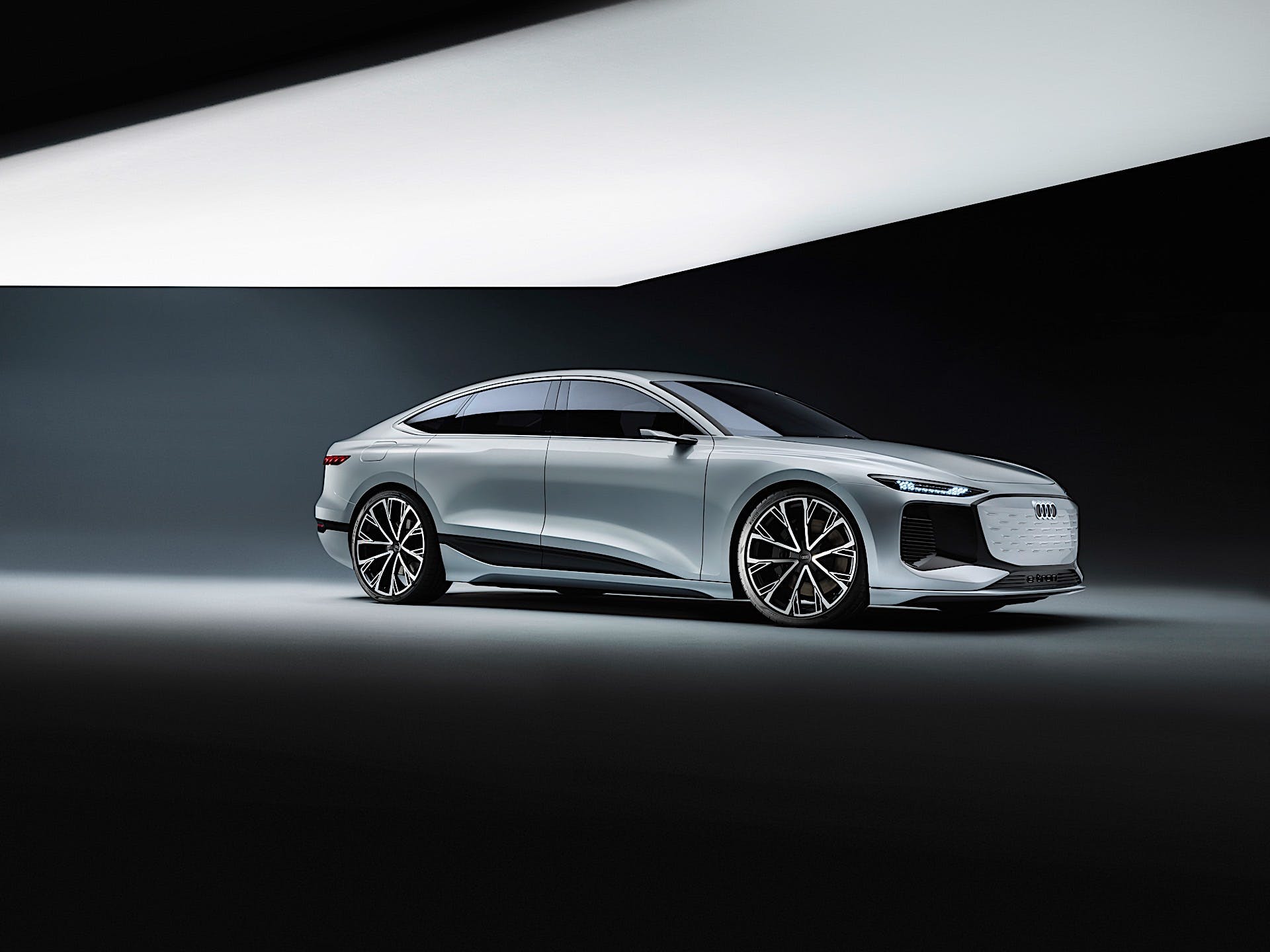 Audi used the 2021 Shanghai auto show to debut the A6 e-tron Concept, which rides on a new architecture called the Premium Platform Electric (PPE). This platform will underpin vehicles including the production A6 e-tron starting in late 2022. Audi will start moving compact and subcompact cars to the PPE platform during that time as well.

The Audi A6 e-tron Concept is the first vehicle on the PPE architecture, which is dedicated to battery-electric vehicles. While its exterior dimensions are similar to the current A6 sedan, the A6 e-tron sports a coupe-like roofline and is a Sportback, which in Audi speak, means it has a liftgate, not a trunk. Like other Audi e-tron models, the A6 e-tron has a closed single-frame grille, clean lines, and full-width LED taillights.

Thanks to the PPE platform’s modularity, battery size and wheelbase are scalable allowing it to be used for a wide variety of vehicles. Vehicles on PPE will be available with a dual-motor setup to retain Audi’s trademark Quattro AWD system. In the case of the A6 e-tron Concept, both electric motors make a combined output of 469 hp and 590 lb-ft of torque. The car’s suspension, which includes adaptive dampers, has been optimized for duty in an EV, too, featuring a five-link front and multilink rear axle.

Backing the two electric motors is a 100-kWh battery and 800-volt charging capability. That means the Audi A6 e-tron can charge at a rate of 270 kW allowing you to replenish the battery back up to 80 percent in under 25 minutes. In 10 minutes, you can gain back 300 km or 186 miles. Audi says that the A6 e-tron is capable of traveling up to 700 km or 435 miles per charge. Performance credentials are quite impressive, too, as even the base A6 e-tron can hit 100 km/h or 62 mph in under 7.0 seconds.

Audi models on the PPE platform will be manufactured in Europe and China with plans to offer them across all global markets. Initially, they will start rollouts in the most important markets for EVs. Crossovers and conventional cars will be underpinned by this architecture since it’s designed to accommodate a wide range of body styles.