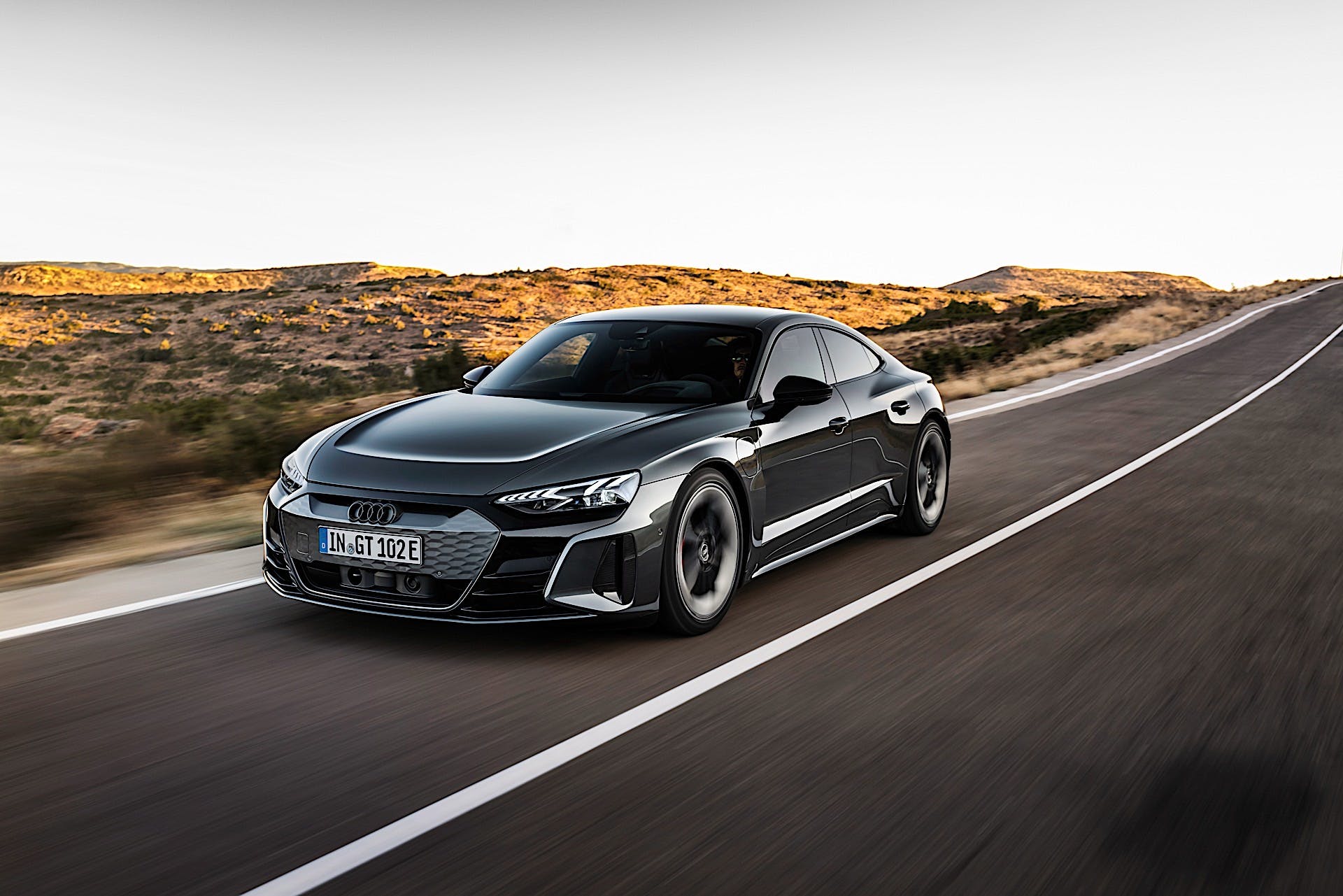 Audi has added a sporty electric sedan to its lineup in the form of the e-tron GT. In its journey from concept to production, the 2022 Audi e-tron GT didn’t change much, staying true to its svelte coupe-like design. The closed-off single-frame grille has been inverted and revised with a honeycomb pattern. Additionally, the car’s air curtains can open or close depending on how much cooling is needed for the brakes and radiator.

When it goes on sale in the U.S., the Audi e-tron GT will be available in two flavors: the standard e-tron GT and the performance-oriented RS e-tron GT. Both will feature a dual-motor setup but their outputs differ. The standard e-Tron makes 469 hp or 523 hp and 465 lb-ft of torque when the 2.5-second overboost function is activated. RS e-tron GT models are rated at 590 hp or up to 637 hp and 612 lb-ft on overboost, allowing it to hit 60 mph in 3.1 seconds. Top speed is limited to 152 mph and 155 mph for the e-tron GT and RS e-tron GT respectively. Like the mechanically-related Porsche Taycan, the e-tron GT is also equipped with a two-speed transmission, allowing it to have quick acceleration when needed and the ability to cruise efficiently at highway speeds thanks to the taller second gear.

Every e-tron GT will get a three-chamber air suspension setup as standard equipment. In addition to having the ability to provide a comfortable ride and agile handling, the air suspension can also lower the car by 0.9 inches or raise it by 0.8 inches. Each chamber can be activated or deactivated individually depending on the driving situation and works together with the standard adaptive dampers. All-wheel steering, which is standard on the RS e-tron GT and optional on the e-tron GT, allows the rear wheels to turn 2.8 degrees in the opposite direction to improve low-speed maneuverability.

The e-tron GT also gets a standard rear differential lock function for improved traction and stability. Brake and steering interventions complement the system. You can upgrade to an electronically-controlled unit on the e-tron GT (standard on the RS e-tron GT), which extends the locking range from 0 to 100 percent. This further improves hard braking performance and grip on slippery roads.