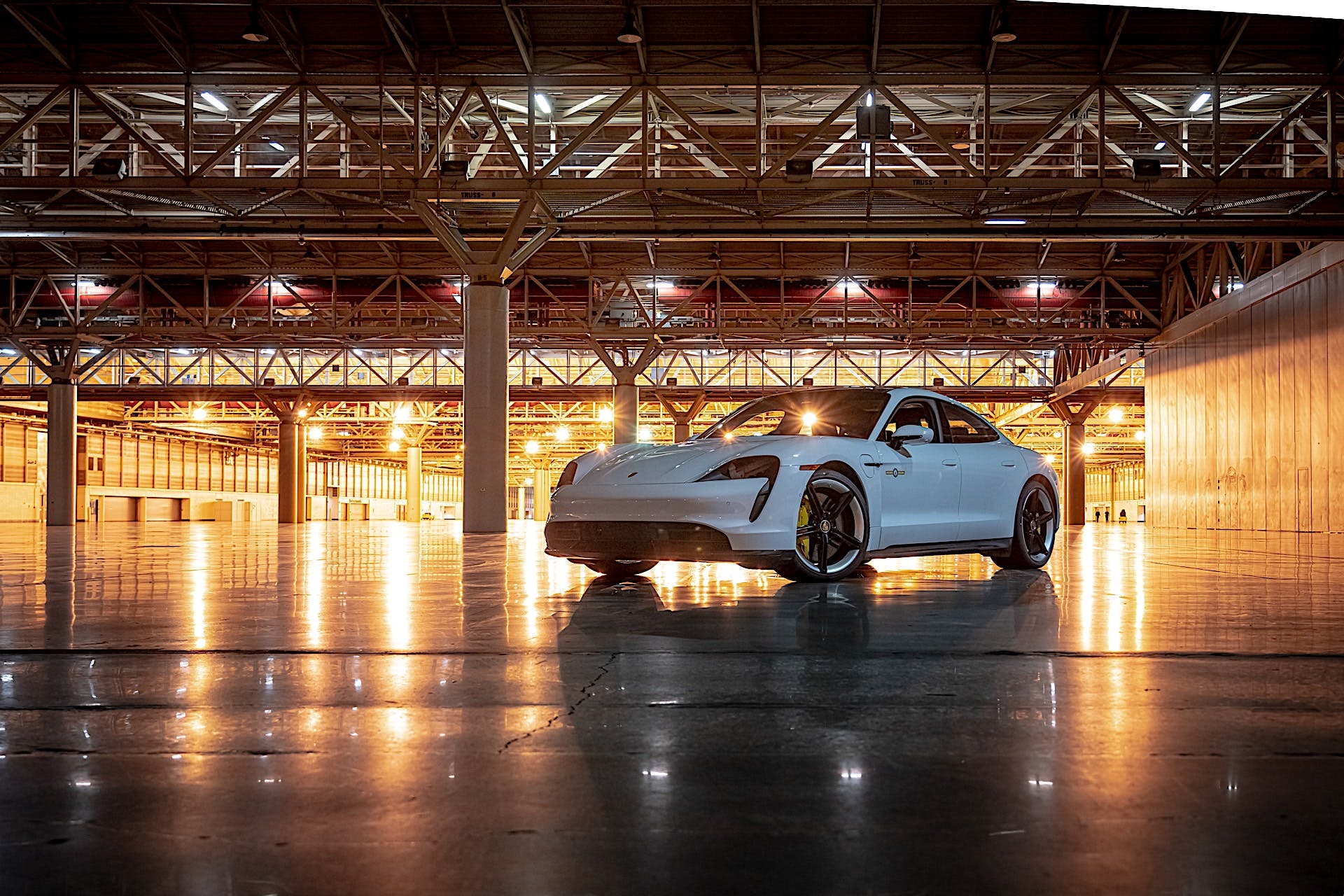 The Porsche Taycan is the embodiment of electrifying performance, offering track-ready capability and thrilling road manners in an emissions-free package. Its achievements have been piling up recently. Currently, the Taycan holds the record for the longest drift in an electric car and has set record lap times for EVs in several racetracks including the Nürburgring Nordschleife.

Porsche can now add another achievement to the Taycan’s long list. The EV sports sedan recently broke the Guinness world record for indoor land speed. Until recently, that stood at 86 mph. Now, the Taycan has upped the ante, recording 102.6 mph with racing driver Leh Keen behind the wheel. The record-breaking attempt was executed inside Ernest N. Morial Convention Center in New Orleans, Louisiana. At slightly over one million square feet, this facility provided the ideal amounts of spacing. However, the polished concrete meant it was like driving on ice.

For precautionary reasons, the tires were preheated before the first run. Keen’s strategy was to build up slowly and do slow, exploratory runs. Independent judges confirmed the 102.6-mph speed that Keen set as the new Guinness world record for the fastest speed achieved by a vehicle indoors. The vehicle used was a Porsche Taycan Turbo S, which has up to 750 hp and 774 lb-ft of torque from its two electric motors. This effectively gives the car AWD, providing additional traction.