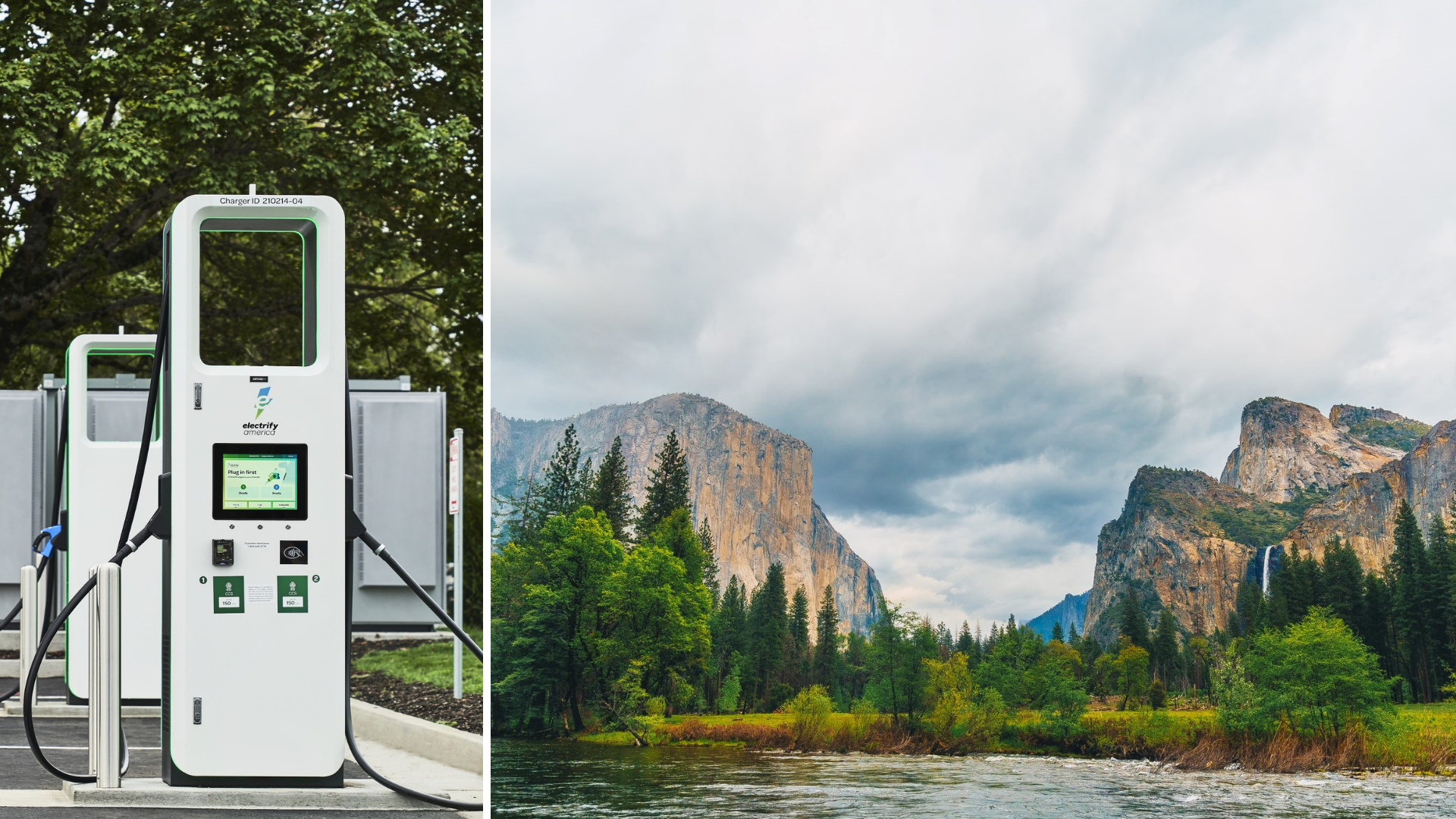 Electrify America has opened DC chargers in Buck Meadows, California, meaning if you’re driving a battery-electric vehicle to Yosemite National Park, you now have a place to charge. These chargers were opened in cooperation with the Yosemite Westgate and Buck Meadows Lodge, which gives EV drivers a place to charge before entering the park.

Yosemite Westgate and Buck Meadows Lodge are located 12 miles away from Yosemite National Park. The charging stations there will help facilitate EV travel in the area. Electrify America already has charging stations in Oakhurst, Bridgeport, and Bishop. This latest addition is part of its commitment to provide more DC chargers throughout the country to improve the infrastructure. Four charging stations will be installed two that can charge at peak rates of 150 kW and two more powerful 350 kW charges. Guests at the two hotels or those passing through the area will be able to charge conveniently on their way to or from Yosemite National Park. Electrify America’s 24-hour customer contact center will also be on hand to help assist in case of technical issues.

Most of the new charging stations will utilize CCS standard connectors as Electrify America has hinted that it’s starting to phase out the CHAdeMO plug. According to its research, only 7 percent of vehicles use the CHAdeMO connectors and that includes Tesla vehicles using an adapter. In 2019, that number was 15 percent, meaning the latest findings reveal a drop of over 50 percent in terms of CHAdeMO usage. Currently, 20 percent of Electrify America chargers use a CHAdeMO connector. Electrify America said that it plans to monitor charging trends to determine the right mix of chargers. By 2025, however, it expects 90 percent of EVs to use the CCS combo standard as more manufacturers switch to it in the U.S. and Europe.