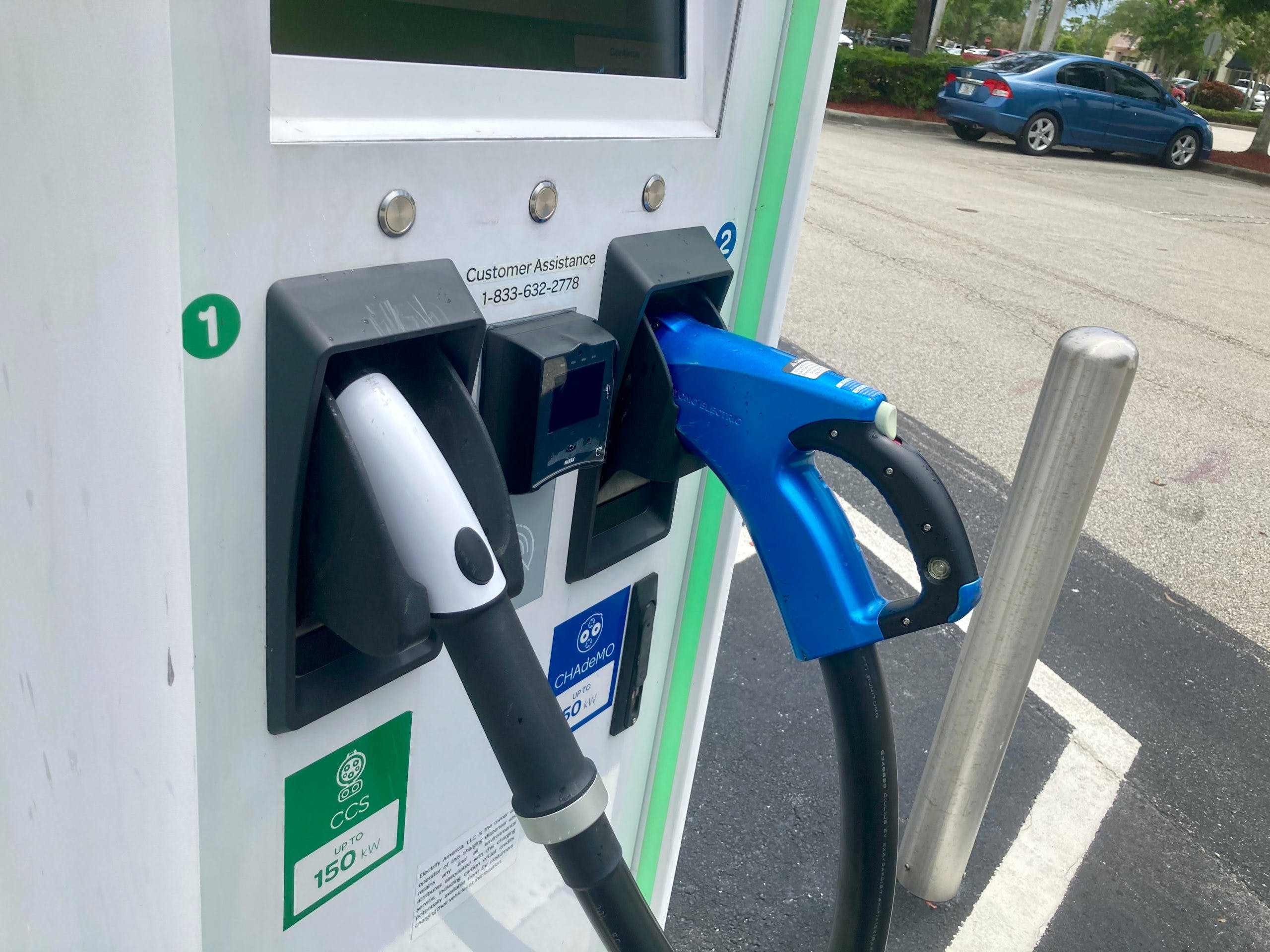 The writing was already on the wall with the CHAdeMO DC charging plug as automakers swap to the CCS standard. It looks like the final nail in the coffin has been put in place because Electrify America appears to be hinting that it won’t install CHAdeMO adapters into new stations starting in 2022. In the public version of the company’s California ZEV Investment Plan: Cycle 3 document, it has noted that manufacturers have converged onto the CCS connector as the new standard on all battery-electric vehicles outside of Tesla.

In the U.S. there are only two vehicles left using the CHAdeMO connector for level 3 DC charging: the Nissan Leaf and the Mitsubishi Outlander PHEV. With the upcoming Ariya switching to CCS in the U.S. and Europe, we expect Nissan to use that standard in its future EVs. Although Mitsubishi hasn’t disclosed if the next Outlander PHEV will get DC charging capability, we won’t be surprised if it did because it will get a larger battery and more power. Should the next-generation Outlander PHEV arrive with DC charging capability, it’ll likely ditch the CHAdeMO connector in favor of the CCS plug.

CHAdeMO first emerged as the DC charging standard in 2010 as the Tokyo Electric Power Company’s (TEPCO) design for a connector. It created an association with Japanese companies, which included Nissan, Subaru, Mitsubishi, and Toyota, to develop and create an infrastructure of charging stations. The first CHAdeMO station launched in 2009 together with the introduction of the Mitsubishi i-MiEV. Europe currently has the largest number of CHAdeMO chargers at 9,200 followed by 7,600 in Japan and roughly 3,200 in North America. Another 5,300 chargers can be found in other regions combined.

Early EVs like the first-generation Nissan Leaf and Kia Soul EV used the CHAdeMO standard for DC charging. However, other automakers eventually switched to CCS or launched their EVs with it. The Ford Focus Electric and Chevrolet Spark EV, for example, got the CCS connector when they launched. Since then, more EVs have launched with CCS in the U.S. and European markets.

From the looks of it, CHAdeMO will remain the main standard in Japan where it originated from. In the U.S., CCS will be the main connector in addition to Tesla’s proprietary plug for its Supercharger network. New EVs that launched without a Tesla badge all use the CCS plug regardless of the price point.