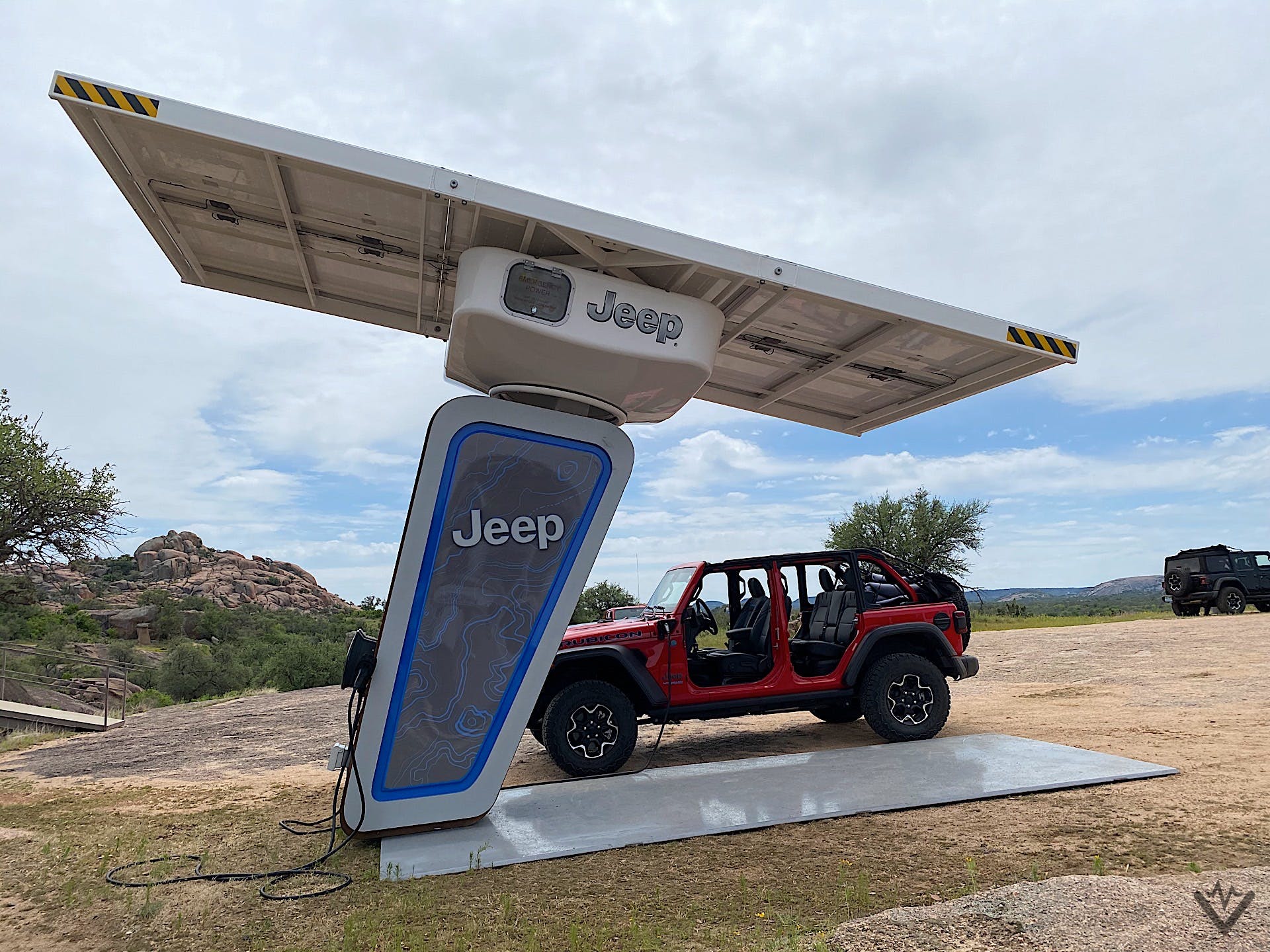 When Jeep announced the Wrangler 4xe, the company said that they would be installing electric vehicle chargers at popular trail sites across the country. As time progressed, we learned these chargers would be implemented by Electrify America and that they would be solar powered. Now we’ve had a chance to see one up close.

At the first drive program for the 2021 Jeep Wrangler 4xe, Jeep delivered one of the Beam EV Arc solar charging units to the off-road site. These units are then installed with level 2 Electrify America wall chargers and given a big dose of Jeep branding.

Two level 2 chargers can be installed on the unit, and the unit can deliver around 9 kW of total power distributed between both chargers. If there’s only one charger plug in, a Wrangler 4xe can recoup 100% of its electric range in approximately 2 hours.

While not the fastest chargers in the world, they’re powered entirely by the sun. A large solar panel is attached to the top of the unit, and it’s connected to a motor that repositions the panel throughout the day.

That means the panel is almost always facing direct sunlight to capture the most energy from that giant fireball in the sky.

A battery on board stores the energy in case there is no sunshine. Plus, upon closer inspection, it looks like it can be attached to the power grid as a backup source of electricity. But for the remote installs where Jeep is putting them, that backup source likely won’t be an option.

These units really are slick. They’re easy to install and easy to use. They aren’t too big. As long as a trailer big enough to haul them can get to where the brand wants to deploy them, it should be a piece of cake to roll these out.

Faster charging would always be appreciated, but this is a really cool, completely off-the-grid solution to offering EV charging. We wouldn’t be surprised if we see Rivian and others offering something similar.