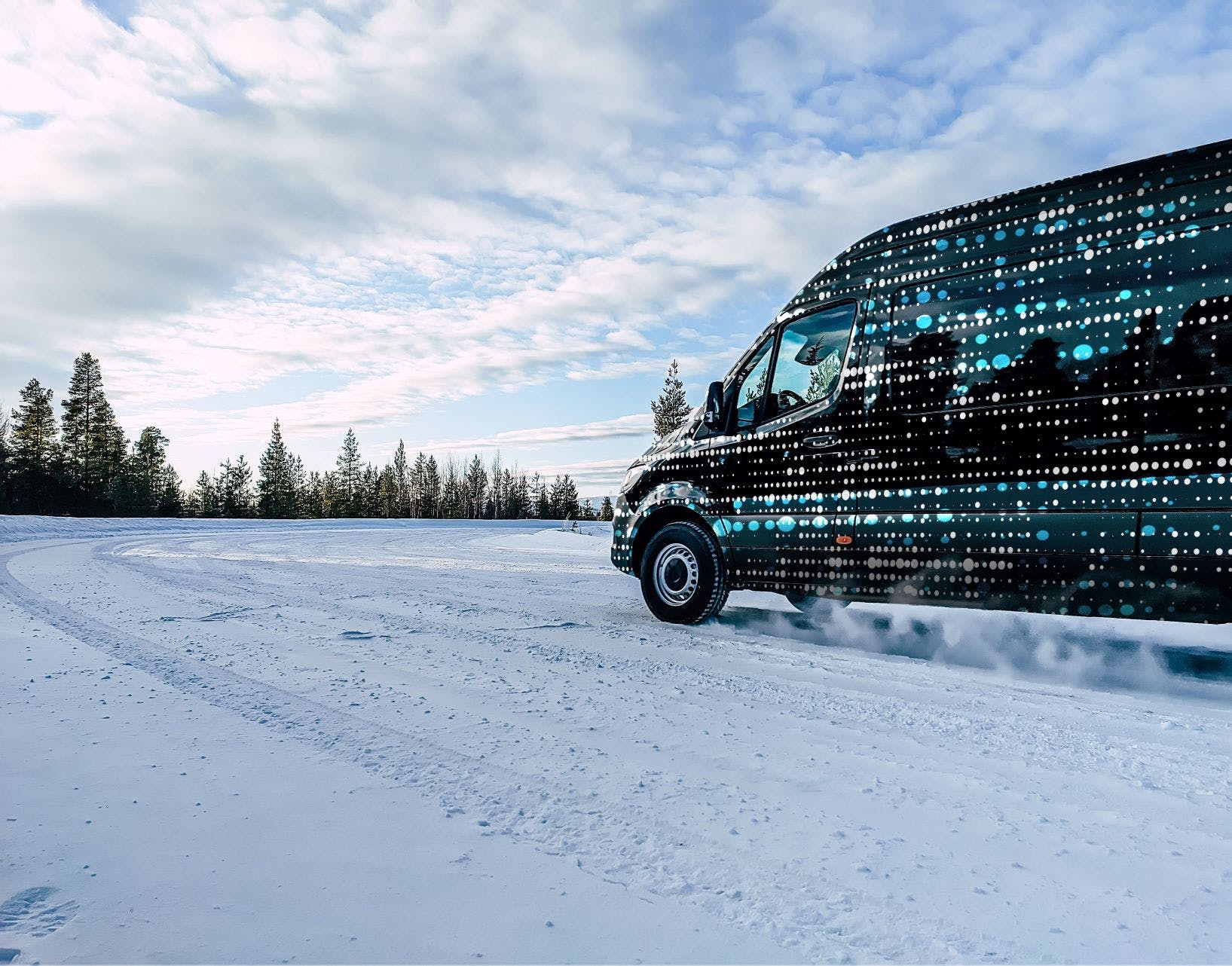 Mercedes-Benz Vans has completed the cold weather testing on its next-generation all-electric model. The Mercedes-Benz eSprinter will succeed the current internal combustion model and must be able to endure the same rigorous work as the existing van. It was put through extreme conditions in Sweden’s Arjeplog region where it got battered by cold winds and temperatures of up to -30 degrees. This results in a thorough evaluation in harsh weather for both the vehicle and driver.

During this part of the development stage, the Mercedes-Benz eSprinter was also put through handling, ergonomics, thermal management, and cabin comfort tests. These are meant to test how resistant the drive components, heating systems, software, and interfaces are to low temperatures. The evaluations start in special cold chambers where the vehicles are cooled down before their test drives. Charging management and behavior are also examined and precisely optimized.

The eSprinter was designed in cooperation with customers including those in the delivery business. In addition to the wide range of body styles, which includes panel vans and chassis cabs, Mercedes will offer three battery options on its all-electric Sprinter. This will broaden the vehicle’s appeal to more buyers and new markets like the United States and Canada. The new van’s range is also expected to more than double the current model sold in Europe that’s currently good for around 93 miles on the WLTP cycle.

Production of the next-generation eSprinter will start in the second half of 2023. They’ll be produced in Germany at Mercedes’ Düsseldorf and Ludwigsfelde plants. For the first time, the eSprinter will also be manufactured in the U.S. at Mercedes’ Charleston, South Carolina facility. The automaker also declared that the all-electric van will be produced in factories that are carbon neutral. In total, Mercedes has invested around €350 million ($395 million) in the development of the next-generation eSprinter. Roughly €50 million ($56.5 million) of that were used to upgrade the production line at the three plants.

Mercedes-Benz has announced that it will launch only battery-electric vehicles from 2025 onward in markets with the infrastructure to support them. It aims to become a leader in the electric age and will leverage its experience in commercial vehicles to stay at the top. To support its transition, Mercedes-Benz Vans is developing an all-electric architecture called VAN.EA. This platform is designed specifically for battery-electric vehicles with the first models underpinned by it launching in the mid-2020s. That means the next-generation eSprinter could be one of the vans or it may also be the final one on a shared platform with an internal combustion version.

Alongside VAN.EA, Mercedes-Benz is also developing two other platforms for its vehicles. MB. EA will be used for medium to large vehicles while AMG. EA is designed specifically for performance models. It will also vertically integrate its operations with manufacturing, development, and insource electric drive technology under division. Currently, Mercedes’ EQ vehicle family uses a convergence platform for the EQA and EQB that’s shared with the GLA- and GLB-Class vehicles. The EQS and EQE, which will be sold in sedan and SUV body styles, will ride on the EVA architecture, Mercedes’ first platform developed specifically for EVs.

The Mercedes-Benz eSprinter won’t be the only battery-electric van in the lineup. A smaller model called the EQTwill also join the lineup and was previewed by a concept last year. It’s essentially an EV version of the T-Class, which is the smallest of the three commercial vans in the Mercedes lineup, slotting below the V-Class or Metris as it’s known in the North American market. Cargo and passenger versions will be offered including a luxed-up retail variant.