Mercedes-Benz will only launch electric vehicles from 2025 and forward 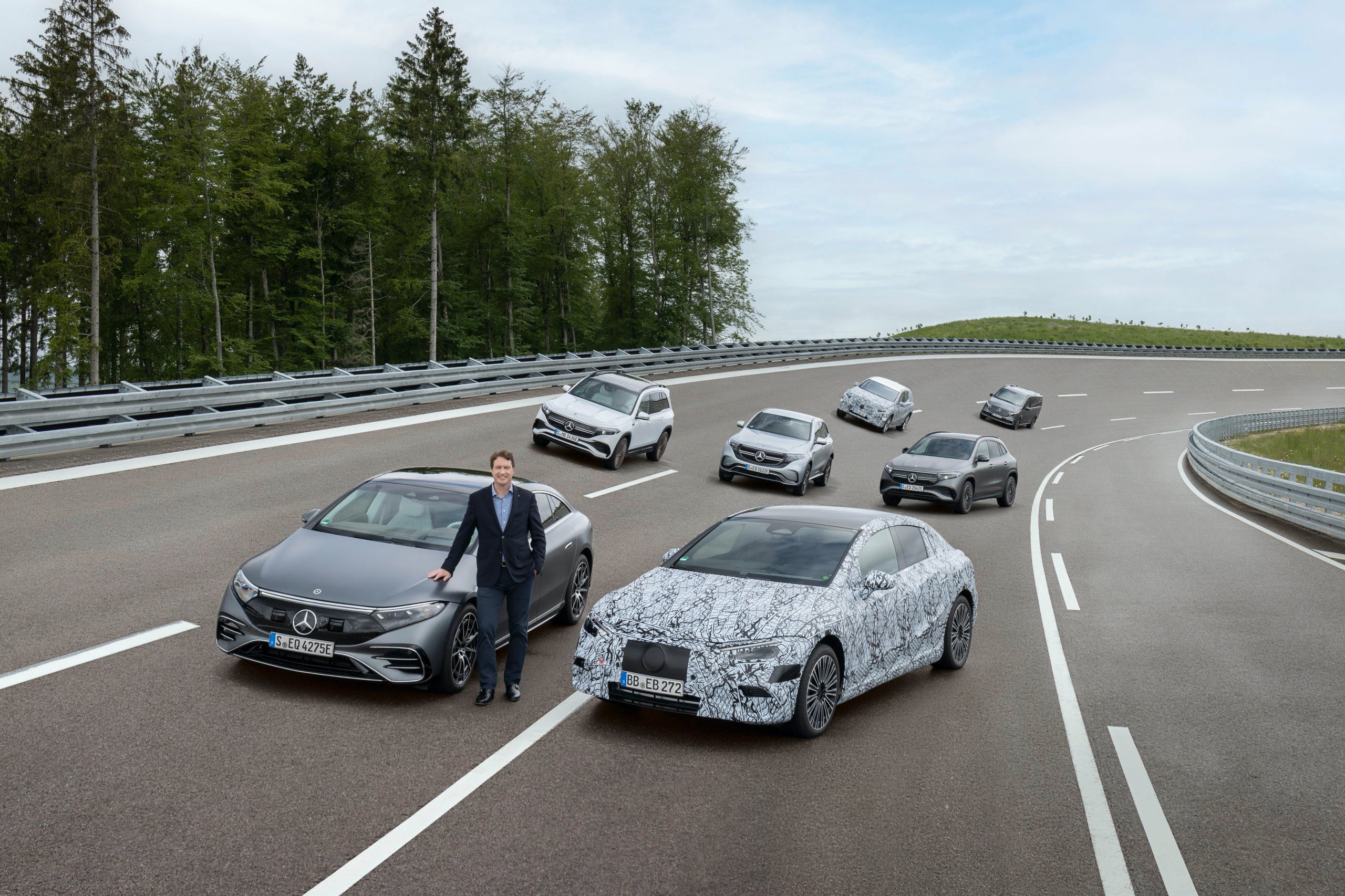 Mercedes-Benz has revealed its electrification strategy for the future and it’s quite aggressive. By 2022, the brand will have a battery-electric vehicle in every segment it’s in. From 2025 onward, it will launch only EVs while retaining its profitability targets and accelerating its transformation into an electric-only brand. This move will be spearheaded by the introduction of three platforms specifically built for electric vehicles.

“The EV shift is picking up speed — especially in the luxury segment, where Mercedes-Benz belongs. The tipping point is getting closer and we will be ready as markets switch to electric-only by the end of this decade,” said Daimler AG and Mercedes-Benz AG CEO Ola Källenius. “This step marks a profound reallocation of capital. By managing this faster transformation while safeguarding our profitability targets, we will ensure the enduring success of Mercedes-Benz. Thanks to our highly qualified and motivated workforce, I am convinced that we will be successful in this exciting new era.”

In 2025, Mercedes-Benz will launch its three EV platforms. MB.EA will cover all medium to large-sized vehicles and will be scalable and modular. AMG.EA is dedicated specifically to performance-oriented Mercedes-AMG models while the VAN.EA will be used specifically for electric vans and light commercial vehicles.

Mercedes-Benz plans to continue vertically integrating its operations with manufacturing, and development, and insource electric drive technology all being put under one roof. It recently reorganized its powertrain activities, which put planning, purchasing, and production all under a single umbrella. Mercedes will also acquire YASA, an electric motor maker based in the U.K., giving it access to a unique axial flux motor technology to help it develop its next-generation propulsion systems. The in-house built eATS 2.0 motor will also be part of the strategy, which focuses on overall efficiency and the cost of the entire system, which also includes software and inverters. China will be one of the key markets for electrification since it’s also home to companies and suppliers that specialize in EVs, some of which will help Mercedes-Benz accelerate its plans.

Battery supply will be crucial and Mercedes-Benz expects it will need a capacity of 200 GWh. The brand plans to set up eight gigafactories to produce battery cells alongside its partners and that’s on top of the nine that will build battery systems. Mercedes’ next-generation batteries will also be usable for over 90 percent of its vehicles and be flexible enough to offer tailored solutions for each customer. They’ll also work with new European partners to develop next-generation cells and modules, keeping the European continent at the center of the auto industry in the era of electrification. The move to vertically integrate the production and development of batteries will also help increase range during the vehicle’s life cycle. Mercedes will partner with companies like SilaNano to develop new batteries with a higher energy density and use a silicon-carbon anode, which will shorten charging times and increase range. Solid-state batteries are also in the works and will be a collaborative effort between Mercedes-Benz and its partners.

Mercedes-Benz aims to make charging easier via its Plug & Charge feature. This will allow owners to simply plug the vehicle in and charge, eliminating the extra authentication and payment processing steps. The EQS will be the first to get the feature later this year. Mercedes is also working with Shell’s Recharge network to expand the availability of charging stations by 2025 in Europe, China, and North America beyond the 30,000 already in operation. This also includes over 10,000 DC charging units globally. Premium charging stations with additional amenities will also be added by Mercedes in Europe in an attempt to create a bespoke experience.

To showcase its next-generation electric vehicles, Mercedes-Benz is currently developing the Vision EQXX Concept, an EV with a real-world range of over 1,000 km or 621 miles and aims to get 6 miles per kWh during normal highway driving speeds. Mercedes’ development team includes the F1 High-Performance Powertrain division (HPP). The car will debut next year and the technological advances showed in it will eventually find their way to future Mercedes-Benz vehicles.

Mercedes’ EV production network will be designed to ramp up and follow market demand. Thanks to its investment in flexible manufacturing and the MO360 production system, the company can easily mass produce EVs today. Seven facilities across three continents will produce eight all-electric Mercedes-Benz models as early as next year and will be carbon neutral by 2022. In collaboration with GROB, a leading German company in battery production and automation system, Mercedes will strengthen its battery production and know-how, focusing mainly on the module and pack assembly. A new battery recycling facility in Kuppenheim, Germany will open in 2023 provided it gets approval from local authorities.

As Mercedes-Benz transforms into an EV company, it will also work with employee representatives to re-skill the current workforce. TechAcademies will offer training so that employees can qualify for the needs of the electric era. In 2020, 20,000 employees in Germany received training for e-mobility skills. Mercedes will also create 3,000 software engineering jobs worldwide to work on the upcoming MB. OS operating system.

Despite its move toward electrification, Mercedes isn’t planning on changing its financial targets. It remains committed to 25 percent of its vehicles sold as hybrids or pure EVs by 2025 and it won’t raise the proportion of high-end EVs sold such as Maybach and AMG models. Mercedes also plans to take more direct control of pricing and sales and making sure the costs are fixed. “Our main duty in this transformation is to convince customers to make the switch with compelling products. For Mercedes-Benz, the trailblazing EQS flagship is only the beginning of this new era,” said Källenius. Common batteries and scalable EV-specific platforms should also help create a standardized base and lower overall costs. Between 2019 and 2026, Mercedes-Benz is also dropping investments in combustion engines and plug-in hybrid powertrains by 80 percent. As a result, it projects company margins to remain the same as it is during the internal combustion period.