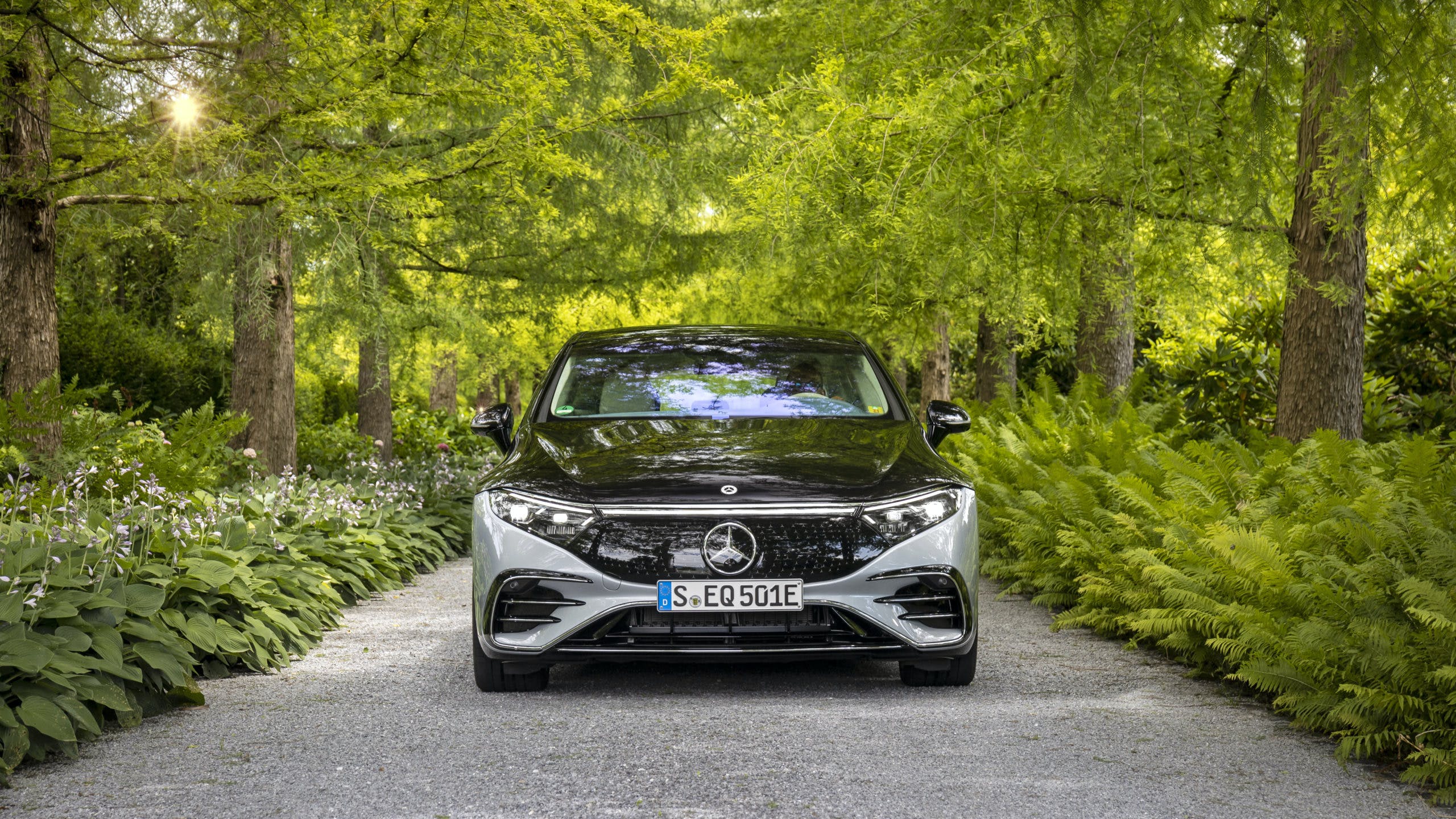 The electric flagship of the Mercedes-Benz brand finally has a price tag and it’s quite competitive. Starting at $103,360, the 2022 Mercedes-Benz EQS comes with a long list of standard equipment. Base EQS 450+ models get the brand’s full suite of driver assistance features including heated and ventilated front seats, 20-inch alloy wheels, a surround-view camera, rear-wheel steering, the MBUX interface with a 12.8-inch main touch screen, and a Burmester 3D surround sound system. The MBUX Hyperscreen, which features three displays totaling 56 inches worth of screens, is optional on the EQS 450+ and standard on the EQS 580, which starts at $120,160. The EQS also debuts a new trim structure for Mercedes-Benz with the base model dubbed Premium.

Mid-grade variants of the 2022 Mercedes-Benz EQS are called Exclusive. They build on the Premium trim with features like multi-contour front seats with massage function, a head-up display, an air balance package, and four-zone climate control. The EQS 450+ Exclusive starts at $106,670 while the EQS 580 Exclusive costs $123,560. At the top of the range is the Pinnacle grade, which starts at $109,560 for the EQS 450+ and $126,360 for the EQS 580. That gets you power-operated rear seats with heating, ventilation, and memory, additional USB ports, larger headrests, and a center armrest with an integrated wireless charger.

You’ll be able to choose between two powertrains when the EQS arrives later this year. The EQS 450+ has a single electric motor and RWD. It produces 329 hp and 419 lb-ft of torque. If you’re looking for more power, the EQS 580 adds a second electric motor for a grand total of 516 hp and 631 lb-ft. Both variants use a 107.8-kWh battery pack and come with an air suspension standard. Charging takes 11.25 hours using a level 2 AC charger. The EQS’ onboard charger is rated for 9.6 kW. Using a level 3 DC charger allows you to charge from 10 to 80 percent in 30 minutes at peak rates of up to 200 kW.

The EQS is the first vehicle on Mercedes-Benz’s EVA platform, which was built specifically for battery-electric vehicles. It will be followed by the EQS SUV, EQE sedan, and EQE SUV. A high-performance AMG variant dubbed the EQS 53 4MAtic+ joins the lineup next year with up to 751 hp and 752 lb-ft with the AMG Dynamic Plus package. The EQS 450+ and EQS 580 are aimed directly at the Porsche Taycan, Audi e-tron GT, and the Tesla Model S. Due to the long list of standard equipment, the EQS 450+ starts higher but has more features than the e-tron GT. However, when you equip the Taycan and Model S similarly, they end up costing similarly to the EQS 450+.

Mercedes gets the edge with the EQS 580 because it has more power than the Taycan 4S, slotting it between the standard version and more powerful competitors like the Taycan Turbo and Turbo S, RS e-tron GT, and long range and performance versions of the Model S. You’ll need to wait for the AMG EQS 53+ 4Matic to get a high-performance Mercedes-Benz electric sedan that’s the equivalent to the sporty versions of its rivals.

The 2022 Mercedes-Benz EQS starts the brand’s all-electric offensive. It will be followed by an SUV version of the EQS, which was previewed by a Maybach concept car. Following the EQS models are the EQE sedan and SUV, both of which are mid-size vehicles. In addition to vehicles based on the EVA platform, Mercedes is also adding the EQB, the all-electric version of the GLB-Class compact crossover, to its U.S. lineup.