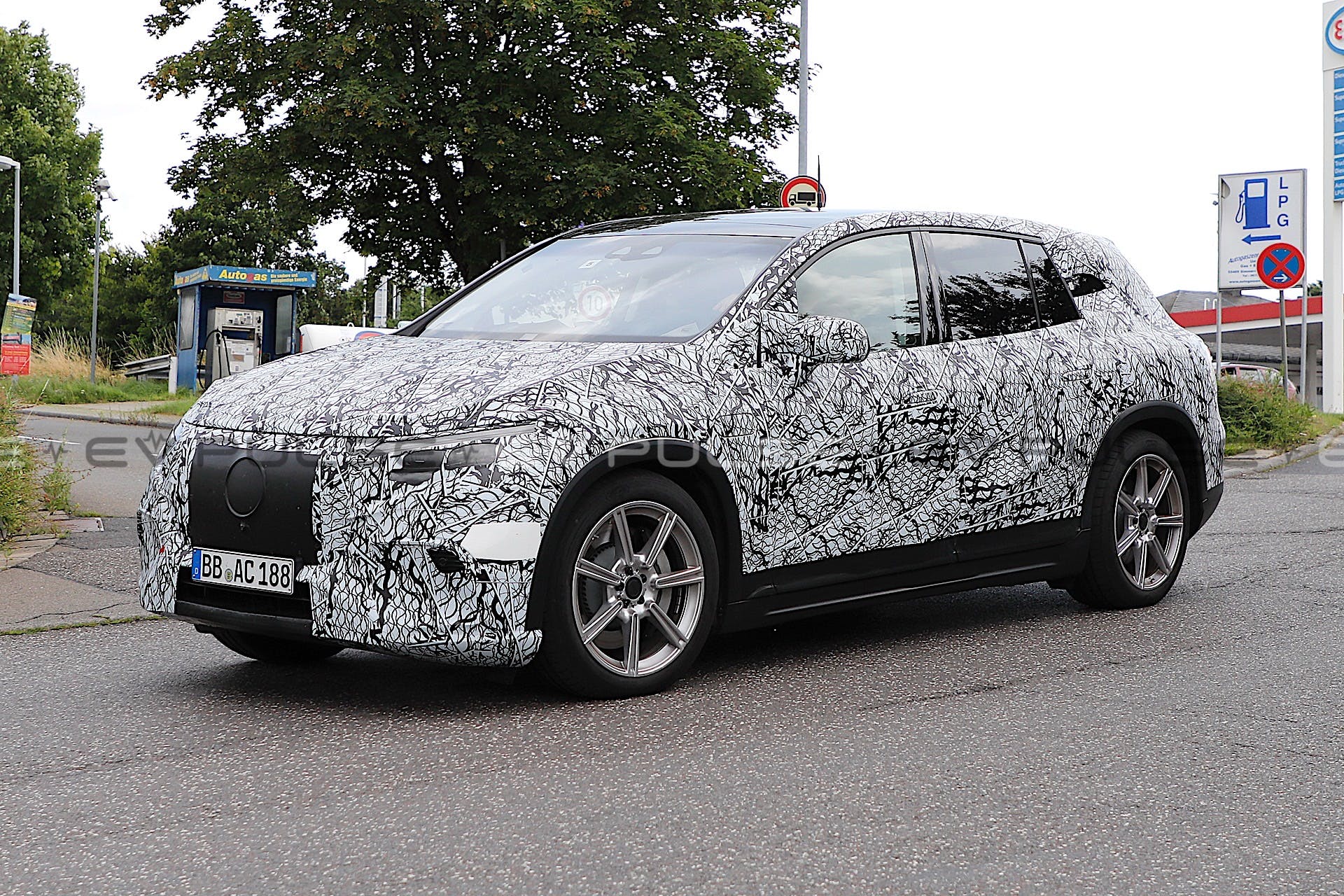 The upcoming 2023 Mercedes-Benz EQS SUV has been caught testing once again. This time, it has dropped the plastic cladding and you can now see its production taillights. Just like its sedan sibling, the taillights appear to be two clusters connected together by a thin full-width LED strip.

With most of the plastic cladding gone, the 2023 Mercedes-Benz EQS SUV’s shape is now more visible. In typical battery-electric crossover fashion, the vehicle looks more like a big, tall wagon than a rugged utility vehicle. There doesn’t appear to be much ground clearance, adding to the car-like look. However, unlike the Tesla Model Y, the EQS SUV is more upright, ditching the wedge-like silhouette that many brands have gone to for maximum aerodynamics. The shape should provide better interior volume and visibility but could come at the cost of the crossover’s wind-cheating capabilities.

The rest of the car is distinctly part of Mercedes’ EQ family. Even with the camouflage on, you can see that the headlights are part of the grille-free face. Additionally, there’s also a large radar sensor right in the center where the Mercedes-Benz three-pointed star logo would go. There also appears to be a single LED light strip running across the whole front end. The EQS SUV’s length appears to be similar to your typical mid-size three-row crossover, which means this rig may seat up to seven depending on the configuration.

In total Mercedes will have a total of nine vehicles in its EQ lineup but not all will come to the U.S. The EQA, EQT, first-generation EQC, and EQV are not crossing the Atlantic. Following the EQS sedan, the EQB and EQE sedan are coming next. Mercedes’ EVA platform underpins all EQS and EQE variants while a convergence platform will be used in the EQB.

Expect the same powertrain options found in the EQS sedan to make their way into the EQS SUV. The one big difference is that every variant of the EQS SUV should get a dual-motor layout. In the U.S., the base version should be the EQS 450+ SUV, which should get more power than the single-motor EQS 450+ sedan’s 329 hp and 406 lb-ft of torque. The EQS 580 should retain the same 516 hp and 611 lb-ft as in the sedan. A Maybach version of the EQS SUV has been confirmed to debut next year by Mercedes-Benz. That version will likely be only a four-seater just like the Maybach GLS 600. A high-performance AMG model with around 630 hp could also be in the cards.

The EQS SUV should only be available with the 107.8-kWh battery. In the EQS sedan, Mercedes says it can DC charge at a peak rate of 200 kW, allowing it to regain 183 miles in 15 minutes on the WLTP cycle or get back 80 percent in 31 minutes. On a level 2 AC charger, the EQS SUV should also retain the 9.6- to 11.25-kW maximum rates. Expect the EQS SUV to have a lower driving range than the sedan, though, due to its size and more upright shape, which isn’t as aerodynamic as the EQS sedan’s low-slung, coupe-like shape.

Look for the 2023 Mercedes-Benz EQS SUV to arrive in 2022 as the fourth crossover in the EQ lineup following the EQA and EQB. It will be the second one for the U.S. because the EQB will arrive here before it. The EQS SUV and its smaller sibling the EQE SUV will be built in the U.S. at Mercedes’ Tuscaloosa, Alabama plant, which will get upgraded as part of its transition to battery-electric vehicle production.