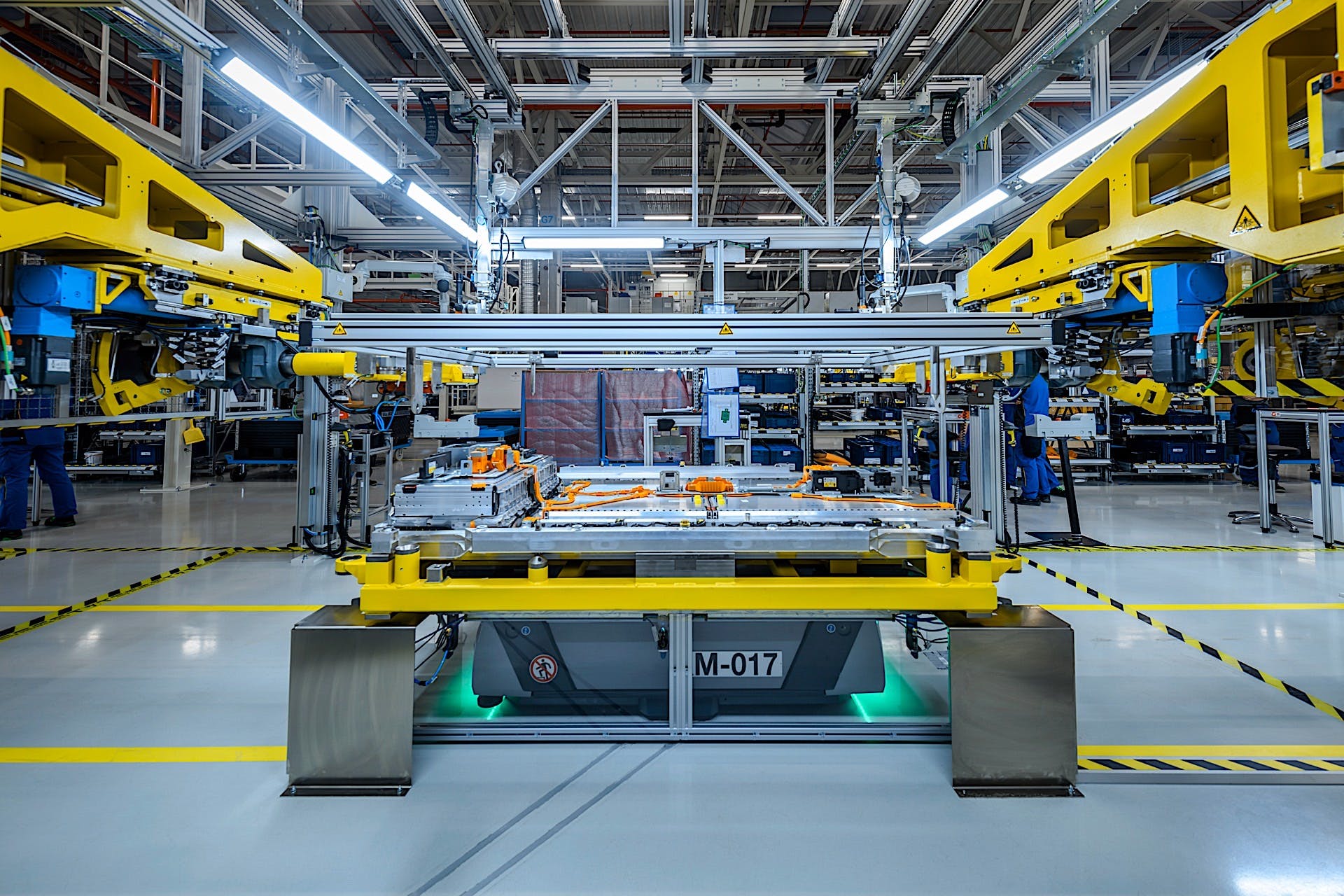 Mercedes-Benz has announced that it is expanding its partnership with GROB-WERKE, a leading company in the battery and automation space. This is part of Daimler’s electrification initiative, which will establish a network of nine factories on three continents. By 2030, Mercedes aims to make only electric vehicles. The first four EQ models, two of which are on the EVA platform, arrive this year.

“The global Mercedes-Benz battery production network is a key pillar of the Mercedes-EQ model offensive, and the foundation of our strategic shift from “Electric First” to “Electric Only,“ says Jörg Burzer, Member of the Board of Management of Mercedes-Benz AG, Production and Supply Chain Management. Through our partnership with GROB-WERKE, we want to leverage further potential in the area of manufacturing technology in terms of efficiency, digitization, and sustainability and thereby further expand our battery production capacity.”

This cooperation will mainly focus on establishing efficient battery production facilities for Mercedes’ global network. It will include the assembly of both the battery packs and modules to strengthen the brand’s know-how overall capacity. Mercedes already uses production systems from GROB-WERKE at its battery plants. This partnership will eventually expand further so that both companies will work on the development and construction of highly specialized manufacturing facilities.

“Mercedes-Benz and GROB-WERKE have been working together successfully for many years,” says German Wankmiller, Chairman of the Board of GROB-WERKE GmbH & Co. KG. With this cooperation, we want to continue to be a strong partner for Mercedes-Benz in the future, with innovative plant concepts for battery modules & packs.” The result of this partnership will come to fruition on Mercedes-Benz’s EQ vehicle lineup starting in 2025.

Mercedes’ battery production network will span across the three continents. The first two facilities, Brühl, Germany, and Tuscaloosa, Alabama, will start production in 2022. They will be joined by three more German facilities in Kamenz, Sindelfingen, and Hedelfingen. In addition, a fourth European plant in Jawor, Poland will also come online. In Asia, there will be two battery facilities, one in Bangkok, Thailand, and another near Beijing in China.

If you noted, most of the battery facilities are located near major Mercedes-Benz assembly and manufacturing plants. This makes sense because the brand’s EQ vehicles are all going to be built in those locations. The EQS sedan, for instance, already started production in Sindelfingen, Germany where one of the battery plants will be located at. Tuscaloosa, Alabama is where the EQS SUV and EQE SUV models will be made. The EQA and EQB will be assembled in Europe and China, the latter will be mainly for the local market. Mercedes is already working on a second-generation EQC plus electric versions of two commercial vans the EQV and EQT, which will likely be specifically for the European market.

Following the EQS sedan, the EQE sedan will be the next battery-electric Mercedes to debut at the 2021 Munich auto show. Next year, the EQS SUV and EQE SUV will join the lineup followed by a Maybach version of the former. High-performance AMG versions are also coming with the first one arriving alongside the first AMG hybrid, which is expected to be the AMG GT 73 Four-Door Coupe. In 2024, the all-electric G-Class will join the Mercedes-Benz lineup.