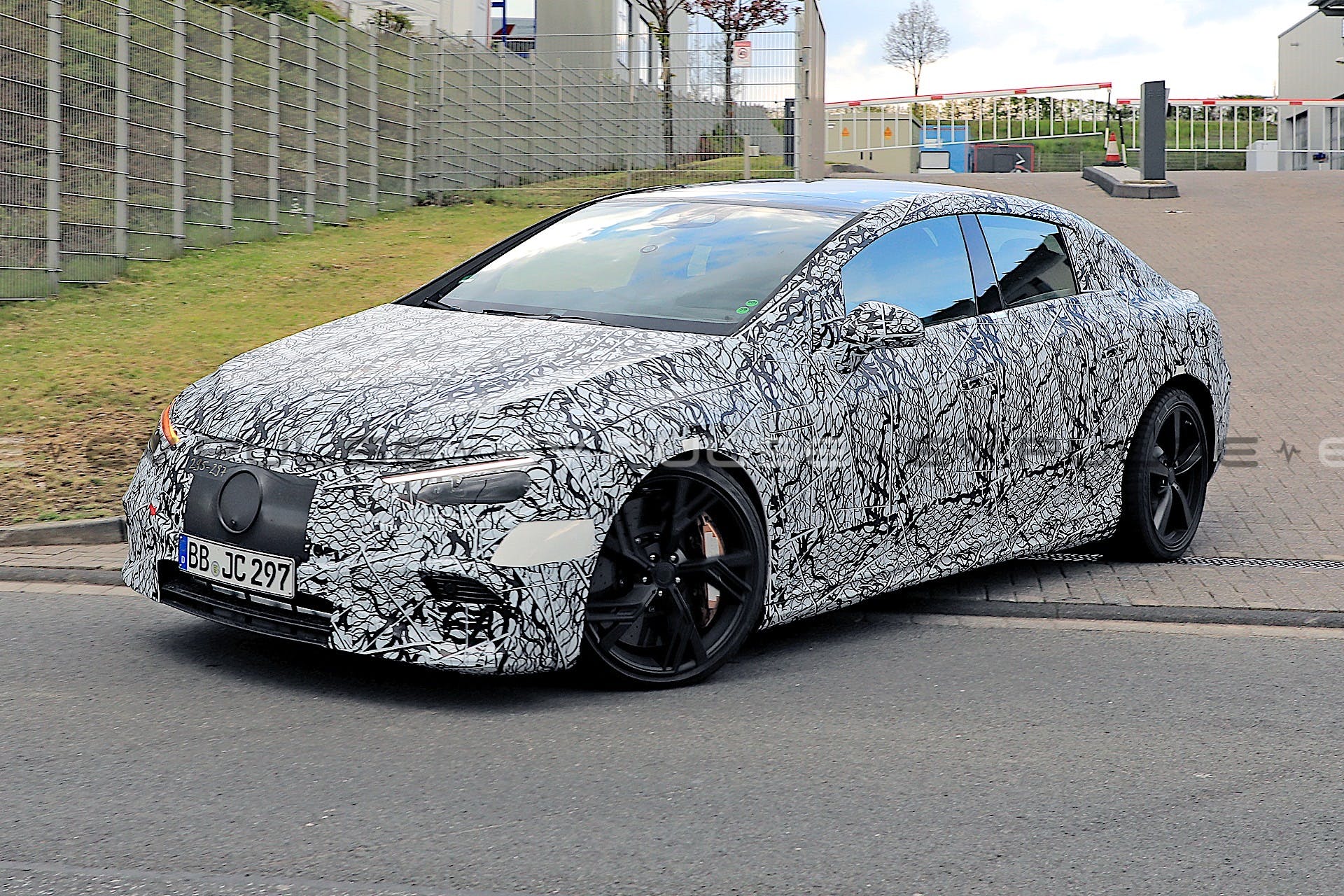 We know that Mercedes-Benz’s EQ lineup is growing rapidly and two more crossovers and the EQE sedan are on the way. The latter is due in late 2021 and it appears that it will also get the full AMG treatment just like the larger EQS. Spy photographers have caught a prototype of the AMG version of the upcoming EQE sedan testing near the Nürburgring.

Even with the camouflage, you can tell this Mercedes-Benz EQE prototype sedan is an AMG version thanks to several giveaways. The most obvious ones are the massive drilled brakes with gold calipers in front behind the black alloy wheels, and super-skinny but likely extremely grippy tires. Look closer at the lower front fascia and you’ll find what appears to be larger openings to help cool the brakes.

Like its EQS, the Mercedes-Benz EQE sedan has a super short rear deck lid and massive greenhouse. It also retains the coupe-like roofline and rounded proportions of its larger sibling, only shrunken down to mid-size dimensions. You also notice the headlights connected to the closed-off grille in front.

The Mercedes-Benz EQE sedan is aimed directly at the Tesla Model S in terms of dimensions. Expect it to get a full range of AMG variants including 43, 53, and 63 models since Mercedes recently trademarked those monikers for the EQE. Of the three, the EQE 63 should have to most design tweaks to hint at its capabilities. It should also get over 600 hp from two electric motors and give the upcoming Model S Plaid+ a run for its money.