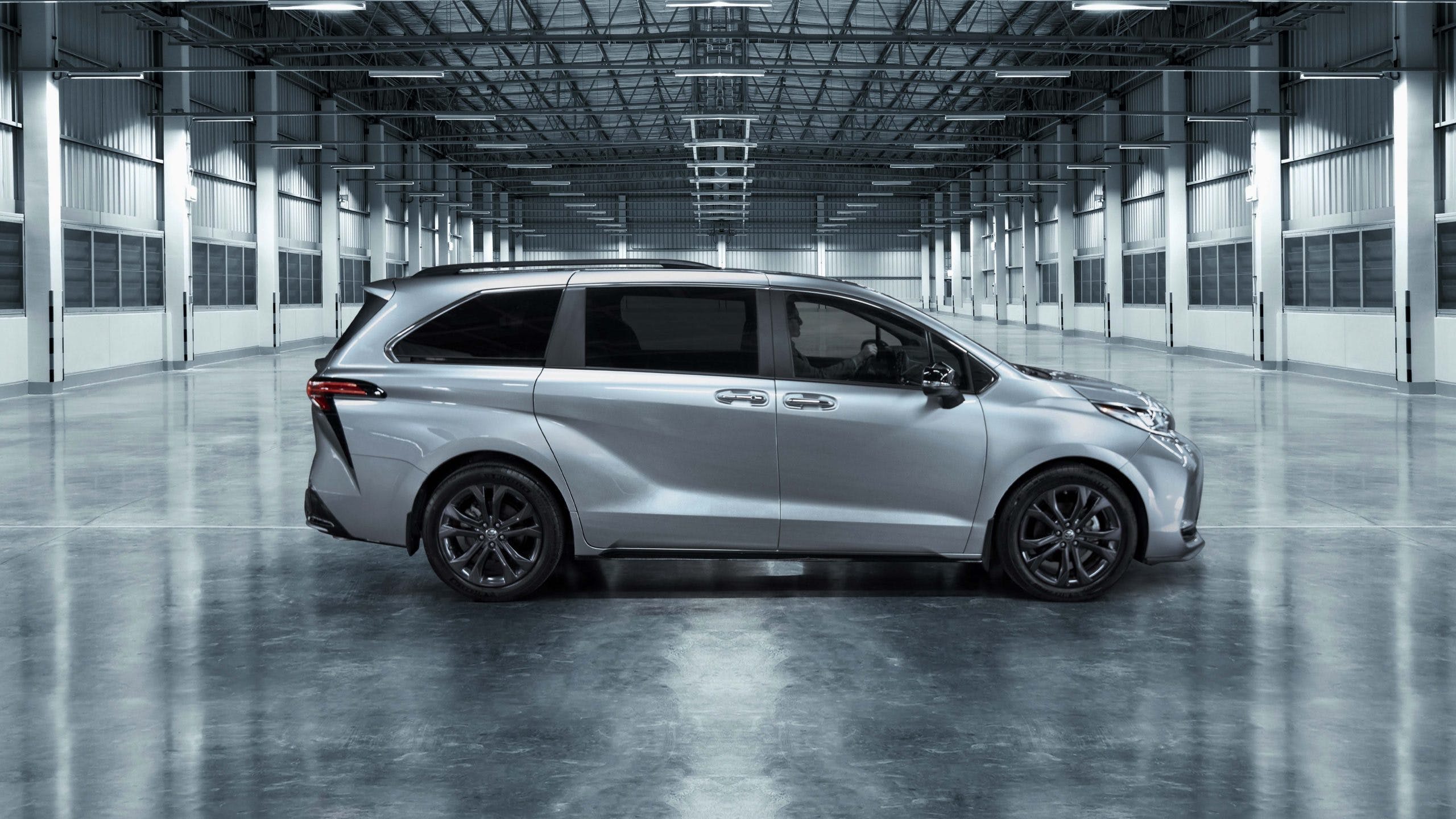 Toyota is celebrating 25 years of producing the Sienna minivan with, you guessed it, a special edition model. Called the 25th Anniversary Edition, this variant will be limited to 2,525 units nationwide and will only be available in Wind Chill Pearl and Celestial Silver. Why such plain colors? Since the 2023 model year is Sienna’s silver anniversary, it goes with the theme of the vehicle.

Based on the XSE grade, the 2023 Toyota Sienna 25th Anniversary Edition gets blackened badges, side mirror covers, and shark fin antenna. You also get a long list of standard equipment including a JBL audio system, wireless charging, the 1500-watt inverter, a sport-tuned suspension, and roof rails. It also gets more creature comforts like heated and ventilated front seats, illuminated door sills, second-row seats with ottomans, black leather upholstery with contrast stitching, floor mats with 25th anniversary badging, and a key fob sleeve in the same color as the interior.

The 25th Anniversary Edition is the second special variant for the 2023 Sienna lineup because the Woodland Edition also carries over. That model is based on the XLE grade and gets AWD standard, a lifted suspension, and a tow hitch. Power comes from Toyota’s workhorse hybrid system, which couples a 2.5-liter four-cylinder with two or three electric motors, a nickel-metal-hydride battery, and a planetary gear set. The total system output is 245 hp. In terms of fuel economy, the EPA rates the Sienna at 36 mpg across the board for FWD models or 35/36/35 mpg city/highway/combined with AWD.

Every 2023 Sienna gets the older Toyota Safety Sense 2.0 suite of driver assistance features. This includes forward collision warning, front automatic emergency braking, pedestrian detection, adaptive cruise control, lane centering, and automatic high beams. Unlike the new 2.5, 2.5+, and 3.0 versions, this one doesn’t get evasive steering assist, cyclist detection, and intersection assist, the latter of which allows braking for pedestrians, vehicles, and cyclists at intersections.

The rest of the Sienna lineup carries over unchanged with the LE and XLE modes being the only ones available with seating for up to eight passengers. Limited and Platinum variants offer a luxury-oriented experience with the latter offering two-tone leather upholstery and heated second-row captain’s chairs. The XSE variant is the sporty one with a unique suspension tune and available black 20-inch alloy wheels just like the 25th Anniversary Edition.

This generation of the Sienna is unique because it is available exclusively with a hybrid powertrain. As a result, it’s now one of the most efficient vehicles in its segment alongside the Chrysler Pacifica Hybrid, which is a plug-in model. Unlike internal combustion competitors that offer AWD, Sienna’s system isn’t a mechanical unit. Instead, Toyota adds a third electric motor to drive the rear wheels and provide extra traction.

Pricing for the 2023 Toyota Sienna 25th Anniversary Edition hasn’t been announced yet but expect it to slot neatly in the high $40,000 range. For the next model year, Toyota could transform into the Nightshade Edition because that’s what happened with the 2020 Edition Prius. The tweaks given to the Sienna 25th Anniversary Edition also seem to hint that will be the case.

Written by Stefan Ogbac
Follow Author
RELATED ARTICLES
2022 Toyota Tundra Hybrid priced from $53,995
2022 Toyota Prius Nightshade Edition adds blacked out appearance to iconic hybrid
Take your entire family off the beaten path with the 2022 Toyota Sienna Woodland Special Edition
What adapter do I need to connect to the Ford F-150 Pro Power Onboard generator?
RELATED ARTICLES
JOIN THE EV PULSE NEWSLETTER
Receive weekly updates on each of our electrifying articles.