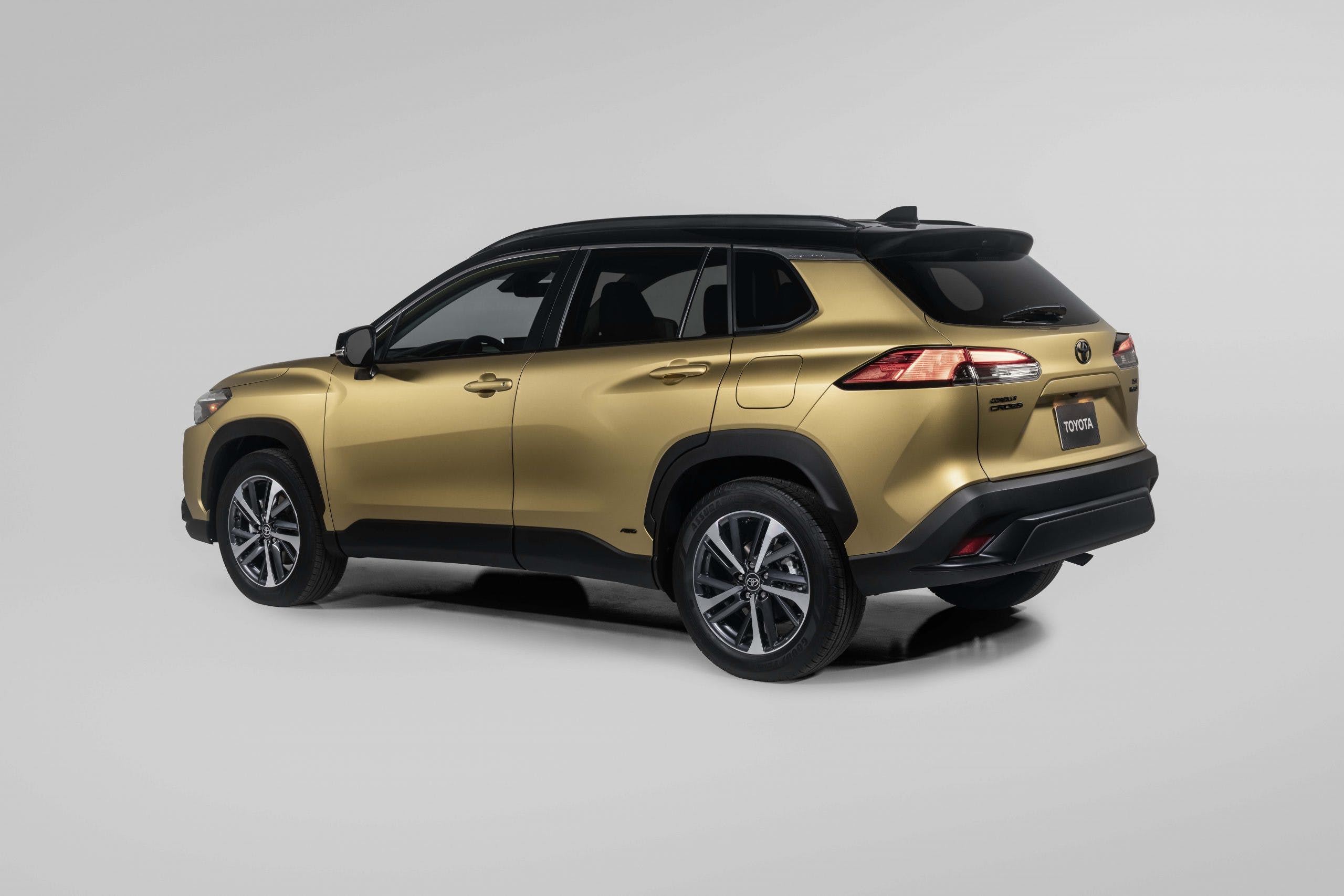 Toyota introduced the Corolla Cross last year and promised it was adding an electrified version about a year later. Well, the automaker is delivering on that with the introduction of the 2023 Toyota Corolla Cross Hybrid, giving the brand a dozen electrified vehicles excluding the Avalon Hybrid, which will be discontinued in August.

In addition to L and XLE grades, the 2023 Toyota Corolla Cross Hybrid will also be available in S, SE, and XSE trims. These feature a unique front fascia complete with a different grille to distinguish them from the comfort-oriented LE and XLE. You’ll also be able to choose from four two-tone exterior colors including the new Acidic Blast (Yellow) with a black roof.

Moving inside, the Corolla Cross Hybrid will feature either cloth or SofTex leatherette upholstery. Base LE models are available in Light Gray or Black while the S trim is only available with a two-tone Black/Gray combo. The XLE’s interior color choices include Black or Macadamia/Mocha two-tone. SE models are offered in Black or Black/Blue cloth while the XSE gets a single-tone black or Black/Blue combination.

Depending on the trim, the crossover comes with either 17- or 18-inch alloy wheels. The sportier S, SE, and XSE grades also get sport-tuned suspension and paddle shifters. Upper trims also get additional standard features including heated front seats, a power driver’s seat, and dual-zone climate control. Every 2023 Corolla Cross Hybrid gets Toyota’s new infotainment system housed within an 8.0-inch touch screen. In addition to wireless Apple CarPlay and Android Auto, it gets over-the-air (OTA) update capability, a virtual assistant, and an optional built-in cloud-based navigation with Google Points-of-Interest data.

Every Corolla Cross Hybrid gets the Toyota Safety Sense 3.0 (TSS 3.0) suite of driver assistance features as standard equipment. It includes enhanced functionality of each component including the ability to detect motorcyclists and prevent collisions with pedestrians and vehicles at intersections. Adaptive cruise control, automatic high beams, lane centering, and road sign detection are also part of the TSS 3.0 suite. Blind-spot monitoring and rear cross-traffic alert are also available on the Corolla Cross Hybrid while the rear seat reminder system is standard on all variants.

The 2023 Corolla Cross Hybrid arrives in the U.S. with AWD standard and is powered by Toyota’s fifth-generation hybrid system. The total system output is 194 hp, enabling the crossover to hit 60 mph in 8.0 seconds, according to the automaker. Toyota estimates that the Corolla Cross Hybrid will achieve 37 mpg combined on all trims. If this powertrain sounds familiar, that’s because it was previewed in the European-spec version of the pint-sized SUV. Late last year, Toyota previewed that variant featuring a revised 2.0-liter four-cylinder coupled to stronger electric drive motors, a planetary gear set, and a lithium-ion battery that’s more powerful yet 40% lighter. The quoted 0 to 100 km/h (0 to 62 mph) time on the European spec variant is 8.1 seconds.

This powertrain is an evolution of what’s used in the Lexus UX 250h, which recently got a refresh. That also uses a 2.0-liter four-cylinder but its electric drive motors are less powerful and the battery is an older nickel-metal-hydride unit that’s larger and takes up space in the cargo area. As a result, it’s rated at 181 hp or 13 hp less than the Corolla Cross Hybrid. The new battery and electric motors could also be the same ones added to the Corolla Hybrid sedan, which also got significant updates including the addition of AWD.

The 2023 Toyota Corolla Cross Hybrid will be assembled at the new Mazda Toyota Manufacturing plant alongside its gas-only sibling and the Mazda CX-50. This facility can build up to 150,000 examples of the Corolla Cross per year. Expect Toyota’s latest electrified crossover to go on sale before the end of 2022.