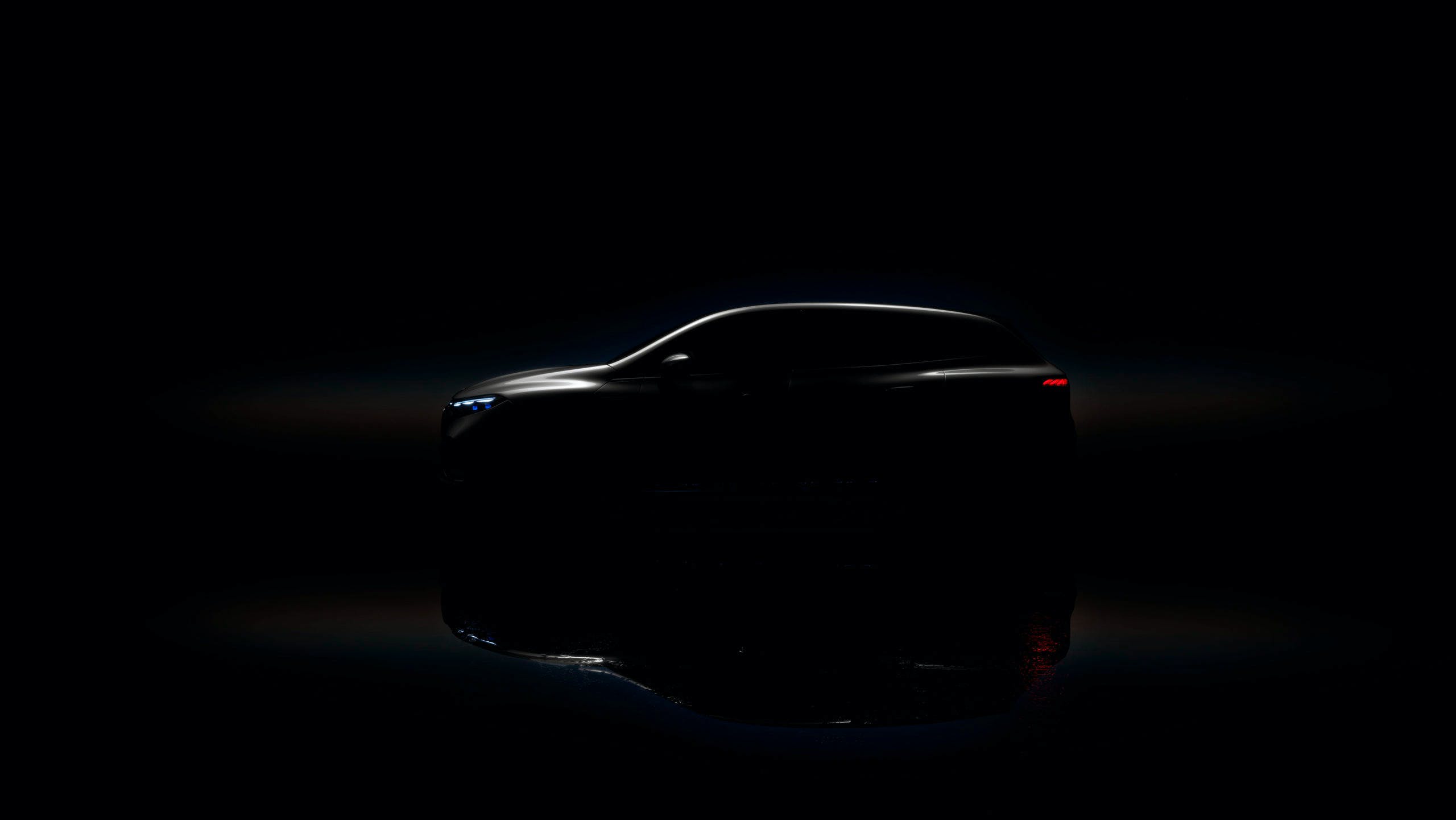 The 2023 Mercedes-Benz EQS SUV has been teased once more ahead of its official debut on April 19. This time, we get a glimpse of the crossover’s upright silhouette, giving it a more conventional look. Its front end appears to be shorter than your typical large luxury utility vehicle, likely due to it having a massive greenhouse and short overhangs.

Following the EQS and EQE sedans, the 2023 Mercedes-Benz EQS SUV is the third model on the company’s EVA2 architecture, which was developed specifically for battery-electric vehicles. Mercedes says the EQS SUV will seat up to seven passengers and promises to blend the supreme comforts of its sedan sibling with SUV versatility. It will be available with the MBUX Hyperscreen, which features three displays under one glass panel totaling 56 inches’ worth of screen real estate. This latest version will also allow the passenger display to stream media but it will darken if the car detects the driver turning their head and watching what’s playing. A rear-seat entertainment system will also be available.

The EQS SUV’s interior will be offered in seven color combinations aimed at enhancing the airy ambience of the cabin. A new type of wood trim that blends Magnolia Wood and stainless steel is also making its debut in Mercedes’ large electric SUV. It features holes shaped like the three-pointed star cut into the wood and they are then pressed with steel sheets to create a glimmering effect.

Other new features that will debut in the EQS SUV include a Dolby Atmos sound system with expanded customizability and an upgraded version of the Energizing Air Control, dubbed Energizing Air Control Plus. The latter cleans the cabin air by removing fine particles, pollen, and other contaminants via a HEPA filter with active carbon for optimum filtration. Mercedes is also introducing a new fragrance it calls No. 6 Mood mimosa alongside the EQS SUV.

Mercedes says will get its 4Matic AWD system on the EQS SUV, which likely hints that it will come standard with a dual-motor setup. There’s also an Off-Road drive mode if you’re looking to take your big luxurious electric crossover on a trail or gravel road. The EQS SUV will likely get slightly more power for its entry-level model because of its AWD system. Expect the EQS 580 to carry over with 516hp and 631 lb-ft of torque on the more practical crossover. Battery sizes haven’t been announced yet but it’s likely the same 107.8-kWh unit from the sedan. However, the driving range should be lower due to the EQS SUV not being as aerodynamic as its low-slung sibling.

Following the standard models, an AMG variant shouldn’t be far behind, marking the first time Mercedes’ performance arm builds an all-electric, high-performance SUV. Like the AMG EQS sedan, its two electric motors could make up to 751 hp and 752 lb-ft in launch control and/or boost mode. An ultra-luxurious Maybach version is inevitable since the EQS SUV was previewed at the 2021 Munich auto show in this form complete with a two-tone exterior scheme and monoblocs wheels.

The 2023 Mercedes-Benz EQS SUV will be the first all-electric model produced at the brand’s Tuscaloosa, Alabama facility. It will also build the smaller EQE SUV, which will be the final member of Mercedes’ EQ lineup of BEVs.