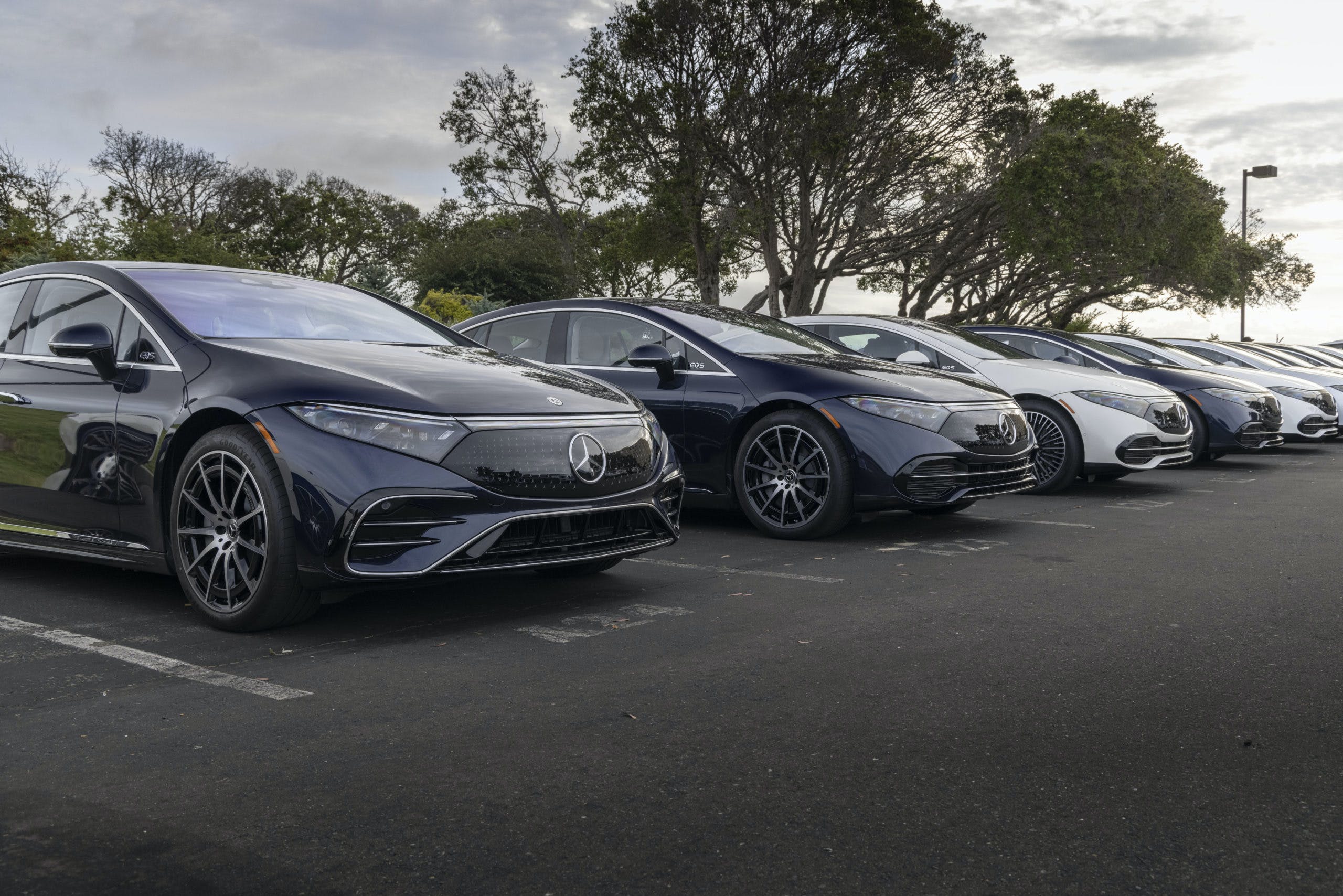 The EPA has officially posted the range estimates for the 2022 Mercedes-Benz EQS sedan and as usual, it’s less than what the manufacturer projected. Of the two variants that will be sold in the U.S., the single-motor EQS 450+ can travel the farthest at 350 miles per charge. This version is RWD and makes 329 hp and 406 lb-ft of torque. The more powerful dual-motor EQS 580 makes 516 hp and 611 lb-ft but that extra power doesn’t come with a massive penalty in driving range. According to the EPA, the EQS 580 can travel up to 340 miles per charge. Both versions use a 107.8-kWh lithium-ion battery and have a peak DC charging speed of 200 kW, allowing them to go from 10 to 80 percent in 30 minutes.

The 2022 Mercedes-Benz EQS sedan is the first vehicle on the brand’s EVA architecture, which was built specifically for battery-electric applications. This full-size luxury sedan, dubbed the S-Class of EVs, is also one of the most aerodynamic vehicles on the road thanks to its drag coefficient of 0.20. The EQS sedan is also the first Mercedes-Benz vehicle to feature the MBUX Hyperscreen, which houses three displays on the dash totaling 56 inches of screen real estate. However, it is optional on the EQS 450+, which gets a more traditional layout with a 12.8-inch main display.

Pricing for the 2022 EQS sedan starts at $103,360 and includes a long list of standard equipment like Mercedes’ full suite of driver assistance features, heated and ventilated front seats, a surround-view camera, rear-wheel steering, 20-inch wheels, and a Burmester 3D surround sound system. The EQS 580, on the other hand, begins at $120,160 but it gets additional standard equipment like the MBUX Hyperscreen.

Mercedes-Benz also debuted a new trim structure alongside the EQS sedan. The base model is called the Premium while the midlevel variant is named the Exclusive. That also gets you more features like multi-contour front seats with massaging function, a head-up display, four-zone climate control, and the air balance package. At the top of the range is the Pinnacle grade, which gets power-operated rear seats with heating, ventilation, larger headrests and memory function, extra USB ports, and a center armrest with an embedded wireless charger. Standard on the EQS 580 but optional on the EQS 450+ is the AMG Line Exterior package, which adds the AMG body styling and 21-inch alloy wheels with black accents.

The EQS sedan is the first of a full range of battery-electric vehicles from Mercedes’ EQ sub brand. It will be followed by the EQE sedan, which will be available initially in single-motor EQE 350 guise. Following that is the EQB, an all-electric three-row version of the GLB-Class built on a convergence platform that can accommodate hybrids, battery-electric, and conventional internal combustion propulsion. The final two models are the EQS SUV and EQE SUV, which will be built in the U.S. at Mercedes’ Tuscaloosa, Alabama assembly plant that currently produces the GLE- and GLS-Class crossovers.

A high-performance variant called the Mercedes-AMG EQS 53 4Matic+ joins the lineup in 2022. It uses the same 107.8-kWh battery but its two electric motors now make 658 hp and 700 lb-ft, enabling it to hit 60 mph in 3.8 seconds as long as you have at least 80 percent charge. Mercedes will also offer the AMG Dynamic Plus package bumping the combined output to 761 hp and 752 lb-ft while cutting the 0 to 60 mph time by 0.4 seconds. Expect this model to have less range than the EQS 450+ and EQS 580 in the EPA cycle.