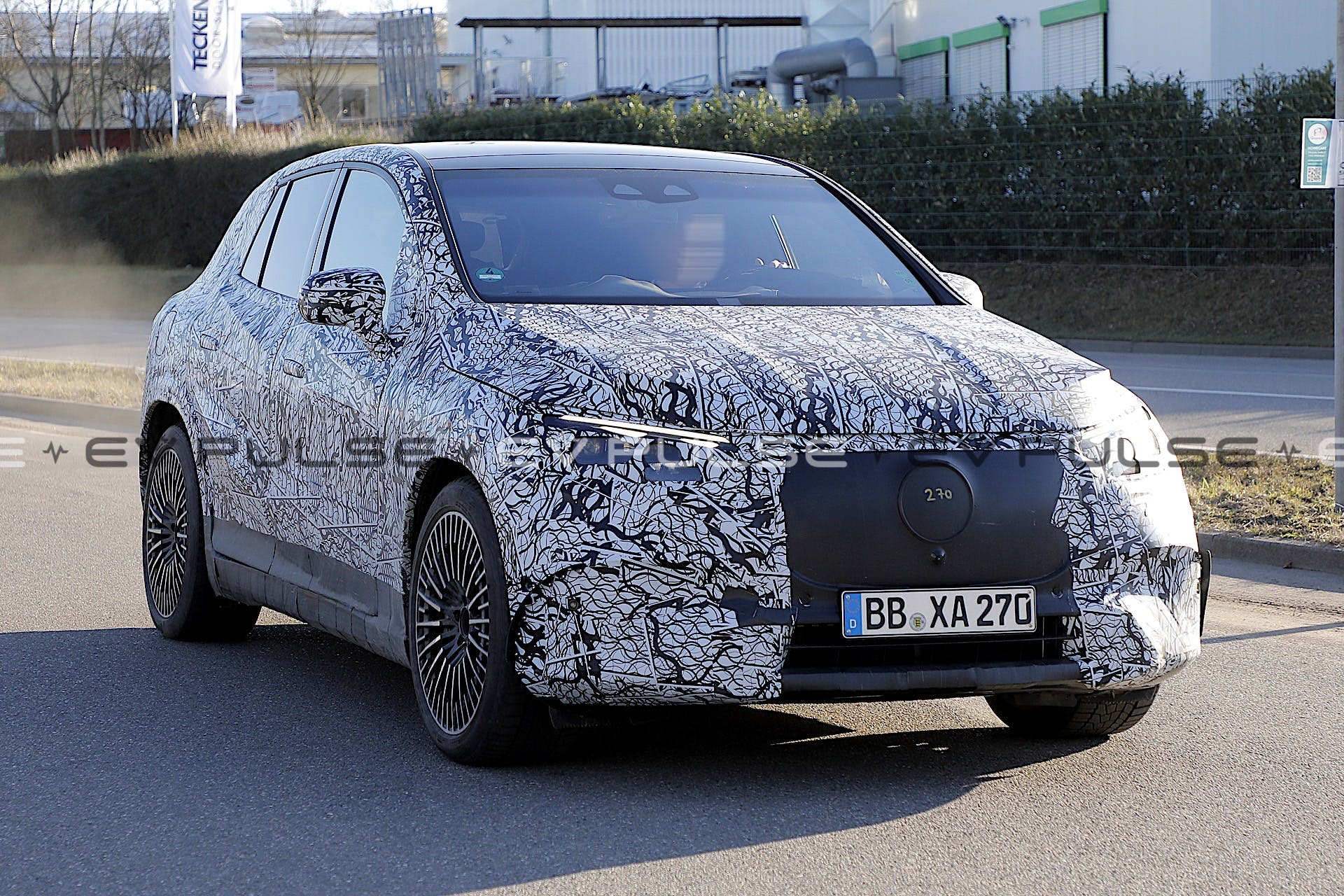 Mercedes-Benz is well known for making performance variants of nearly everything it makes. At one point the German automaker even created the AMG R63, a 500-hp minivan with AWD. Now, its performance arm is poised to do the same thing as spy photographers have caught the 2023 Mercedes-AMG EQE SUV for the first time.

The prototype was spied undergoing testing in Germany, likely near one of Mercedes’ testing facilities. One of the first things you’ll catch in the 2023 Mercedes-AMG EQE SUV is the lower ride height. The gap between the top of the tire and the edge of the wheel wells is quite narrow, hinting at a lowered suspension versus the standard EQE SUV. However, AMG may have fitted the more potent version with an air suspension, allowing the driver to raise and lower the crossover as needed. This prototype appears to be wearing 20-inch wheels, which are likely going to be standard on the AMG EQE SUV. Expect 21- and 22-inch options to also be offered along with summer performance tires.

Like the standard EQE SUV, the hotter variant looks more like a tall hatchback. Instead of the wedge or coupe-like profile found in competitors like the Tesla Model Y, Mercedes opted for a more traditional upright greenhouse instead. This is likely to make the EQE SUV more usable by giving it a squared-off interior. In some angles, the crossover looks like a shrunken version of the EQS SUV especially in the back with its gently sloping rear window. The corporate face of Mercedes’ EQ models is peeking through the camouflage, showing that the headlights are connected with the enclosed grille. The front Mercedes logo also houses a radar sensor for the driver assistance features.

When the EQE SUV arrives, it’ll likely be offered only in dual-motor configuration. Its sedan counterpart is currently available only in single-motor configuration with 288 hp and 391 lb-ft of torque. Expect the same 90-kWh battery pack to carry over to the high-riding variant. Having that second electric motor should bump the output to well over 300 hp and 400 lb-ft. DC charging rates should be higher than the 170 kW peak in the EQE sedan and could match or exceed the EQS sedan’s 200 kW rating. The first AMG variant should be the EQE 53, which could have at least 500 hp. In trade for the additional power is a lower driving range on a single charge so don’t expect the AMG EQE SUV to travel as far as the standard model.

Mercedes will likely release more than one AMG model for its EQ models with the EQE 53 being the entry point in the performance ladder. A more potent version, likely wearing the EQE 63 badge should follow. These should slot below the AMG versions of the EQS SUV, which was previewed by a high-end Maybach concept last year.

The 2023 Mercedes-AMG EQE SUV should debut separately from the standard model that’s due out this year. It will follow the EQS SUV as the final member of Mercedes’ EQ vehicle family. Like their sedan counterparts, the EQS SUV and EQE SUV will be underpinned by the EVA platform developed specifically for battery-electric vehicles. They’ll also be built at Mercedes-Benz’s North American plant in Tuscaloosa, Alabama.