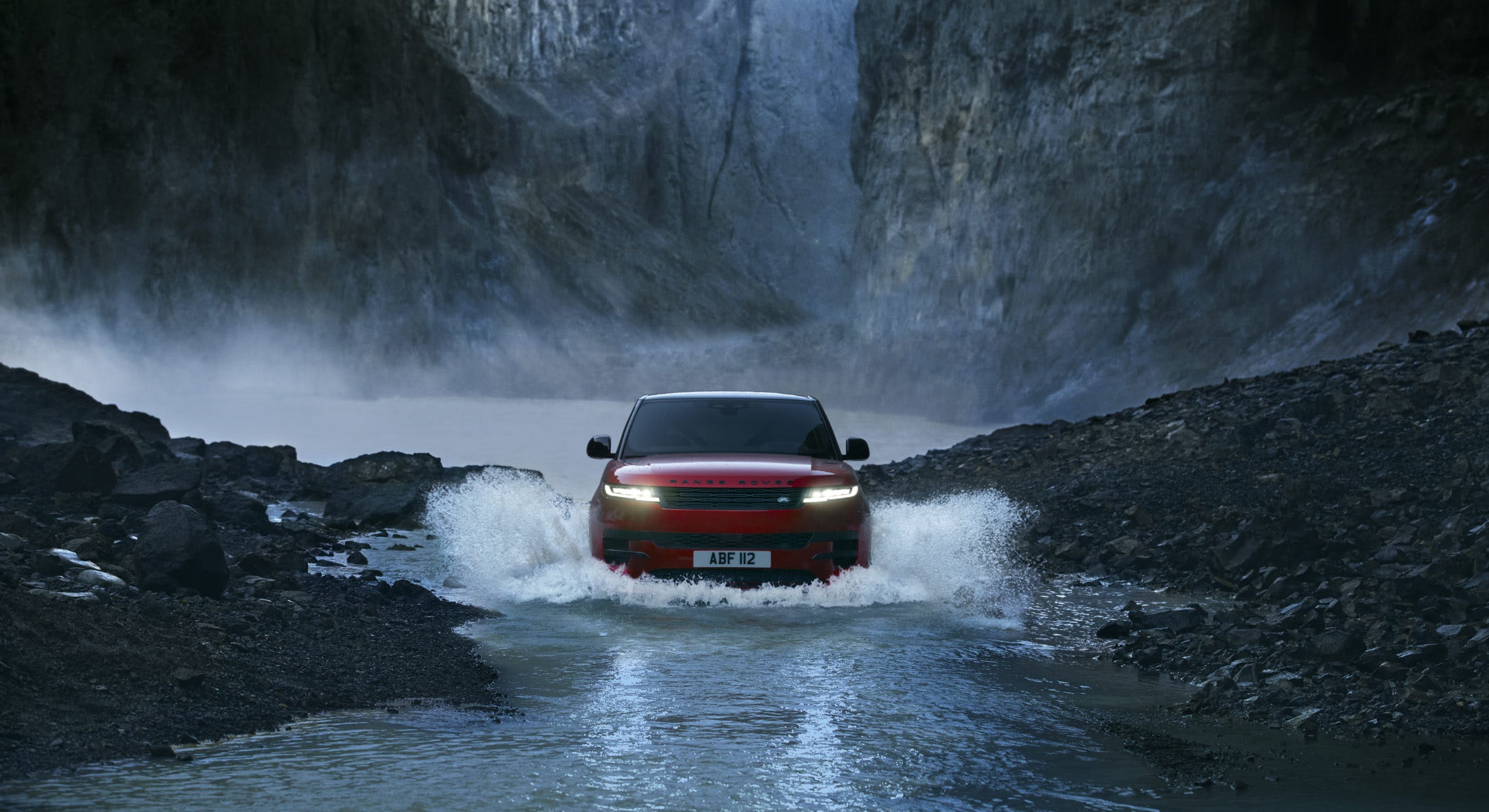 The smaller of the two Range Rover models has officially made its debut and like the standard-size model, it also gets a range of electrified powertrains. Like its predecessor, the 2023 Land Rover Range Rover Sport has a lower roofline. It also has a distinct exterior to further differentiate the smaller, sportier SUV. The headlights are thinner and have a different LED pattern and the grille is narrower than before. In the rear, the taillights are horizontal instead of vertical like in the standard Range Rover. Clean lines result in the familiar Range Rover design language. While evolutionary, the new-generation Range Rover Sport now has a distinct character, and its drag coefficient has dropped to 0.29.

Stepping inside the 2023 Land Rover Range Rover Sport, you get a design similar to the standard Range Rover. You get a 13.1-inch floating center display, lots of touch-sensitive and physical controls, and an electronic gear shifter. The steering wheel is a three-spoke design instead of the two-spoke one you find in the larger sibling. In addition to Windsor and semi-aniline leather, the new Range Rover Sport will also be offered with lightweight Ultrafabrics textiles in single- or two-tone combinations. You’ll be able to get 22-way front seats with winged headrests, heating, ventilation, and massaging functions. Rear seat passengers will also benefit from 0.8 inches of extra legroom and 0.3 inches of knee clearance.

The infotainment system is the new Pivi Pro interface, which is capable of accepting over-the-air (OTA) updates. Its main display is complemented by a 13.7-inch digital gauge cluster along with Amazon Alexa compatibility, and Android Auto and Apple CarPlay integration. You’ll also be able to opt for a 29-speaker Meridian surround sound system with 1,430 watts. The cabin also features active noise cancellation to make the interior as quiet as possible. A full driver assistance suite is available including lane-keeping assist, adaptive cruise control, driver attention monitor, automatic emergency braking, and traffic sign recognition. The surround-view camera system also shows what’s under the vehicle and includes a wade sensor.

Nearly every powertrain option on the Range Rover Sport has some form of electrification. The 3.0-liter turbocharged inline-six uses a 48-volt mild-hybrid system with 355 hp and 369 lb-ft of torque in the P360 variant. A more powerful version called the P400 uses the same powertrain but turned up to 395 hp and 406 lb-ft. A plug-in hybrid variant called the P440e uses the same six-cylinder engine and couples it with a 105-kW electric motor and 31.8-kWh battery. Its total system output is 434 hp and enables the SUV to hit 60 mph in 5.5 seconds. The large battery pack allows the Range Rover Sport P440e to travel up to 48 miles in all-electric mode. An all-electric variant joins the Range Rover Sport lineup in 2024. An eight-speed automatic transmission is standard on all models.

Built on the MLA-Flex platform, the 2023 Range Rover Sport has 35% higher torsional rigidity than its predecessor. The SUV gets a standard air suspension that promises a nice blend of comfort and agility. Adaptive Dynamics 2, which is Land Rover’s adaptive damping system, monitors external factors 500 times to deliver the ideal response to make the Range Rover Sport as agile and precise as possible. Brake-based torque vectoring, rear-wheel steering, and an electronically controlled aim to give the SUV the handling of a smaller vehicle.

As with the outgoing model, the 2023 Range Rover Sport gets AWD standard. The Terrain Response 2 system is also included and tailors the vehicle according to the surface you’re driving on. It can also detect if the type of road you’re driving on changes and can tweak the chassis on the fly to optimize the vehicle. This goes hand in hand with the new Adaptive Off-Road Cruise Control system that helps drivers navigate tricky terrain. An evolution of the All-Terrain Response Progress Control, allows the driver to set their desired speed and comfort settings when driving over rough surfaces.

Manufactured in Solihull, United Kingdom, the 2023 Land Rover Range Rover Sport is now available to order. The P440e plug-in hybrid is available only in Autobiography trim, which starts at a cool $105,550.

Written by Stefan Ogbac
Follow Author
RELATED ARTICLES
2023 Land Rover Range Rover P440e PHEV priced from $106,250
2022 Land Rover Range Rover will get a full range of electrified powertrains
2023 Mitsubishi Outlander PHEV teased again with a trip down memory lane
Should you get a screen protector for your Tesla Model 3?
RELATED ARTICLES
JOIN THE EV PULSE NEWSLETTER
Receive weekly updates on each of our electrifying articles.