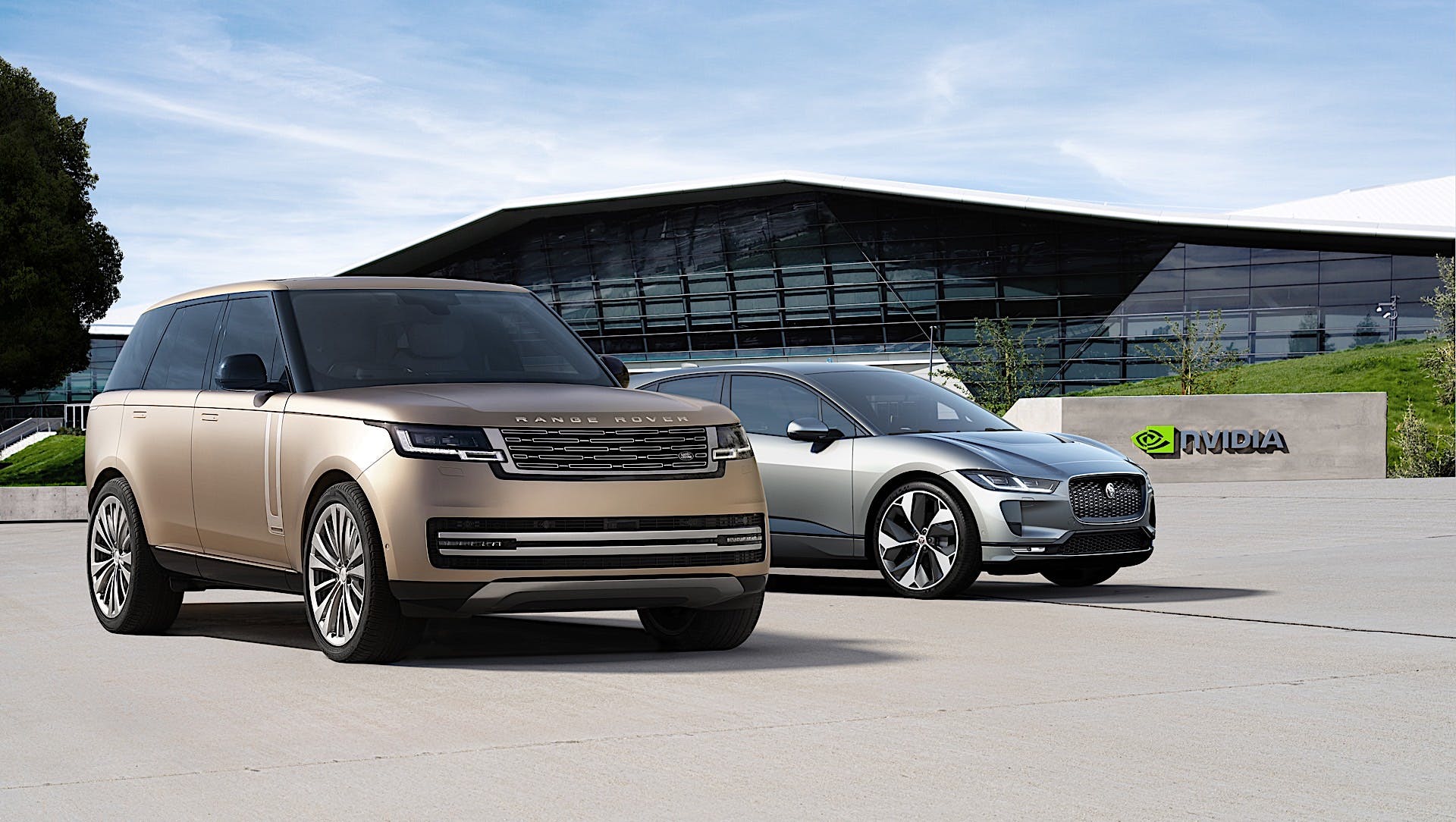 Jaguar Land Rover has announced that it will form a partnership with NVIDIA to develop autonomous driving systems and AI-enabled services. From 2025, every new Jaguar and Land Rover vehicle will be built on the NVIDIA Drive software-defined platform. This will enable the two brands to deliver a broad range of active safety, automated driving and parking systems, and driver assistance features. Inside the new components will be able to monitor the driver and other occupants and offer advanced visualization of the vehicle’s surroundings.

The full-stack solution will be based on NVIDIA Drive Hyperion, which also includes Drive Orin centralized AV computers, Drive AV and Drive IX software, safety, security, and networking systems, and a complement of sensors on the vehicle’s exterior. Drive Orin is the artificial intelligence (AI) brain that will run the Jaguar Land Rover operating system while Drive Hyperion serves as the central nervous system. In-housed developed data center solutions will be leveraged alongside NVIDIA DGX for training AI models and Drive Sim software based on NVIDIA Omniverse to ensure that the real-time simulations are physically accurate. This will enable Jaguar Land Rover to deliver new assisted and automated driving services throughout a vehicle’s life cycle via over-the-air (OTA) updates.

“Collaboration and knowledge-sharing with industry leader NVIDIA are essential to realizing our Reimagine strategy, setting new bench marks in quality, technology, and sustainability,” said Thierry Bolloré, CEO of Jaguar Land Rover. “Jaguar Land Rover will become the creator of the world’s most desirable luxury vehicles and services for the most discerning customers. Our long-term strategic partnership with NVIDIA will unlock a world of potential for our future vehicles as the business continues its transformation into a truly global, digital powerhouse.”

Through its Reimagine strategy, Jaguar Land Rover aims to become a carbon-neutral company by 2039. This will see Jaguar become a fully electric brand by 2030 and exclusively utilize the upcoming EMA platform, which is being developed specifically for battery-electric vehicles. Land Rover, on the other hand, will move toward full electrification at a slower pace with BEVs expecting to make up 60 percent of its sales in 2030. The first all-electric Land Rover mode arrives in 2024 and will likely be the Range Rover, which will also be available as a plug-in hybrid. It will be part of a six-model launch cadence.

Land Rover will be using multiple platforms. It will share the EMA architecture with Jaguar while the new Modular Longitudinal Architecture (MLA) is going to be used for hybrids, plug-in hybrids, and BEVs. This move is also aimed at improving manufacturing efficiency and quality control. Production of electrified powertrains and the two new platforms will take place at the Solihull facility in the United Kingdom.

Jaguar Land Rover has offered multiple vehicles with electrified powertrains including plug-in hybrid versions of the Range Rover, Range Rover Sport, and Defender, the latter of which is available in Europe for the moment. It also has the all-electric I-Pace crossover, which can travel up to 234 miles per charge. The order books for the 2023 Range Rover P440e recently opened with a starting price of $106,250. This plug-in hybrid uses a turbocharged 3.0-liter inline-six coupled to a 105-kW electric motor, a 38.2-kWh lithium-ion battery, and an eight-speed automatic transmission for a combined output of 434 hp. The larger battery should also allow the new PHEV to travel up to 48 miles, according to Land Rover. It will also be one of only a handful of plug-in hybrids with DC charging capability with peak charging speeds of 50 kW.