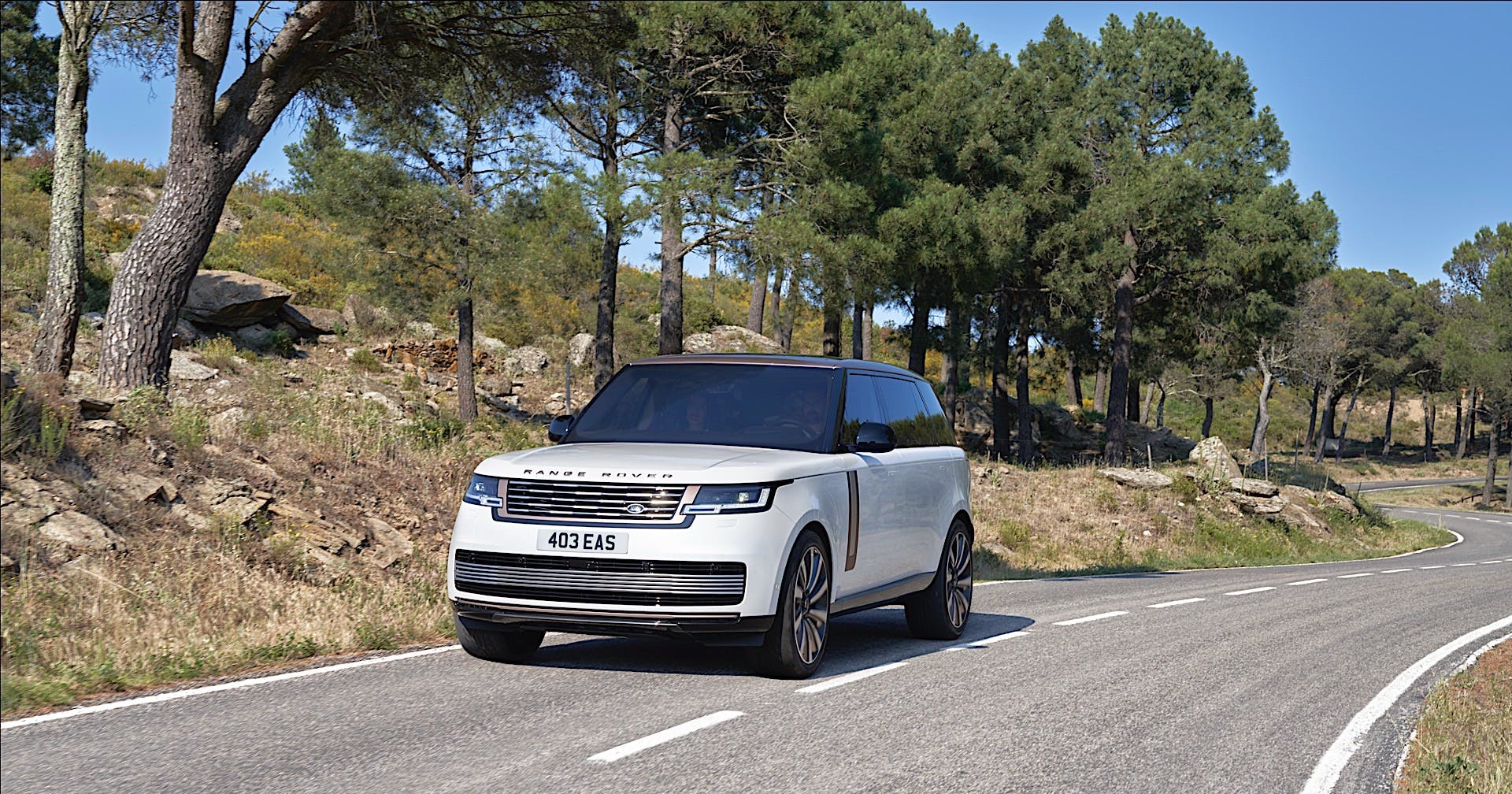 The new generation 2022 Land Rover Range Rover has debuted and electrification is a big part of the powertrain lineup. This latest iteration of the imperious and luxurious SUV rides on the brand’s MLA Flex architecture, which can accommodate everything from pure internal combustion to fully electric propulsion systems. Like its predecessor, the 2022 Range Rover will be available in standard and long-wheelbase configurations.

Initially, the 2022 Land Rover Range Rover will launch with a carry-over 48-volt system paired to a 3.0-liter turbocharged six-cylinder engine making 395 hp and 406 lb-ft of torque. It will then be followed by a new plug-in hybrid in 2023 based on the same six-cylinder engine coupled to a 105-kW electric motor and a 38.2 kWh lithium-ion battery. The total system output is 434 hp. Land Rover is targeting an all-electric range of 62 miles but we suspect that’s on the WLTP cycle. It will also use a new feature called eHorizon to optimize the powertrain’s energy use throughout your trip.

The new plug-in hybrid system replaces the old unit based on a 2.0-liter turbo-four coupled to an electric motor and a 12.0-kWh battery. It offers a significant increase in all-electric range versus the existing unit’s 19 miles while combined output is up 36 hp. In 2024, the all-electric version will arrive to round out the new Range Rover’s powertrain offerings. Its total driving range, battery size, and output have not been announced yet.

A standard air suspension improves the 2022 Range Rover’s on- and off-road performance. Land Rover says that the new setup does a better job smoothing out bumps and road imperfections. This generation adds rear-wheel steering, which allows the rear wheels to turn 7 degrees, cutting the SUV’s turning circle to 36 feet, the smallest of any Range Rover to date. It’s also available with the Dynamic Response Pro system to keep body roll in check. The electronically-controlled system also reacts faster than the outgoing hydraulic one since it can get power from the 48-volt battery.

Every 2022 Range Rover gets AWD standard. It now works together with Intelligent Driveline Dynamics, which monitors grip levels and driver inputs 100 times per second. This enables the system to optimize torque distribution between both axles and across the rear axle for optimum traction on- and off-road. An active locking rear differential helps maximize traction at the rear wheels during spirited drives, slippery surfaces, and off-road situations. Terrain Response 2 is also standard, giving you six drive modes to choose from so you can optimize the vehicle based on the type of surface you’re driving on. You can also personalize drive modes via the Customizable Terrain Response feature.

This latest generation of the Range Rover continues with the evolutionary design theme. It remains boxy and imposing featuring design cues that keep it familiar. Where things change, however, is in the back because the taillights have been altered. Instead of being horizontal, they curve down to emphasize the SUV’s width. Land Rover will offer a wide range of interior customization options for the 2022 Range Rover. In addition to leather, you’ll be able to opt for textiles sourced from Kvadrat and sustainably made fabrics.

Get inside the cabin and you’ll find the latest Jaguar Land Rover user interface called Pivi Pro. It features a curved 13.1-inch touch screen with Apple CarPlay and Android Auto compatibility. It is complemented by an available 13.7-inch digital gauge cluster and rear-seat entertainment system with two 11.4-inch displays mounted on the back of the front seats. The latter can be further complemented by an 8.0-inch touch screen controller if you opt for the executive class rear seats. This new interface is also capable of accepting over-the-air (OTA) updates, meaning you won’t need to go into the service department as often to keep your vehicle’s software up to date. You’ll also be able to choose between two Meridian surround sound systems including the new 35-speaker Signature series.

The 2022 Land Rover Range Rover goes on sale in the spring of next year. Its least expensive variant is the P400, which has the six-cylinder with the 48-volt system and has a starting price of $105,350 for the standard-wheelbase model or $111,350 for the seven-seat long-wheelbase version. Pricing for the PHEV and battery-electric versions should be announced closer to their on-sale dates. There will also be a five-seat long-wheelbase Range Rover but the company hasn’t announced if it will be offered with any of the electrified powertrains.