2023 Alfa Romeo Tonale teased with a glimpse of the interior 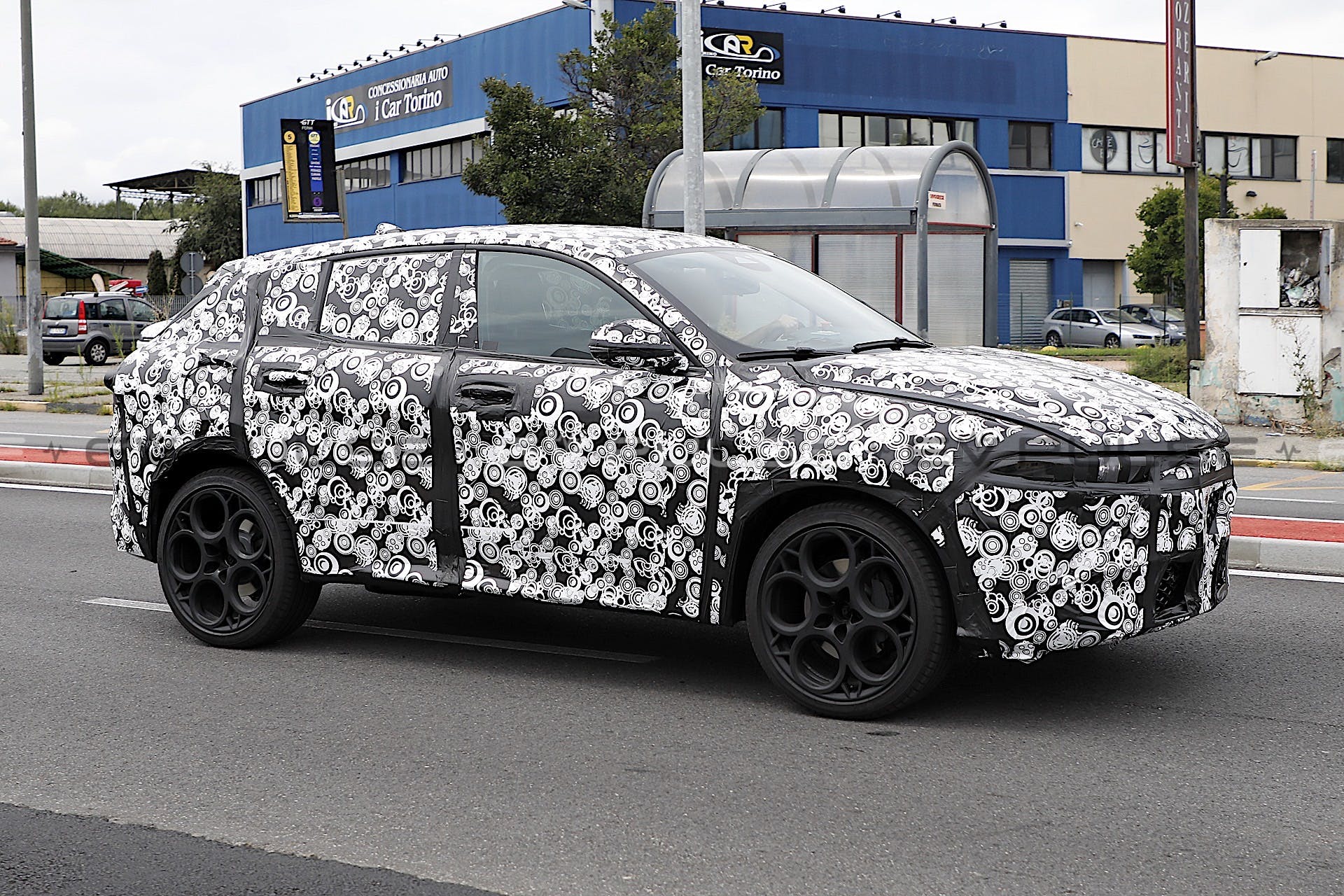 Two more teasers of the 2023 Alfa Romeo Tonale have been released via Twitter. The first 12-second video gives us a couple of glimpses of the interior and more of the exterior. Some of the highlights include a red Alfa Romeo badge on the headrest along with contrast stitching in the same color. We also see a close-up of the steering wheel, which is perforated. It also has the same massive paddle shifters that first appeared on the Giulia and Stelvio. Our last glimpse of the cabin is what appears to be carbon fiber-like trim embedded on the dash, which features the Italian flag on it. Alfa Romeo also captioned it as craftsmanship and attention to detail, hinting that there may be more fun details throughout the interior.

The unmistakable “Trilobo” and iconic “Scudetto” shield of the new #AlfaRomeoTonale are elements that allude to the future of the brand. Discover it all on February 8th when “La Metamorfosi” begins. https://t.co/7tknJCcFTR #AlfaRomeo pic.twitter.com/3OQIGohNgi

The first teaser of the 2023 Alfa Romeo Tonale showed off parts of the exterior. Most of the concept car appears to have stayed intact in the journey to production. Alfa’s triangular grille is front and center while the thin headlights with the three curved LED accents embedded in each one has been retained. You find the same design cues on the taillights, which mimic the shape and lighting layout. From the looks of it, the production Tonale is essentially the show car that first appeared at the 2019 Geneva auto show with minor tweaks. The crossover’s bubbly greenhouse also remains as we saw from spy shots of a prototype testing in Europe. A second exterior teaser video gives us a closer look at the grille, which appears to have a mesh-like pattern.

For the Alfa Romeo brand, the Tonale is a big deal. This gives the brand a new entry-level model slotting below the Stelvio and a smaller crossover with broader consumer appeal. Most importantly, the Tonale initiates the brand’s move toward electrified powertrains. It will be the first Alfa Romeo model with a plug-in hybrid powertrain. However, we don’t know which one will be used because this crossover was delayed due to CEO Jean-Phillippe Imparato not being satisfied with the performance of the original unit. That coupled a 1.3-liter turbo-four with a 60-hp electric motor, a six-speed automatic transmission, and an 11.4-kWh lithium-ion battery. The most powerful version of that powertrain makes 237 hp in the Jeep Renegade 4xe and Compass 4xe.

Alfa may have swapped in a more powerful system from PSA’s lineup. That pairs a 1.6-liter turbo-four to one or two electric motors, an eight-speed automatic, and either an 11.5-kWh or 13.2-kWh battery. In its most potent form, this system makes a healthy 355 hp and 384 lb-ft of torque. There are also versions with 225 to 300 hp on smaller, less performance-oriented models. This powertrain also employs an e-AWD system since the second electric motor is on the rear axle. The 1.3-liter-based system, on the other hand, is a mechanical setup with a drive shaft connecting the front and rear axles.

The 2023 Alfa Romeo Tonale is the first vehicle out of several over the next few years until 2027 when the Italian brand will only launch battery-electric vehicles. It will be one of only a handful of electrified options in the luxury subcompact crossover segment alongside the Lexus UX 250h and the Volvo XC40 Recharge and C40 Recharge, the latter of which are all-electric with a driving range of 223 and 226 miles respectively.