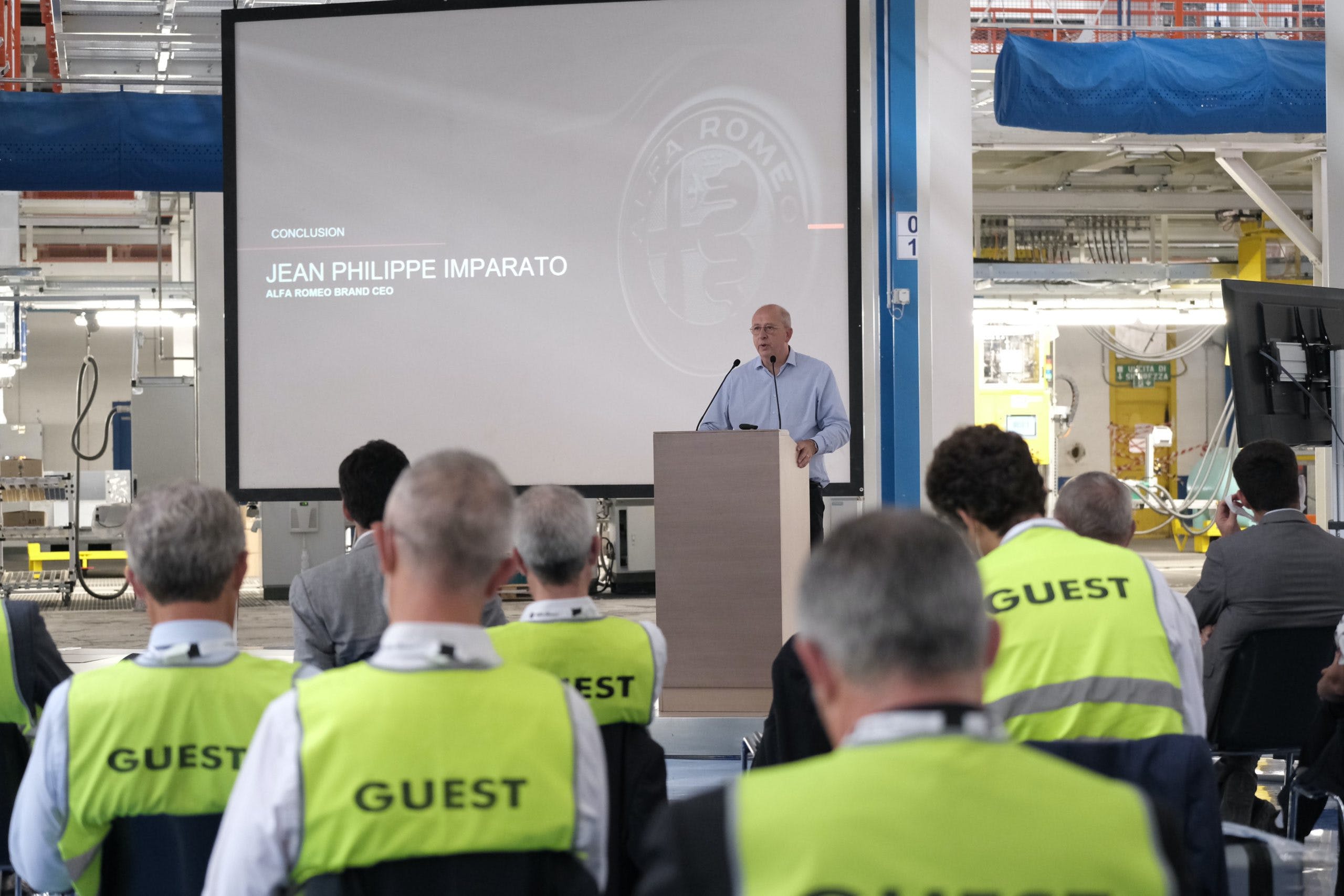 The Alfa Romeo Tonale finally has a set launch date of mid-2022. This was announced by none other than the brand’s CEO Jean-Phillippe Imparato via Twitter. Together with the date, Imparato also showed photos of what appears to be a meeting at the Alfa Romeo Pomigliano, Italy plant where he met with employees and suppliers. “Quality without compromise,” he added in the captions. Imparato also appears to have toured the entire facility where the crossover will be built.

Today we met 150 international suppliers for the manufacture of our #AlfaRomeoTonale at the Pomigliano plant where it will be built. Our message: quality without compromise. Our 1st electrified vehicle, launching mid-2022, must meet the highest quality standards#ProudlyAlfaRomeo pic.twitter.com/X271yvPNs6

Earlier this year, the Alfa Romeo Tonale was delayed because Imparato wasn’t satisfied with its performance and capabilities. As a result, its launch got pushed back six months from early 2022 to mid-2022. The Tonale is a crucial vehicle because it’s Alfa Romeo’s first electrified model and its chops must live up to the brand’s reputation for driving enjoyment, following in the footsteps of the Giulia and Stelvio.

Originally shown as a concept at the 2019 Geneva auto show, the production Tonale will slot below the Stelvio in terms of size. It will compete with the likes of the BMW X1, Audi Q3, and the Volvo XC40. Expect the concept car’s design to stay intact with very few changes since it was already very close to production. It will also likely be the first Alfa Romeo since the Giulietta to use a transverse engine layout. Since the concept used the same 1.3-liter turbo-four-based plug-in hybrid system as the European market Jeep Renegade 4xe and Compass 4xe, there’s no doubt that the Tonale is on that same platform.

The delay that resulted from the Tonale’s performance not meeting Alfa Romeo’s reputation, at least according to Imparato, could result in a more powerful crossover. In its most potent form, Stellantis’ 1.3-liter turbo-four-based plug-in hybrid system makes 237 hp combined. There’s a possibility that the Tonale could borrow the 1.6-liter turbo-four-based unit from the Peugeot 3008, which uses a larger 13.2-kWh battery, and two electric motors for a combined output of 300 hp. If Alfa does get that plug-in hybrid system, it would make it one of the most powerful vehicles in that segment. The only vehicles that would be more potent are the BMW X2 M35i, Mercedes-AMG’s GLA 35, GLA 45, and GLB 35, and Volvo’s XC40 and C40 Recharge. However, only the two Volvos are electrified.

Considering that the platform underpinning the Alfa Romeo Tonale is FWD-based. It may be the newest version of what you find under several Stellantis vehicles including the Jeep Renegade, Cherokee, and Compass. Alfa Romeo’s iteration will use for the Tonale is likely heavily modified specifically for that crossover to distinguish it from the mainstream siblings.

Alfa Romeo hasn’t revealed much regarding the Tonale but based on what we’ve gathered from the little bits that have trickled out, the Tonale may just be the driver’s choice in the luxury subcompact crossover class. After Imparato pushed back the car because it didn’t meet the brand’s performance requirements, it’s likely to have gotten more potent and we haven’t even gotten news if a Quadrifoglio version is also in the cards. Expect the Alfa Romeo Tonale to offer a nice blend of style and performance when it arrives. The fact that it’s also electrified could potentially make it more appealing to more consumers.