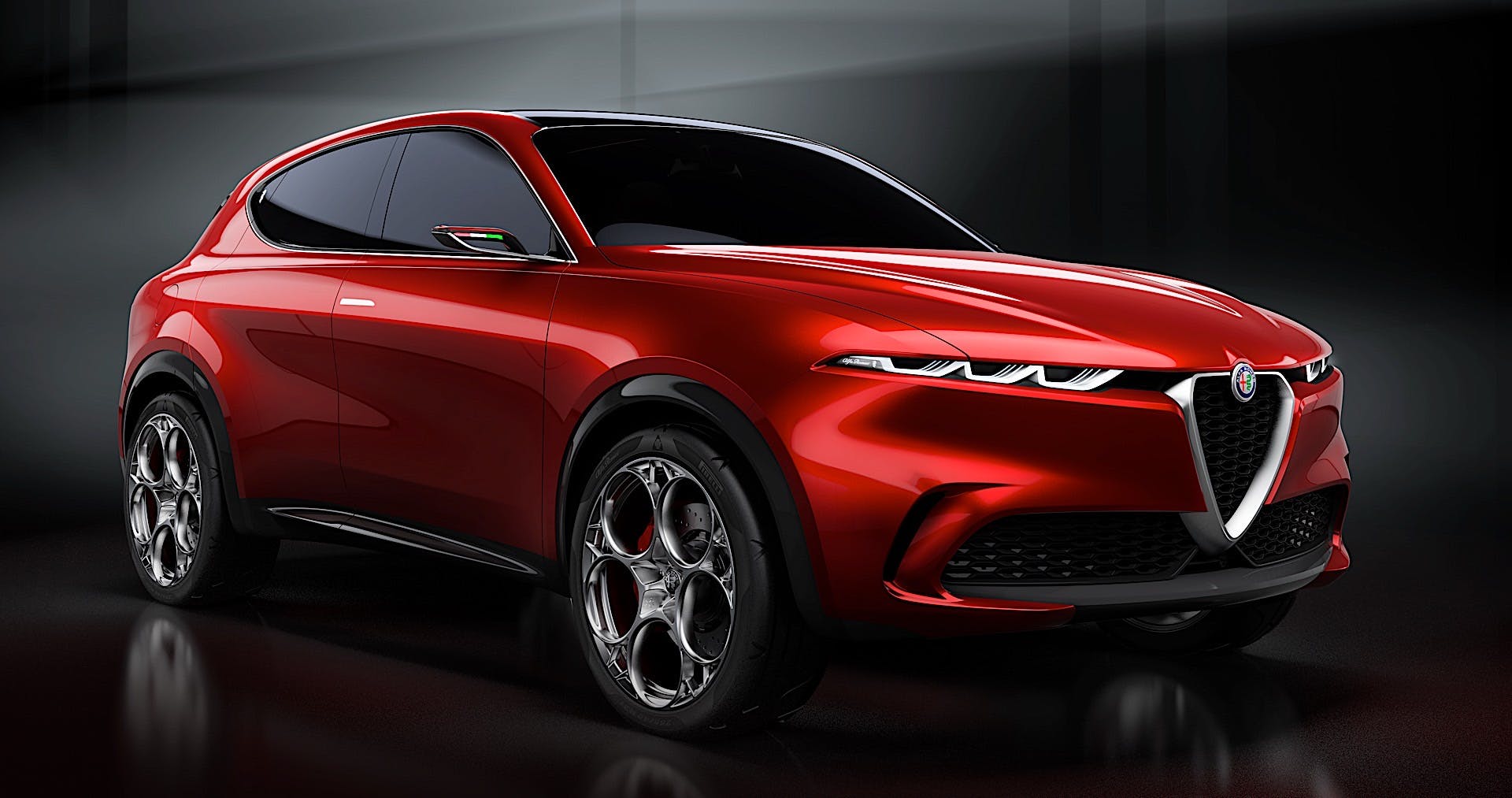 Alfa Romeo is finally getting a new member in its lineup and yes, it’s another crossover. The Tonale will be the brand’s first electrified vehicle, a plug-in hybrid that aims to offer the thrilling driving experience of vehicles wearing the storied Alfa Romeo badge. With its arrival later this year, what can we expect from this new entry in the luxury subcompact crossover space? Is the 2022 Alfa Romeo Tonale going on the Giorgio platform or will it be an AWD vehicle in an FWD-based layout?

Don’t expect much to change as the Alfa Romeo Tonale transitions from concept to production. This crossover will retain all of the Italian brand’s signature design cues from the triangular grille to the thin headlights. Expect the full-width LED taillights to also make it to the production car. In terms of exterior dimensions, the Tonale will slot below the Stelvio, meaning its size will be similar to competitors like the Volvo XC40 and Audi Q3.

The Alfa Romeo Tonale’s interior will likely be similar to the one on the Giulia and Stelvio. However, some key differentiators from its larger siblings will be the addition of a two-screen layout, which will include a fully digital gauge cluster and a large touch screen. Expect the rest of the interior to feature the same minimalist look as the concept, which is essentially an evolution of the current design.

Alfa Romeo could integrate the latest version of the UConnect interface on the Tonale. This should be a major upgrade over the current infotainment system found in the Giulia and Stelvio. Although it’s more user-friendly than before, UConnect remains one of the best in business for its responsiveness, intuitive layout, and modern look, especially the latest versions.

An expanded suite of driver assistance technologies should be in the cards for the Alfa Romeo Tonale. That could add steering assist and an enhanced lane-centering functional. There’s also a possibility that the Tonale could get a hands-free semi-autonomous driving aid a la General Motors. With the Jeep Grand Cherokee L getting that feature, there’s no reason the Alfa Romeo Tonale won’t, especially considering both are under the Stellantis corporate umbrella.

Things get a little odd on what will underpin the Tonale because it could either use the same Giorgio platform as the Giulia and Stelvio or use the FWD-based one underpinning the Jeep Renegade. We’re suspecting it’ll be the latter because the concept car originally shown at the 2019 Geneva auto show used that architecture. Additionally, the 1.3-liter turbo-four-based plug-in hybrid system is only used on vehicles with transverse engine layouts. In terms of output, North America will likely only get the most powerful version of that plug-in hybrid system. That unit makes 237 hp combined. Expect multiple drive modes including a full EV mode, which will let you travel emissions-free until you deplete the 11.4-kWh lithium-ion battery.

Since the Tonale slots below the Stelvio in size, Alfa Romeo will price it lower, likely around the $35,000 mark. That could be true if the Tonale arrives sharing the same underpinnings with the Jeep Renegade and using the same plug-in hybrid powertrain. However, with AWD standard and additional standard features, the starting price could be closer to $38,000 before federal tax credits and state incentives.

The Tonale could be the vehicle that brings more consumer attention to the Alfa Romeo brand. Being more compact than the Stelvio, it lands right in the heart of a segment that’s growing at a rapid pace. Having an electrified powertrain also gives the Tonale broader appeal because it hints that you can have a great driving crossover that backs up its looks and doesn’t compromise on efficiency. Whether this will increase Alfa Romeo sales, especially in the crossover-crazed United States, remains to be seen but from what we know, the Tonale has the right ingredients to do just that.