EVs and towing: It’s not the range, it’s where to charge with a trailer 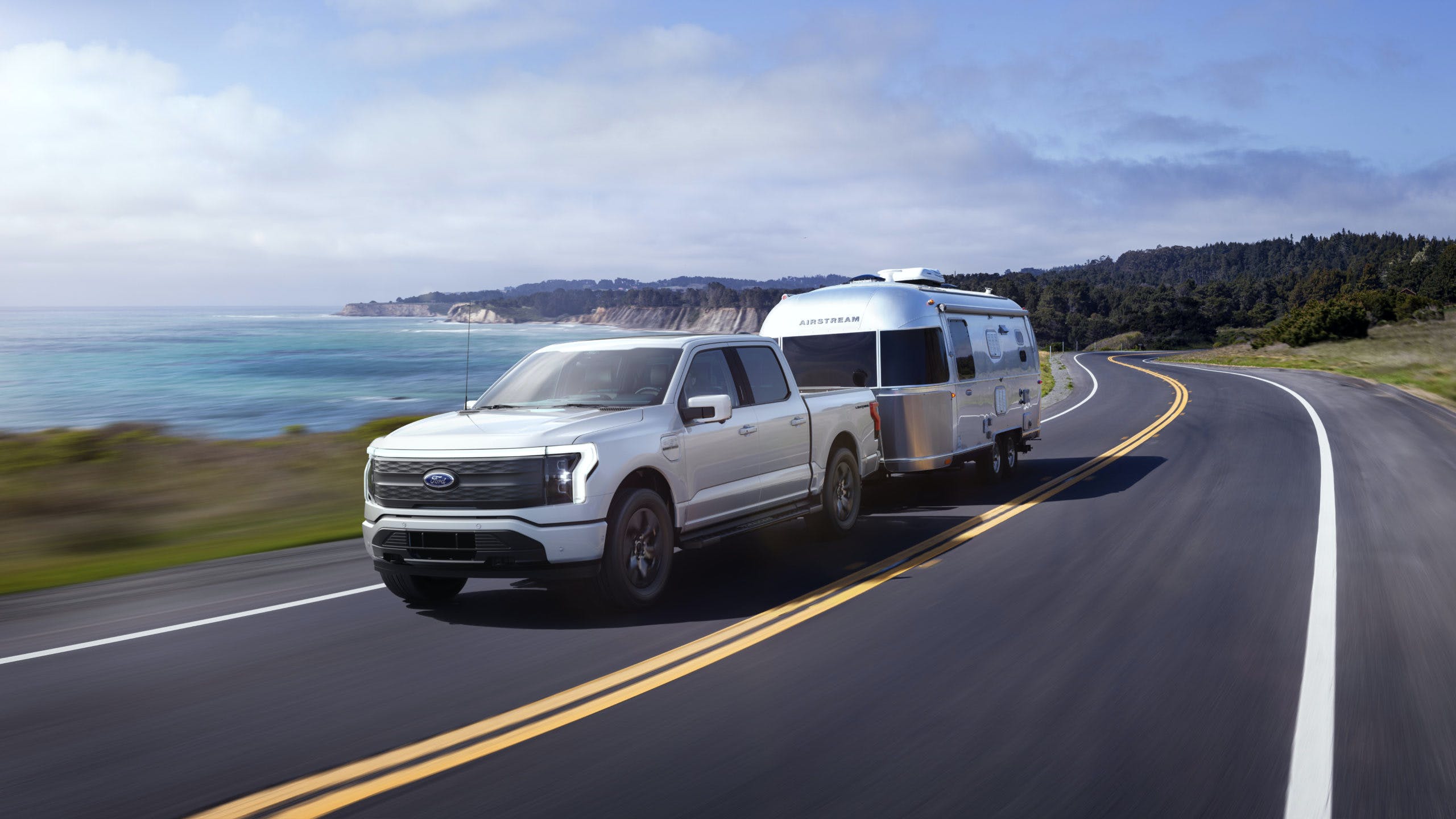 With the Ford F-150 Lightning and Lightning Pro being announced, people are asking how far they’ll be able to tow with one of these electric trucks. While yes, that is an important question — which I plan on addressing — it’s not as important as the question people should be asking. That question? Where do you charge?

When Rivian took its R1T midsize electric truck, with a maximum tow rating of 11,000, out to Davis Dam for hot weather testing, they reported a 50% loss in range. Considering the Davis Dam test is required for SAE J2807 certification, it’s safe to assume that Ford will complete the same test for Lightning.

Since most people don’t max tow their half-ton pickup trucks, real world range will probably be better. But regardless of how far you get, you’ll need to be able to charge.

Some Tesla Supercharger installations have the ability for a car to pull through. That means if there was a trailer attached, they’d still be able to charge easily. But most EV charging stations have the chargers located in parking spots that cannot be driven through.

Technology like Ford’s Pro Trailer Backup Assist makes hooking up a trailer a piece of cake, but it’s still a process. Plus, at some of these charging stations, there’s no place to even dump the trailer so you can pull up to a charger and charge.

If you look at the above screenshot of a Sheetz location with an Electrify America charging station, you can see the problem. All of the parking spots are designed for cars, and while you can pull up with a trailer to the fuel pumps, you aren’t accessing those chargers with a trailer. But then, where do you leave the trailer?

As we expand EV infrastructure, the location of these chargers can’t be an afterthought. They can’t be shoved in the corner out of the way, with poor lighting and accessibility. They need to be thought about the same way we think about fuel pumps.

Because people aren’t going to disconnect their trailers, they’ll just take up all the spaces while they charge. That doesn’t help anyone.

Written by Chad Kirchner
Follow Author
RELATED ARTICLES
Ford reveals the F-150 Lightning, the company’s EV pickup truck and industry mic drop
Chevrolet confirms that Silverado EV is coming after Hummer EV, built at Factory Zero facility
Did Rivian just reveal the efficiency of the R1T and R1S electric vehicles? Maybe
EV 101: Do I need a home charger if I want an electric vehicle?
RELATED ARTICLES
JOIN THE EV PULSE NEWSLETTER
Receive weekly updates on each of our electrifying articles.