Where are the hybrid and PHEV variants of Santa Cruz? We might be able to explain their absence 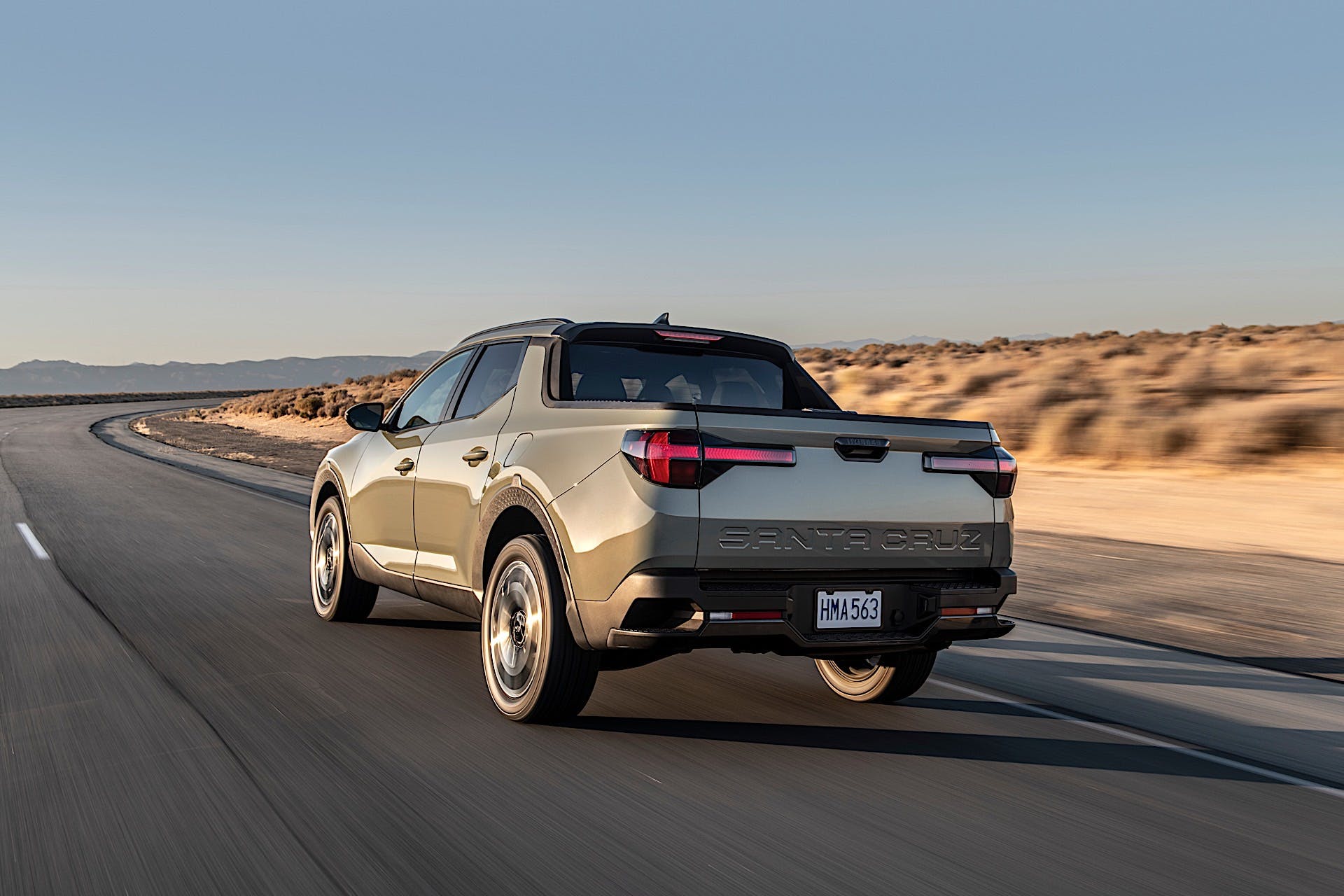 Hyundai just took the wraps off the long-awaited 2022 Santa Cruz crossover pickup and it looks stunning. This is a true compact truck in terms of size and dimensions and reviving a segment that’s long been dormant. With that said, we can’t help but wonder where the electrified powertrain options are. In the age of electrification, it seems like a misstep not to offer at least a hybrid option. However, we may be able to explain their absence.

If you didn’t know, the 2022 Hyundai Santa Cruz shares much of its underpinnings with the 2021 Tucson. Both had the same NX4 project code with the Santa Cruz adding “OB” for an open bed to distinguish it. That means if certain powertrains can fit in the Tucson, it’ll fit in the Santa Cruz. At the reveal, we asked Hyundai representatives about the lack of electrified powertrains and we were told that the brand is exploring the idea. Should demand be there, the brand can easily pivot and start adding those versions.

Electrifying the Santa Cruz shouldn’t cost Hyundai that much in development considering how mechanically similar it is to the Tucson. The Santa Cruz is wider, longer in length, and has a longer wheelbase compared to its crossover sibling. Otherwise, they’re very closely related. Hyundai’s commitment to electrification also means any of its hybrid, plug-in hybrid, battery-electric, and fuel cell powertrains can fit in the Santa Cruz because the platform it’s on was made with those in mind. As a result, the Tucson’s 226-hp hybrid and the 261-hp plug-in hybrid systems can be added without making extensive modifications.

Based on the type of vehicle and the target consumer, we’re suspecting that when Hyundai does add an electrified powertrain to the Santa Cruz, it’ll be a hybrid or a plug-in hybrid. The added weight of a large battery or a hydrogen fuel cell powertrain could reduce the Santa Cruz’s payload and towing capacity. A hybrid and/or plug-in hybrid system will do the same but it likely won’t result in a big hit in the vehicle’s capability and could have wider appeal in North America, which may end up becoming the model’s largest market.

An all-electric Santa Cruz or one with a fuel cell would be a nice addition but they’ll likely be a pricey proposition. The former could still come to fruition if Hyundai decides to sell the truck in Europe where the transition to all-electric motoring is happening at a faster pace. Whether that happens and ends up also getting sold in North America remains to be seen but expect at least a hybrid version to come to with or without a plug.