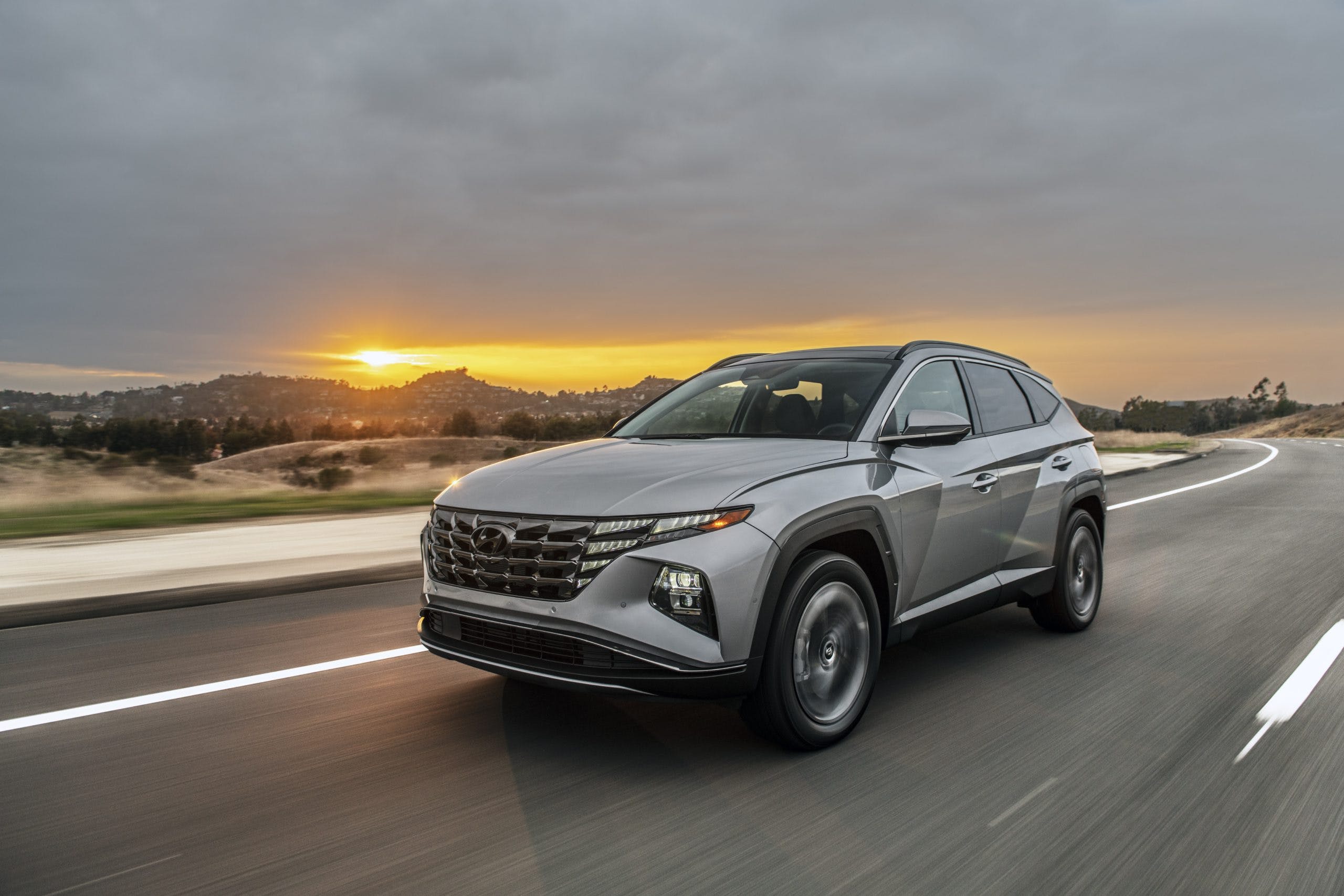 Hyundai has released more details on the 2022 Tucson Plug-In Hybrid, the most powerful iteration of its popular compact crossover to date. Like the standard hybrid, the Tucson PHEV gets a 1.6-liter turbo-four paired to an electric motor, a six-speed automatic transmission, and a lithium-ion battery.

The battery used in the Tucson PHEV is larger and has more capacity at 13.8-kWh while the electric motor makes 90 hp. The result is 261 hp combined and 32 miles of range in EV mode according to Hyundai. A standard 7.2 kW charger allows the Tucson PHEV to fully recharge in less than two hours. Hyundai expects a 30-mpg combined EPA rating for the Tucson PHEV. Towing capacity stands at 2,000 pounds.

Every variant of the 2022 Tucson PHEV will get AWD standard for improved traction on loose surfaces. Hybrid variants of the Tucson also feature Hyundai’s e-handling technology, which applies electric motor torque according to the driver’s inputs and road conditions, improving handling and stability. The car also uses the electric motor to apply slight regenerative braking at the front wheels when entering a corner to increase the tires’ contact patch and heighten steering response. Once the vehicle begins exiting a corner, the same thing happens at the rear wheels to improve traction.

When it goes on sale later this year, the 2022 Hyundai Tucson PHEV will be offered in two flavors: Blue and Limited. Expect the PHEV to cost more than the regular hybrid but also be eligible for a federal tax credit and state incentives.