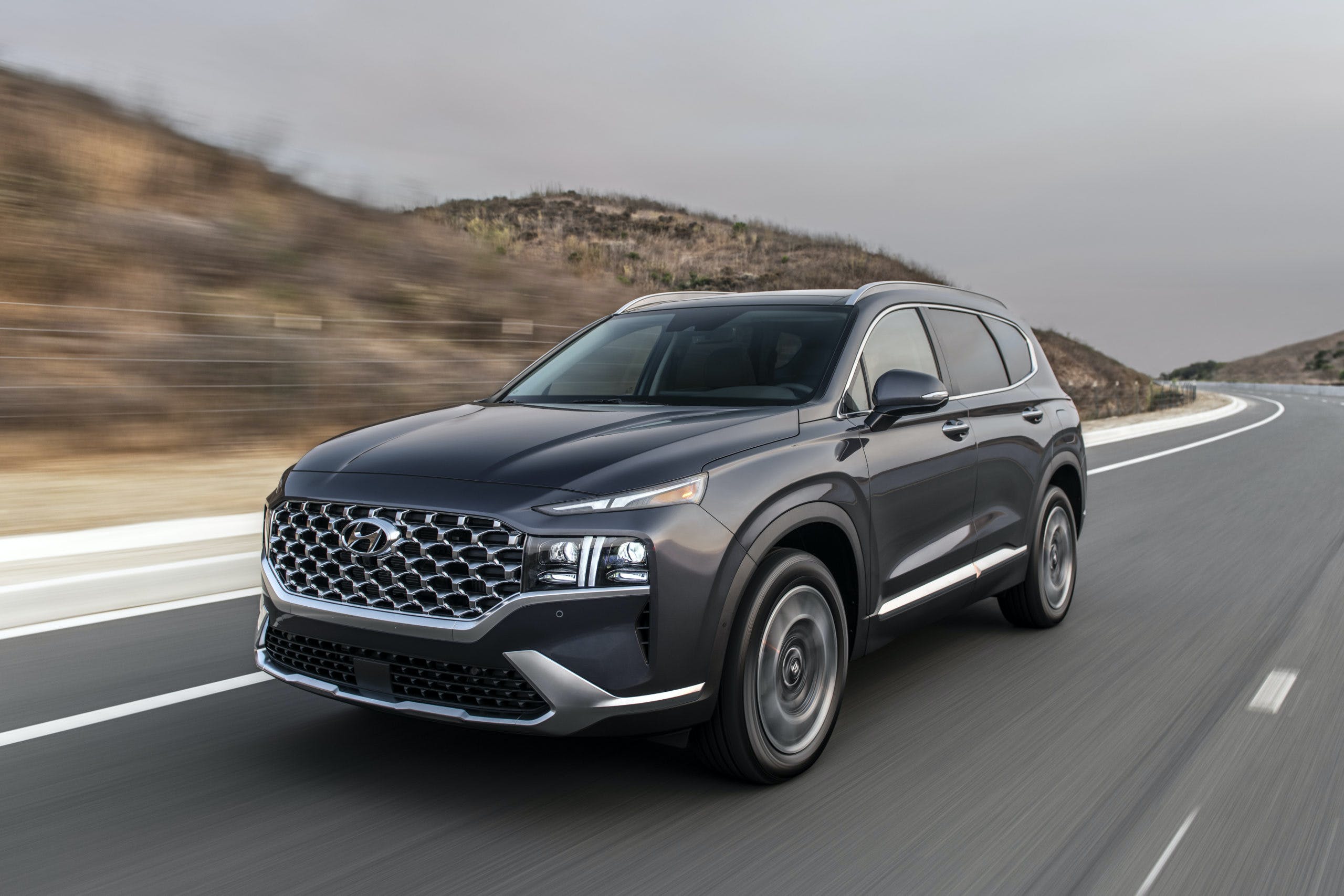 The most efficient model in the 2021 Hyundai Santa Fe lineup finally has EPA ratings and they’re pretty respectable considering the mid-size SUV gets AWD standard with the electrified powertrain.

In its base form, the 2021 Santa Fe Hybrid is rated for 36/31/34 mpg city/highway/combined. Should you opt for the Limited, which has more standard equipment, EPA fuel economy ratings drop slightly to 33/30/32 mpg. That’s slightly lower than the mechanically similar Kia Sorento Hybrid, which is rated for 39/35/37 mpg. However, the Kia is sold in the U.S. only with FWD, which means it’s likely lighter. If you want an electrified Sorento with AWD, you’ll need to wait for the plug-in hybrid, which will be offered only in the SX and SX Prestige grades.

The most direct competitor to the Hyundai Santa Fe Hybrid is the Toyota Venza, which is rated for 40/37/39 mpg. Unlike the Hyundai, the Venza is significantly smaller and it doesn’t use a mechanical AWD system, relying instead on an electric motor mounted on the rear axle to add extra traction.

Later this year, a plug-in hybrid variant will join the Santa Fe lineup. Like the conventional hybrid, the Santa Fe PHEV uses a 1.6-liter turbo-four coupled to an electric motor and a six-speed automatic transmission. The 1.5-kWh lithium-ion battery gets swapped for a larger 13.8-kWh unit. The total system output should be 261 hp, which is the same as the upcoming Sorento PHEV and Tucson PHEV.