2022 Hyundai Tucson Hybrid gets up to 38 MPG combined 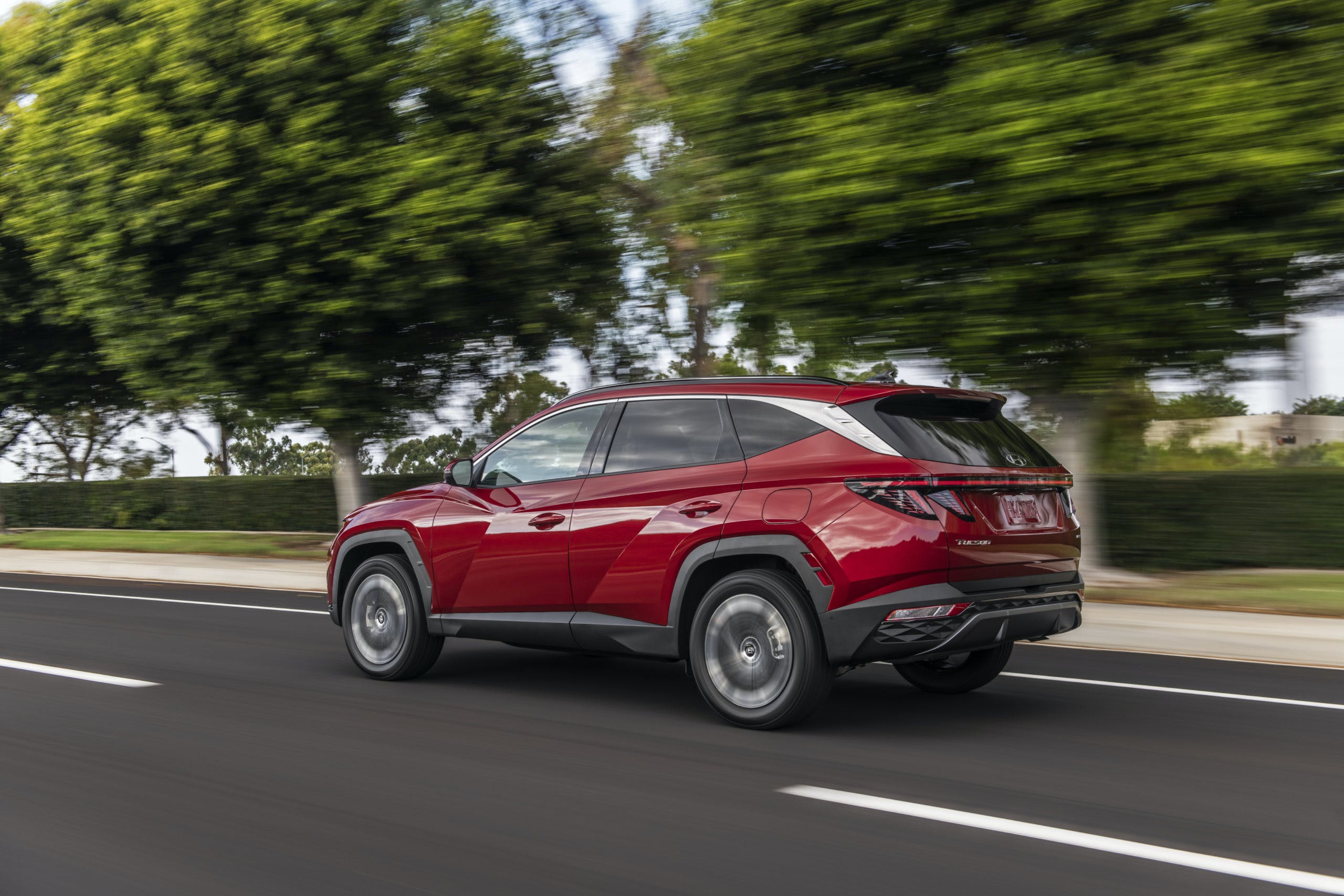 If you’re looking for a compact crossover that blends power with exceptional efficiency, you now have another choice. The EPA just released the fuel economy estimates for the 2022 Hyundai Tucson Hybrid and they’re on par or a smidgen lower than key competitors. Base Blue trims are the most efficient at 38 mpg city/highway/combined. SEL Convenience and Limited grades are rated for 37/36/37 mpg. In comparison, the Toyota RAV4 Hybrid is EPA-rated at 41/38/40 mpg while the Honda CR-V Hybrid checks in at 40/35/38 mpg.

The Tucson makes up for its slightly lower EPA fuel economy ratings with more power. Hybrid models use a 1.6-liter turbo-four coupled to a 59-hp electric motor, a 1.49-kWh lithium-ion battery, and a six-speed automatic transmission. The total system output is 227 hp, which is 8 hp and 15 hp more than the RAV4 and CR-V respectively. All Tucson Hybrid models also get AWD as standard.

Following the conventional Tucson Hybrid will be a plug-in hybrid that’s able to travel around 32 miles in full EV mode. The plug-in also gets a 90-hp electric motor and a 13.8-kWh battery bumping combined to 261 hp. However, the Tucson PHEV’s combined fuel economy is estimated to be 30 mpg according to Hyundai.