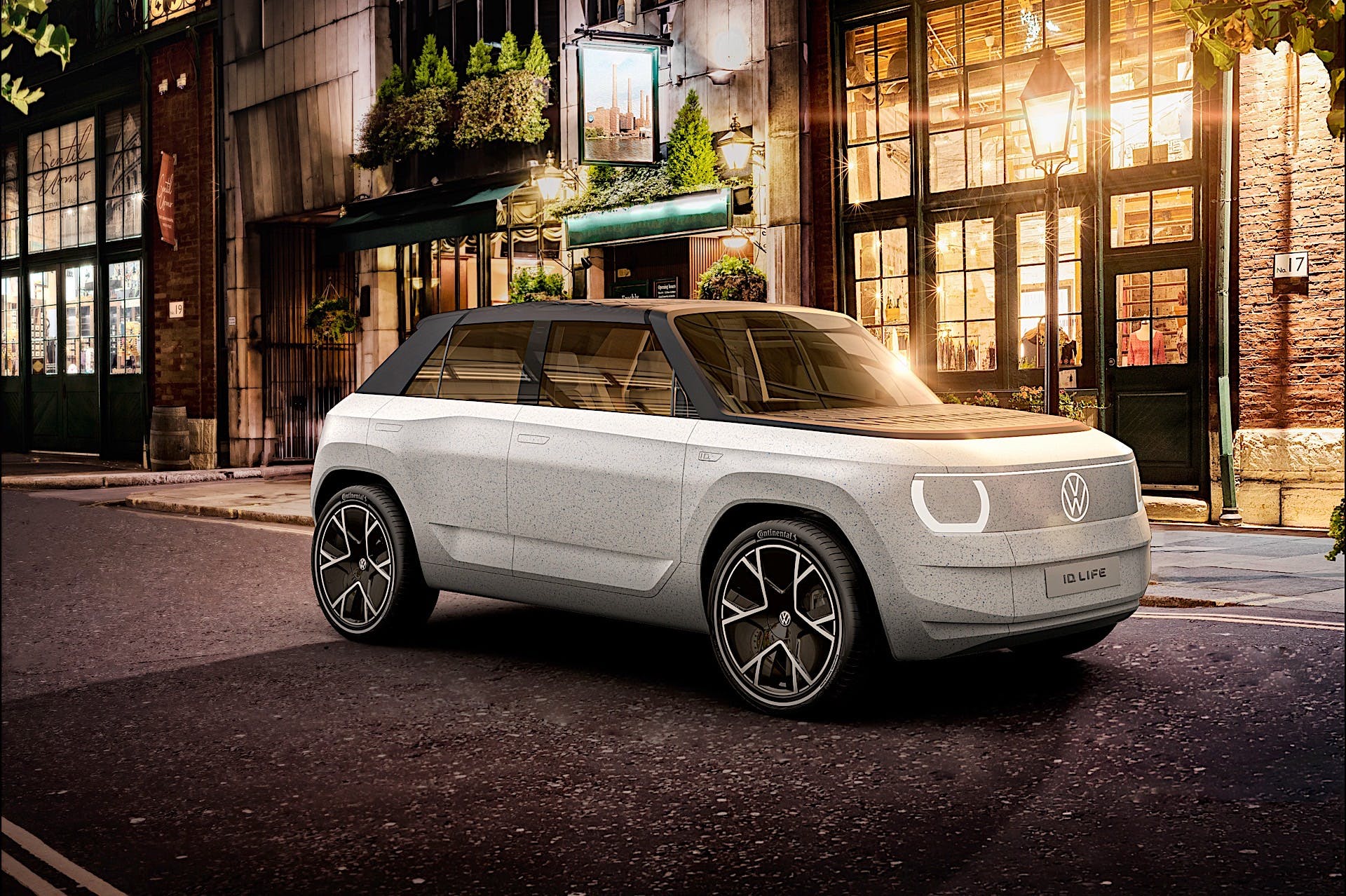 In addition to showing off its autonomous ID. Buzz alongside Argo AI, Volkswagen is using the 2021 Munich auto show to introduce a concept car that previews an upcoming entry-level subcompact crossover. Called the Volkswagen ID. Life Concept, this cute, boxy, and techy-looking show car is a brand’s idea of an urban-focused utility vehicle. Ralf Brandstätter, CEO of the Volkswagen brand, said that the production version will launch in 2025 with a starting price of £25,000, which is just under $30,000 when converted directly.

The Volkswagen ID. Life Concept features a clean, uncluttered design with lots of pixel LED lighting elements in the front fascia. It features a two-tone white and dark gray exterior color and hidden door handles to add to its simple yet elegant and youthful look. The rear mirrors the same light pattern in the front minus the pixel elements for the headlights. Instead, the two circle-shaped LED taillights are connected by a single light strip. One cool feature of the ID. Life is the removable roof made of air chamber textiles to give the cabin a more open feel while reducing weight.

Based on a smaller version of Volkswagen’s MEB architecture, the ID. Life uses a 57-kWh battery and a 234-hp electric motor powering the front wheels. In the WLTP cycle, the crossover can travel up to 400 km or 248 miles on a single charge. “The ID. LIFE proves once again how uniquely flexible the MEB is. The platform is suitable for vehicles of all types, from small cars to vans,” says Thomas Ulbrich, member of the Volkswagen Brand Board of Management for Development. “It’s the most scalable electrical architecture in the industry. We’re just beginning to tap into the potential of MEB. Performance, charging capacity, and range will continue to improve with each new model and software update.”

Natural and recycled materials are used in the ID. Life to highlight Volkswagen’s focus on sustainability. The clear coat, for example, uses wood chip-based natural coloring and a bio-based hardener. Its fabric air chamber roof is made of 100 percent PET bottles. Inside, the seats and door trim use ArtVelours Eco upholstery and are complemented by natural wood on the dash. Bio-oil, natural rubber, and rice husks are the other materials used on frequently used components like tires.

Volkswagen says that you can turn the ID. Life into an entertainment center quite quickly. It features a built-in video game console, a projector, and a projection screen that extends from the dash. A 230-volt/16-amp power supply allows the car to power other devices. The seats can also be folded flat, creating cinema-style seating, a bed, or maximizing cargo capacity. All essential functions are on the steering wheel-mounted touch pad. A smartphone or a tablet can be used for infotainment duties.

The Volkswagen ID. Life Concept is part of the brand’s Accelerate strategy, which aims to increase the sales of its electric vehicles by 70 percent in Europe and 50 percent in North America and China by 2030. Volkswagen’s expansion of the ID family to the entry-level space is another step toward fully electrified mobility. The U.S. will initially get the ID.4 and ID. Buzz, the former of which will eventually be built in Chattanooga, Tennessee. Europe will surely get the production version of the ID. Life but the chances of it coming to the U.S. are slim despite it being a crossover.