Is Volkswagen planning an ID.3 convertible? 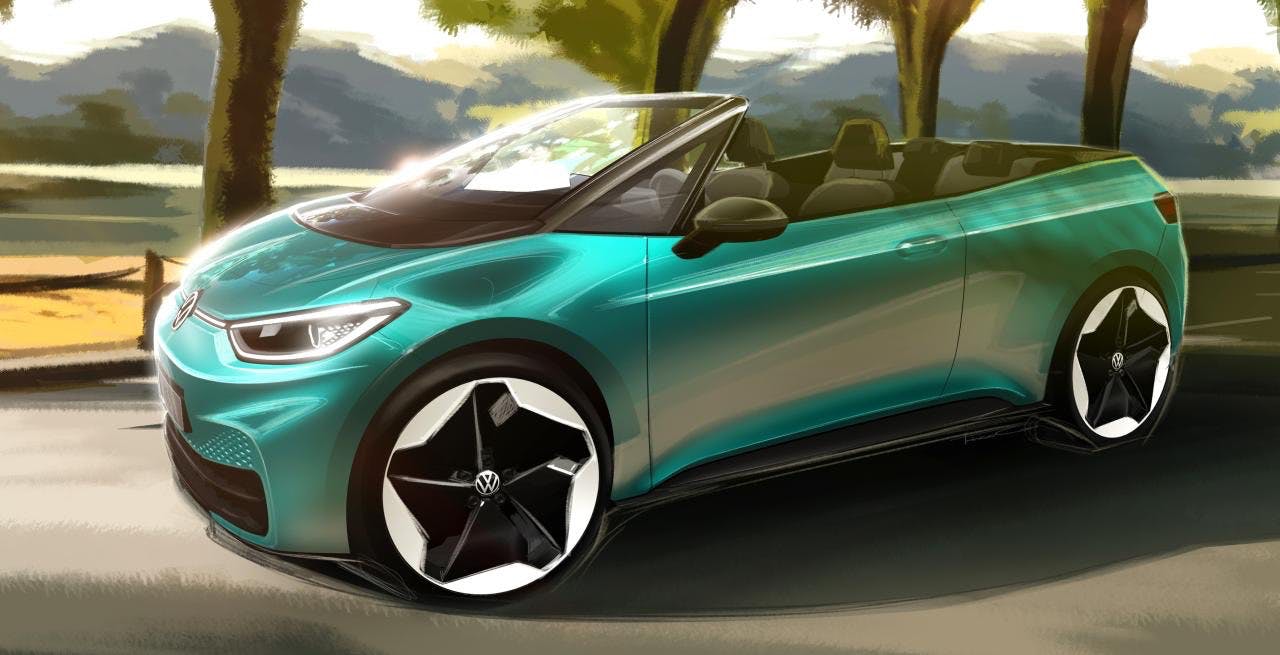 It looks like Volkswagen wants more ID models and group boss Herbert Diess wants a fun convertible. “quiet, smooth, open: We‘re thinking about an e-convertible, maybe an #VWID3 convertible. What do you think?” Diess said on Twitter. Volkswagen’s CEO also included a rendering of an ID.3 convertible, which appears to be straight-up legit from one of the brand’s design studios.

An ID.3 Convertible would turn the ID.3 lineup into the electrified equivalent of the Golf lineup. For multiple generations, the Volkswagen Golf came in multiple body styles including a two- or four-door hatchback, a wagon, a small van, and a drop-top variant called the Cabriolet. Recently, however, the Golf lineup has shrunk down, losing the two-door hatch, convertible, and van. In most global markets, the eighth-generation Golf is only available as a four-door hatch or wagon. In the U.S., we’re only getting the former in GTI and Golf R flavors.

Should the ID.3 convertible come to fruition, it would signal the continuation of the Golf’s heritage via a new nameplate. This could become the second body style for the ID.3 lineup and would likely be offered as the sportier model. Don’t expect the ID.3 convertible to come to North America, though. With the standard ID.3 hatchback not even offered here, that cuts the chances of the drop-top being sold here. The ID.4, which is about to go on sale, will likely be the only all-electric Volkswagen model in the U.S. until sedans and larger crossover debut.