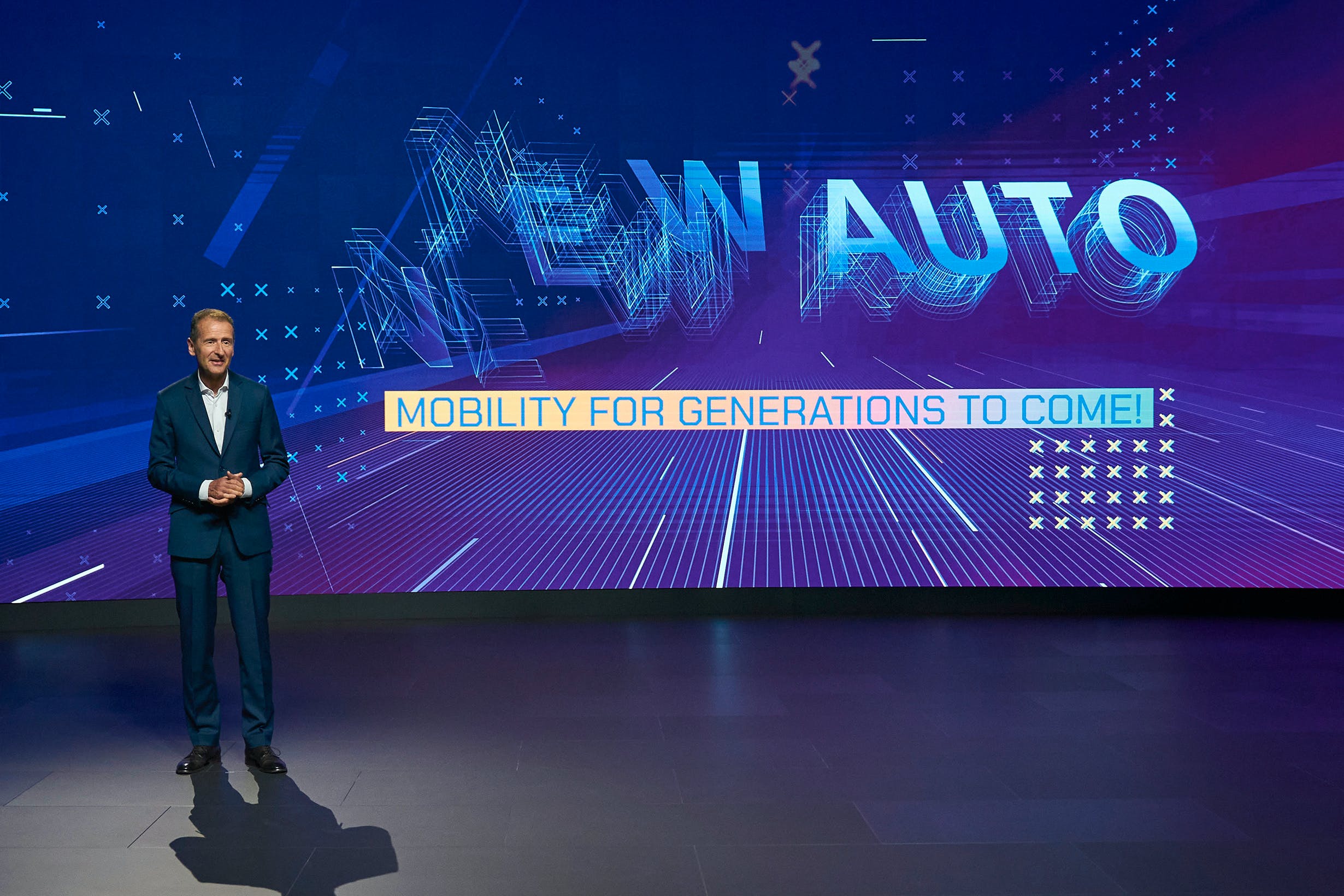 Volkswagen appears to have gone full steam ahead concerning electrification. According to a report from Automotive News Europe, the brand has accelerated the development of its Scalable Systems Platform (SSP) even though it’s barely rolling out its current generation battery-electric architectures, MEB and PPE. The latter launches next year on the all-electric Porsche Macan and will be followed by a slew of Audi products for 2023. Volkswagen Group only launched the MEB architecture a few years ago with the ID.3. Now, it’s currently in use on the ID.4, the Audi Q4 e-tron family, and the Skoda Enyaq.

First announced earlier this month as part of Volkswagen’s Strategy 2030 plan, group CEO Herbert Diess called it a “super-platform.” The SSP architecture will replace all current Volkswagen Group platforms including MEB and PPE. Audi CEO and Volkswagen Group development chief Markus Deusmann noted that the SSP platform will allow for significant amounts of brand differentiation since its modules, battery sizes, and body lengths can be altered. “It will not be one size fits all,” added Deusmann. “We can still address specific vehicles and brand requirements, through the combination of the different modules.”

There will, however, be brand overlap when it comes to the software stack, autonomous driving stack, and powertrains. The use of a single platform brings with it additional savings plus easier integration of complex components including electrical architecture and software. Duesmann said that this can reduce complexity by 50 percent, which helps the Volkswagen Group achieve better economies of scale. Volkswagen Group is investing $950 million in a new research and development facility in Wolfsburg, Germany, which is where the SSP platform and its components will be designed. Audi’s Project Artemis will be the lead vehicle on the new architecture and introduce its major modules in 2025, which includes a software stack that allows for level 4 autonomous driving and a new battery cell technology. Automotive News Europe also notes that Project Artemis will also result in new flagships for Porsche and Bentley, in addition to Audi. A second Audi model, dubbed Apollon, should arrive a year after. Three concept cars dubbed “spheres” will preview Audi’s SSP-based vehicles.

Duesmann revealed that by the end of the decade, every brand in the Volkswagen Group will be using the SSP architecture. There won’t be as many vehicle variants this time around to minimize complexity and costs. Volkswagen’s Project Trinity, an electric sedan that’s reportedly going on sale in 2026, will be its first SSP Vehicle.

During its Strategy 2030 presentation, Volkswagen revealed that it will transition to the SSP platform in 2026 to sell over 40 million vehicles. It will also allow other automakers to use the SSP platform just like it did the MEB architecture. To secure its battery supply and address all aspects from the raw material to recycling, it will create a sustainable closed loop value chain to make production cost-effective. The cost of the new battery cell will be 50 percent less and will have an 80 percent use case by 2030. Six gigafactories in Europe will have a capacity of up to 240 GWh by 2030 with the first being in Skellefteå, Sweden, and operated by Northvolt. Volkswagen recently invested an extra $590 million in Northvolt to start production by 2023. The second facility will be in Salzgitter, Germany, which is expected to start production in 2025 and will be operated by Gotion High-Tech, a battery cell specialist firm from China. Volkswagen is looking at Spain as its third factory location to make that country a key part of its EV value chain and secure local vehicle production by 2025.

The U.S., China, and Europe will be the key Volkswagen Group markets. Volkswagen will be rolling out the ID.6 and ID.3 to the Chinese market, joining the ID.4. It is also building a new research and development center there and is aiming to create a local hub for the production of SSP vehicles. In the U.S., the Chattanooga, Tennessee plant received investments to start its transition into a full EV manufacturing facility. In addition to the ID.4, the ID. Buzz van will be the next EV joining Volkswagen’s U.S. lineup.