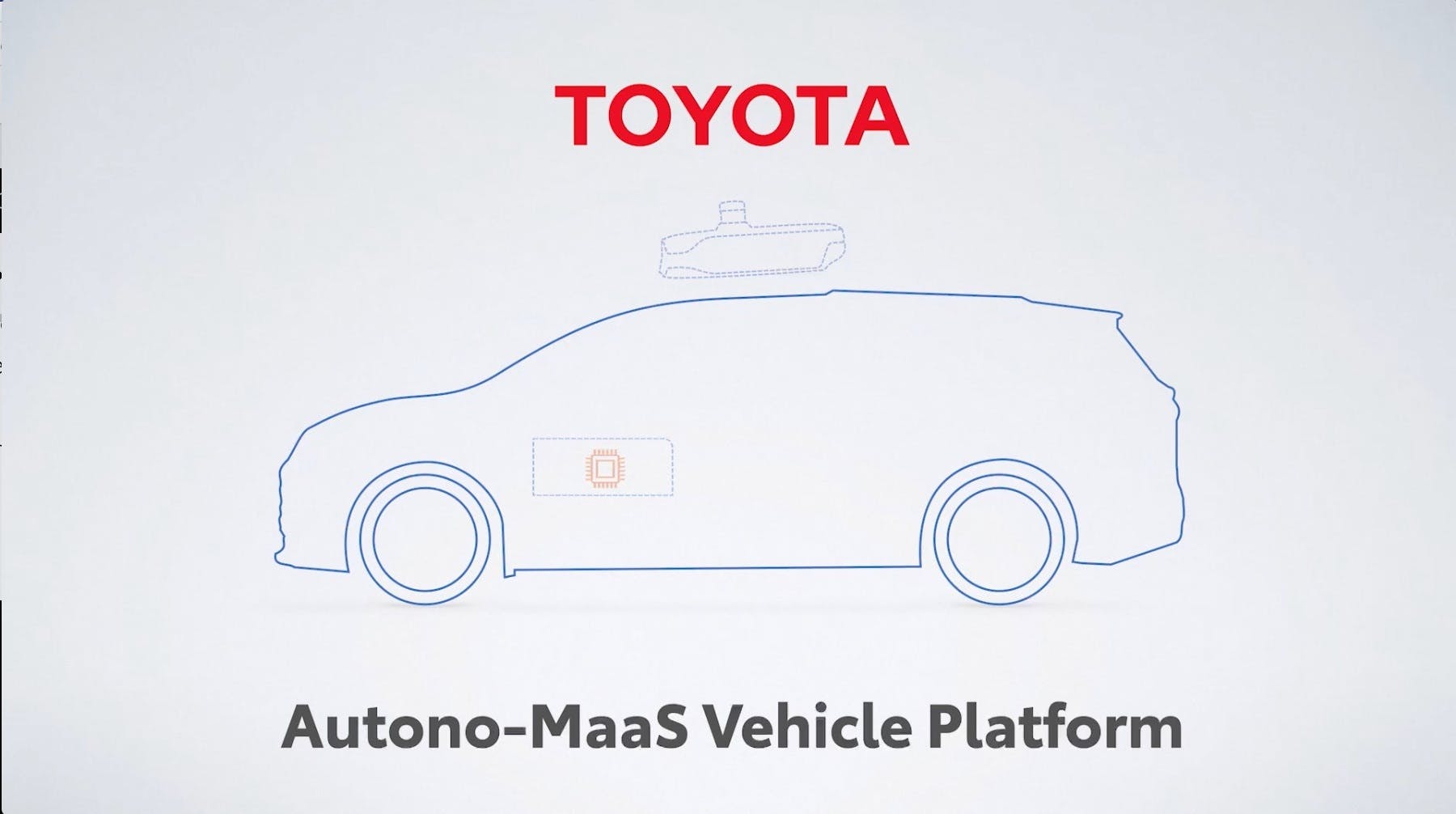 The current-generation Toyota Sienna is being used as the platform for the development of autonomous driving technologies. Once the vehicle comes off the assembly line of Toyota’s Indiana manufacturing plant, it gets a new control interface to make it compatible with third-party autonomous driving kits for use in mobility-as-a-service (MaaS) roles. The result is the Toyota Sienna Autono-MaaS or S-AM. Toyota has been delivering the vehicle to two costumes Aurora Innovation and May Mobility since 2021. The latter is also working with Toyota in finding implementations of its latest Cabin Awareness system.

These specially modified Toyota Sienna minivans will be used to demonstrate how autonomous vehicles can serve in mobility service roles. Some of the key differentiators include a massive array of sensors and other equipment mounted on a pod on the vehicle’s roof. Some also appear to have radar and LiDAR sensors on the front fenders similar to what you find on the Toyota Mirai and Lexus LS 500h equipped with the Teammate semi-autonomous driver assistance system. Before vehicles are delivered to a partner, they get torn down at Toyota’s prototype development lab and rebuilt with unique electronics and wire harnesses specifically for autonomous driving. All of the unique Toyota parts are moved into the center console where you’ll also find redundancies for the systems.

May Mobility is already in areas that don’t have extensive transportation systems providing services for consumers. Aurora Innovation, on the other hand, is working with Toyota at the latter’s research and development center so the vehicles can be tailored to their needs. The Siennas used by Aurora use the same Aurora Driver hardware and software systems used in large commercial trucks. This allows them to operate at high speeds of around 70 mph and gives them the capability to see far down the road and navigate through construction zones. Toyota says the Sienna Autono-MaaS is only the beginning of its exploration of autonomy and will be looking at other possibilities for its use in the future.

The current generation Sienna is currently the only minivan that comes standard with a hybrid powertrain. It takes a 2.5-liter four-cylinder and couples it to electric motors, a nickel-metal hydride battery, and a planetary gear set. The combined output is 245 hp. One of the key differences of this version is the front electric drive motor is a higher output unit than what you’d find in the Camry, RAV4 Hybrid, and Venza. The Sienna is only one of two minivans available with AWD and instead of a mechanical unit, it gets a second electric drive motor mounted on the rear axle instead of connecting the front and rear axle. It’s EPA-rated at 36 mpg across the board in FWD variants and 36/36/35 mpg with AWD.

A new 25th Anniversary Edition joins the lineup for the 2023 model year and is based on the XSE grade. It gets additional standard features including heated and ventilated front seats, a 1,500-watt inverter, a JBL audio system, sport-tuned suspension, lots of black badges, black leather upholstery with contrast stitching, special 25th-anniversary floor mats, and a key fob sleeve in the same color as the interior. This model will be limited to 2,525 units for the year and will be sold alongside the outdoorsy Woodland Edition.