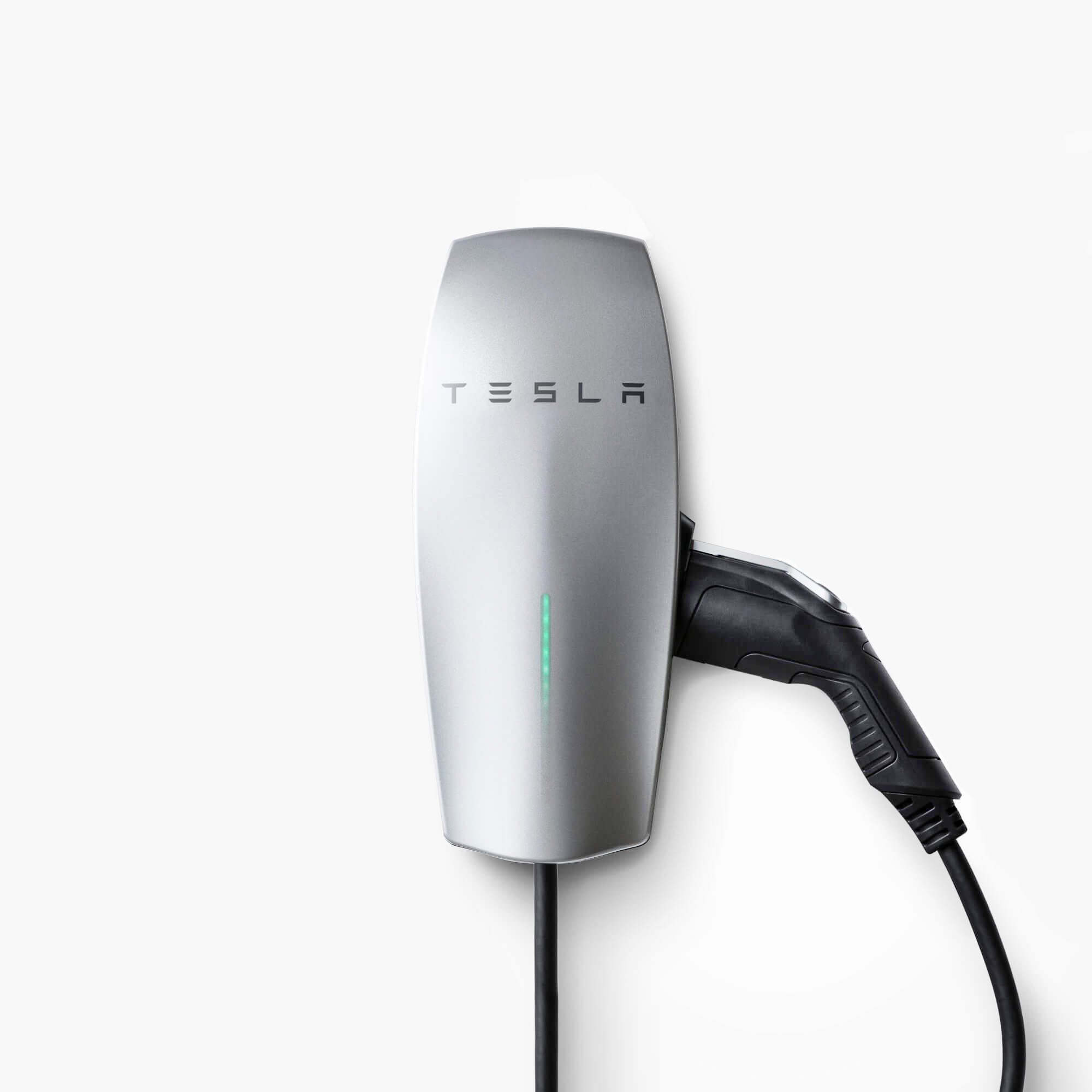 Like any premium-focused brand, Tesla offers a variety of accessories with the Tesla logo on it. While mostly apparel, Tesla has also offered a Tesla-branded wall charger. The advantage to that charger was that it had a Tesla connector on it, meaning you didn’t need the adapter to make it work.

Now Tesla is offering, in addition to its regular wall charger, another Tesla-branded charger. It’s less money — currently $415 — but otherwise looks just like the wall connector the company currently sells.

The difference? It uses a J1772 connector.

Who is this for? Well, if you are an all Tesla household there’s no reason to get this charger. Each time you plug your car in you’ll need to use the Tesla to J1772 adapter that your car came with. Which is an extra, unnecessary step.

If you have multiple vehicles that aren’t all Tesla, this might be a good solution if you want your wall charger branding to be Tesla. Tesla’s design is sleeker than many other offerings, and the price is reasonably competitive to those offerings. For vehicles that aren’t Tesla, they can plug right in. Then the adapter would only be needed for Tesla vehicles.

Though, if you have two cars in your garage, you probably want a charger for each one. Then in that case you’d buy a Tesla connector for your Tesla and another brand for your other car, unless you wanted a consistent look.

Finally, you might not own a Tesla but — maybe, we don’t know — want to flex the Tesla logo on your charger. If that happens to be the case for you, then this is your solution.

We do like the design and could potentially consider it even if we didn’t own a Tesla. But it’s a hardwire only box, with a maximum of 40 amps, which is 9.6 kW. Tesla’s own Tesla box is 48 amp for over 11 kW of charging speed.

If you are interested in checking it out, here’s the link.