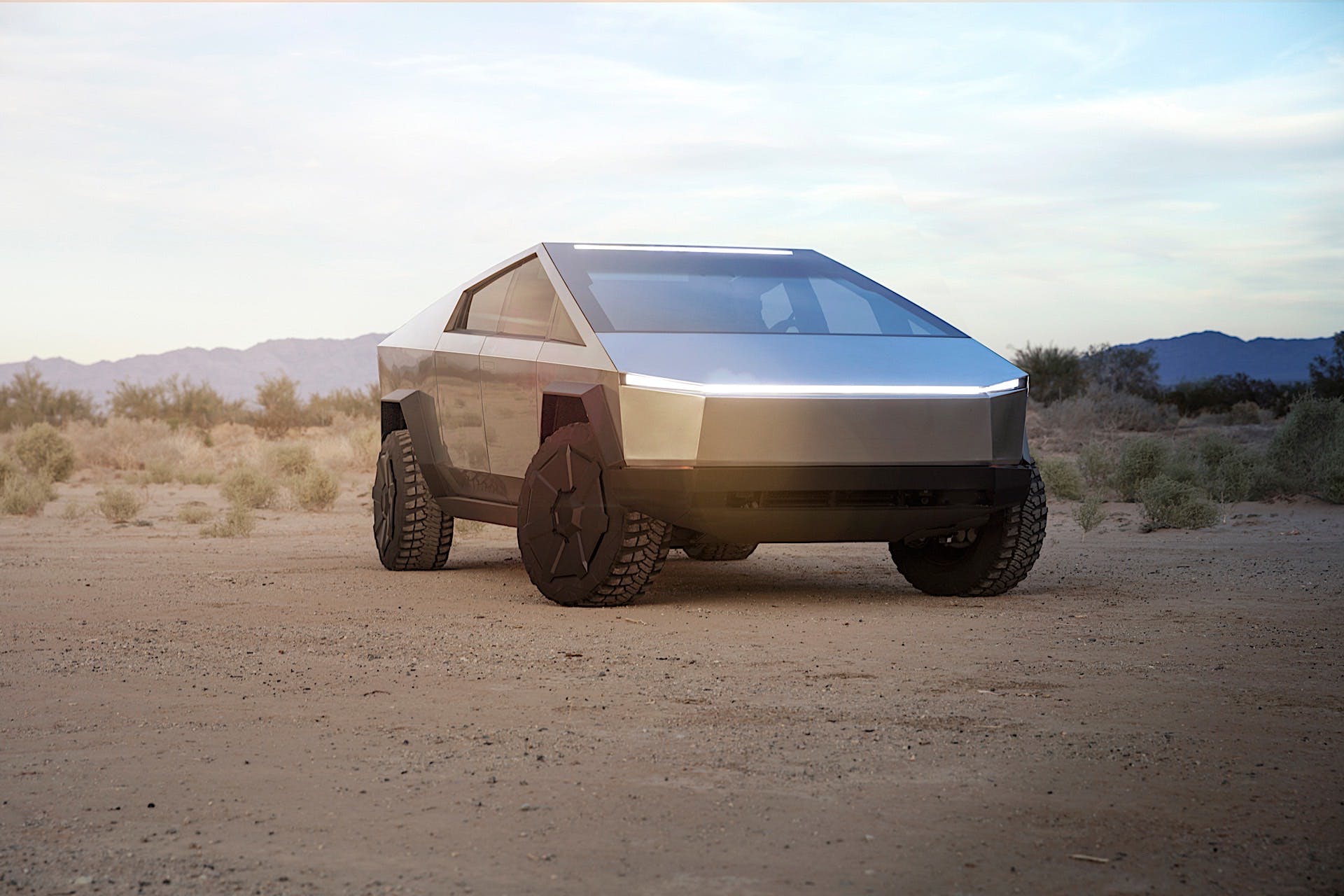 Should we be surprised that Tesla’s upcoming Cybertruck is delayed? No. Originally promised to come off the production line in late 2021, the angular pickup with a so-called exoskeleton won’t be delivered to consumers until sometime in 2022 or later. That shouldn’t shock anyone because Tesla’s timelines are never on point; the company has a history of not delivering on its original target dates. During the company’s second-quarter earnings call, the company all but confirmed that the Tesla Cybertruck is not coming this year, reported Roadshow.

Lars Moravy, vice president of vehicle engineering at Tesla, tried to not confirm the delay but did so in a comment during the call.

“Cybertruck is at a stage where we finished basic engineering of the architecture of the vehicle. With the Cybertruck, we are redefining how a vehicle is being made. As Elon said, it carries much of the structural pack and large casting design of the Model Y being built in Berlin and Austin,” said Moravy. “Obviously, those take priority over the Cybertruck, but we are moving into the beta phases of Cybertruck later this year and we will be looking to ramp up production at Giga Texas after Model Y is up and running.”

Should beta prototypes turn up this year, it’s still too soon for the truck to make it to customers’ driveways before the end of 2021. Moravy’s statement makes it clear that the Cybertruck has been delayed. Documents shown during the earnings call also showed the Cybertruck under the future product section alongside the Roadster and Semi, two vehicles that have also been delayed. Unsurprisingly, that same section of the presentation was also labeled “in development,” hinting that these vehicles are still pretty far off from being ready for series production.

The company has prioritized Model Y production due to high demand in the U.S. and revealed that it plans to ramp up production of that vehicle first at its new Austin, Texas facility. Tesla also plans to ramp up Model Y production in Europe once its Berlin Gigafactory comes online. Its production facility in Shanghai will also expand to meet demand in that local market. The Model 3 and Model Y has since made up the bulk of Tesla sales globally with the latter now starting to make up the bulk of the volume.

Originally revealed back in 2019, the Tesla Cybertruck will be available in single, dual, or tri-motor configurations. The single-motor variant is expected to get over 250 miles per charge and tow around 7,500 pounds. This version is also the least potent and does the 0 to 60 mph run in 6.5 seconds. Dual-motor models get AWD standard and should be able to travel 300 miles per charge and tow over 10,000 pounds. If you’re looking for the most potent version, get the tri-motor flavor because it can sprint to 60 mph in under 2.9 seconds and tow over 14,000 pounds. The tri-motor Cybertruck also gets AWD standard and is estimated to travel over 500 miles before needing to charge. You’ll pay for all of that performance because the tri-motor version starts at $69,900. Single- and dual-motor variants start at $39,900 and $49,900 respectively. The Full Self Driving option, which adds Navigate on Autopilot, summon, automatic parking, automatic lane changing, and traffic sign recognition.

Written by Stefan Ogbac
Follow Author
RELATED ARTICLES
Elon Musk: Tesla to open Supercharger network to other EVs this year
Engineering Explained’s Jason Fenske explains why zero should mean zero in 0 to 60 mph testing
Did Rivian just reveal the efficiency of the R1T and R1S electric vehicles? Maybe
Can you charge a Tesla with the Pro Power Onboard generator on the Ford F-150 hybrid?
RELATED ARTICLES
JOIN THE EV PULSE NEWSLETTER
Receive weekly updates on each of our electrifying articles.