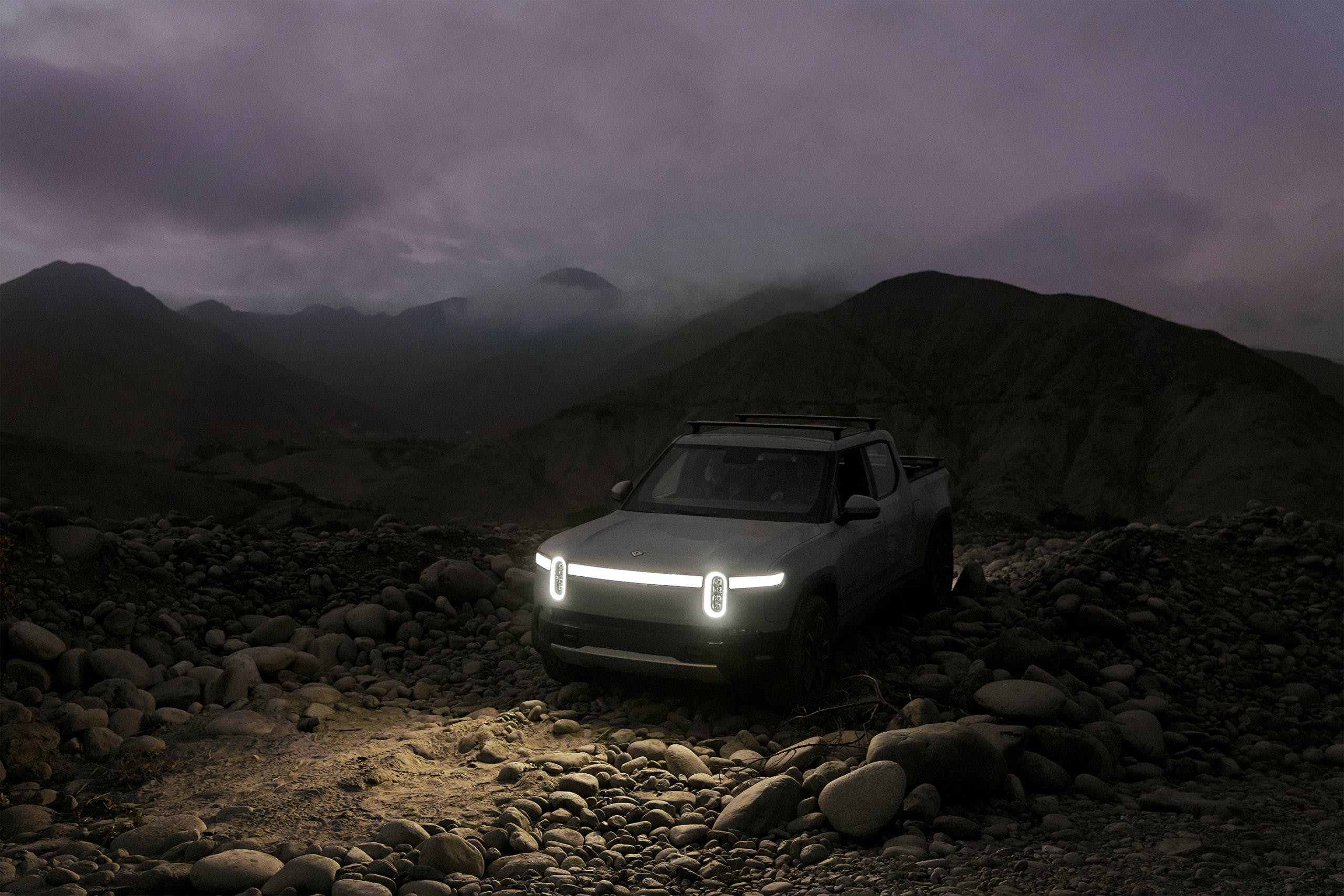 Well, it looks like we now know what Rivian will name the vehicles that will follow the R1T and R1S. Originally found by the Rivian Owners Forum, the trademarks suggest that there will be three crossovers and three trucks following the two initial models. In total, Rivan wants to launch six vehicles by 2025.

If we were to make an educated guess, we think that Rivian is trying to cover multiple segments with the six vehicles it’s planning to release. The R1T is essentially a midsize truck aimed at the likes of the Honda Ridgeline, Chevrolet Colorado, and Nissan Frontier. The R1S, on the other hand, is a three-row midsize luxury SUV aimed at the likes of the Tesla Model X but with a more off-road focus.

We’re suspecting that the R3T and R3S are the compact truck and crossover respectively. Seeing as the compact crossover segment is one of the hottest in the industry, it would make sense for Rivian to compete there against the Tesla Model Y and upcoming entries like the Hyundai Ioniq 5 and Kia EV6. The R3T, on the other hand, could add a third model into the recently reborn compact truck segment competing against the Ford Maverick and Hyundai Santa Cruz. Rivian, however, will hold the distinction as the only all-electric truck. These compact offerings may not be available with the larger battery options mainly due to their smaller size, which could prevent the larger packs from the R1S and R1T from fitting.

As for the R4S, R4T, R5S, and R5T trademarks, two of those should be a full-size truck and crossover respectively. We’re suspecting that the big pickup will be available in commercial and consumer flavors. Rivian already makes commercial vans so a work truck is a likely addition to get more businesses to add electric vehicles to its operations. The consumer-oriented version, on the other hand, will likely continue the focus on off-road capability. The full-size models could also get only the larger battery packs to provide generous driving range, power, and capability.

One of these trademarked names for a crossover will likely be an on-road-focused model. It could be one of those coupe-like SUVs a la Mercedes-Benz GLC Coupe and BMW X4 but we suspect it won’t look like a raised sedan. This could broaden the Rivian lineup, allowing it to expand beyond rugged crossovers and trucks. This on-road-focused model could likely be similar to cars like the Kia EV6, which emphasizes sporty driving over off-road capability. The most potent version will likely offer the same level of potency as the Kia EV6 GT and Tesla Model Y Performance, if not more depending on how many motors it has and the battery size.

The third truck, however, remains a mystery. Rivian will have three segments covered with its pickups but we’re not sure if this fourth one is an even smaller subcompact model or a heavy-duty one. Should it be the latter, this could be another vehicle aimed at businesses, focusing more on its capabilities as a work truck instead of a consumer-oriented vehicle.

Based on these trademarks, Rivian will keep its focus on crossovers and trucks but broaden its portfolio to go beyond adventure-focused off-road models. This should help the brand appeal to more consumers by giving them a variety of models to choose from that will fit their lifestyles.