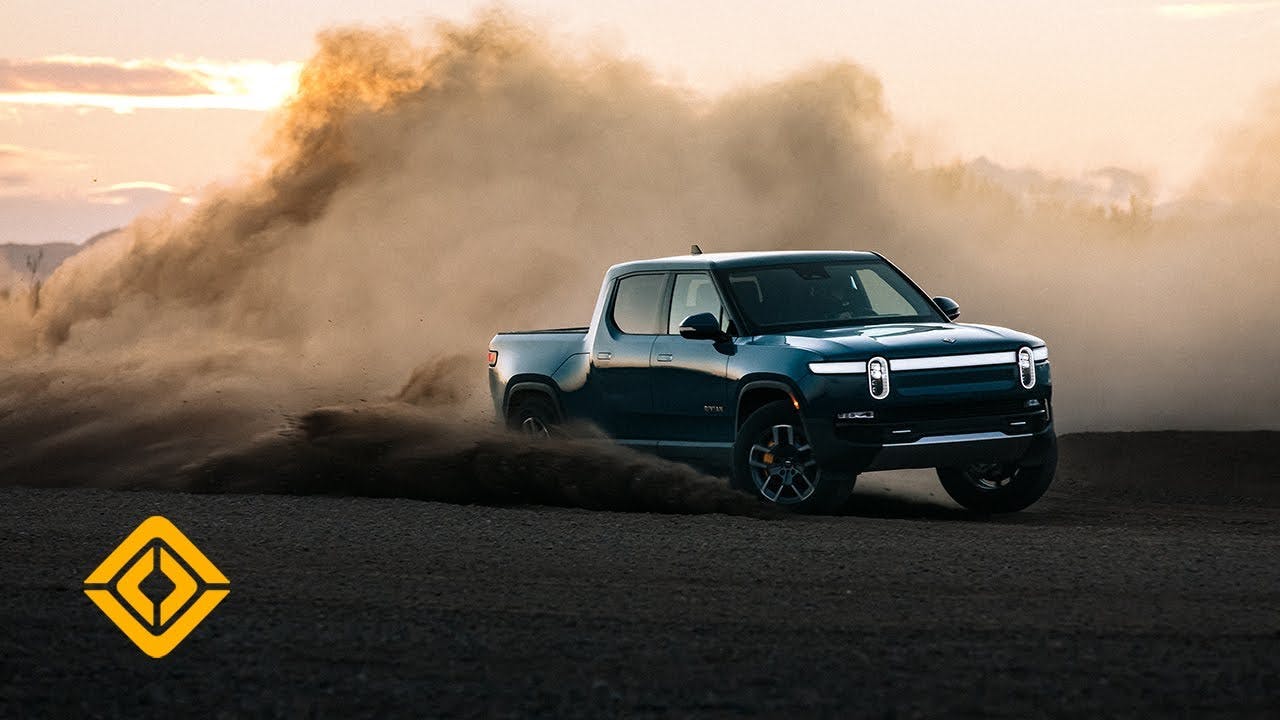 The Rivian R1T changed the game when it came to pickup trucks. Being a battery-electric vehicle already put it ahead of the game but its capabilities proved its mettle against traditional internal combustion competitors, especially with its 314-mile driving range on a single charge. Rivian recently showed off the truck’s capabilities on a closed course using the 835-hp version via its different drive modes and caught it all on video.

In total, the Rivian R1T has eight drive modes split into four for the pavement and another four for going off-road. That’s standard on all models out of the factory. This allows you to adjust the ride height, suspension stiffness, accelerator response, AWD system, and other parameters to optimize the vehicle for comfort, performance, or efficiency regardless of the terrain you’re on. The first drive mode that Rivian shows off on video is Sport, which stiffens the suspension, lowers the truck to its second lowest height, reduces stability control intervention, splits torque distribution between the front and rear axles, and keeps the brake energy regeneration in its standard strength. You see the R1T on video drifting on pavement and taking turns quite enthusiastically.

Off-road Drift mode raises the truck’s ride height from 10.5 to 11.9 inches, its standard mode. The suspension remains in its stiff setting while regenerative braking increases. Torque distribution becomes rear-biased and stability control turns off, enabling the R1T to drift and kick up dirt much easier, as seen in the video. All-Purpose mode is the truck’s Normal mode; the suspension goes into its softest setting, the ride height remains at the standard 11.9 inches, and torque distribution remains even between the two axles. Brake energy regeneration remains at its standard setting and stability control is on.

Off-Road Auto keeps everything from All-Purpose mode but increases the ride height to 13.5 inches. Off-Road Rock Crawl builds on Off-Road Auto by putting the suspension in its stiff setting and giving you high regenerative braking. Off-Road Rally brings the R1T’s ride height down to the standard 11.9 inches, reduces stability control intervention, and biases power distribution toward the rear. Like in Off-Road Rock Crawl, the suspension is in its stiff setting and you get high regenerative braking.

Conserve mode is the most efficient, dropping the R1T down to its lowest ride height of 9.9 inches, softening the suspension, and operating only using the front motor. The regenerative braking is on its high setting while stability control is on. Towing brings the truck up to its normal ride height and puts the suspension in stiff mode. Every other parameter is similar to All-Purpose mode except for regenerative braking, which remains on its high setting. You can also further increase the R1T’s ground clearance to its maximum of 15.4 inches.

The Rivian R1T is offered in two versions, the Explorer and Adventure packages with the latter being the higher, more expensive configuration with more features. Currently, one battery called the large pack is available and gives the truck a driving range of 314 miles per charge according to the EPA. It will be followed by the Max Pack, which Rivian says will go over 400 miles before needing to plug in. The truck has four electric motors totaling 835 hp with the large battery pack.

Written by Stefan Ogbac
Follow Author
RELATED ARTICLES
2021 Rebelle Rally has a lot of electrified vehicles in the field
Rivian CEO testing Yakima and Rivian branded accessories for the R1T
Power Innovations providing the juice for the Rivian R1T and others during Rebelle Rally
How much do home EV charging stations cost?
RELATED ARTICLES
JOIN THE EV PULSE NEWSLETTER
Receive weekly updates on each of our electrifying articles.