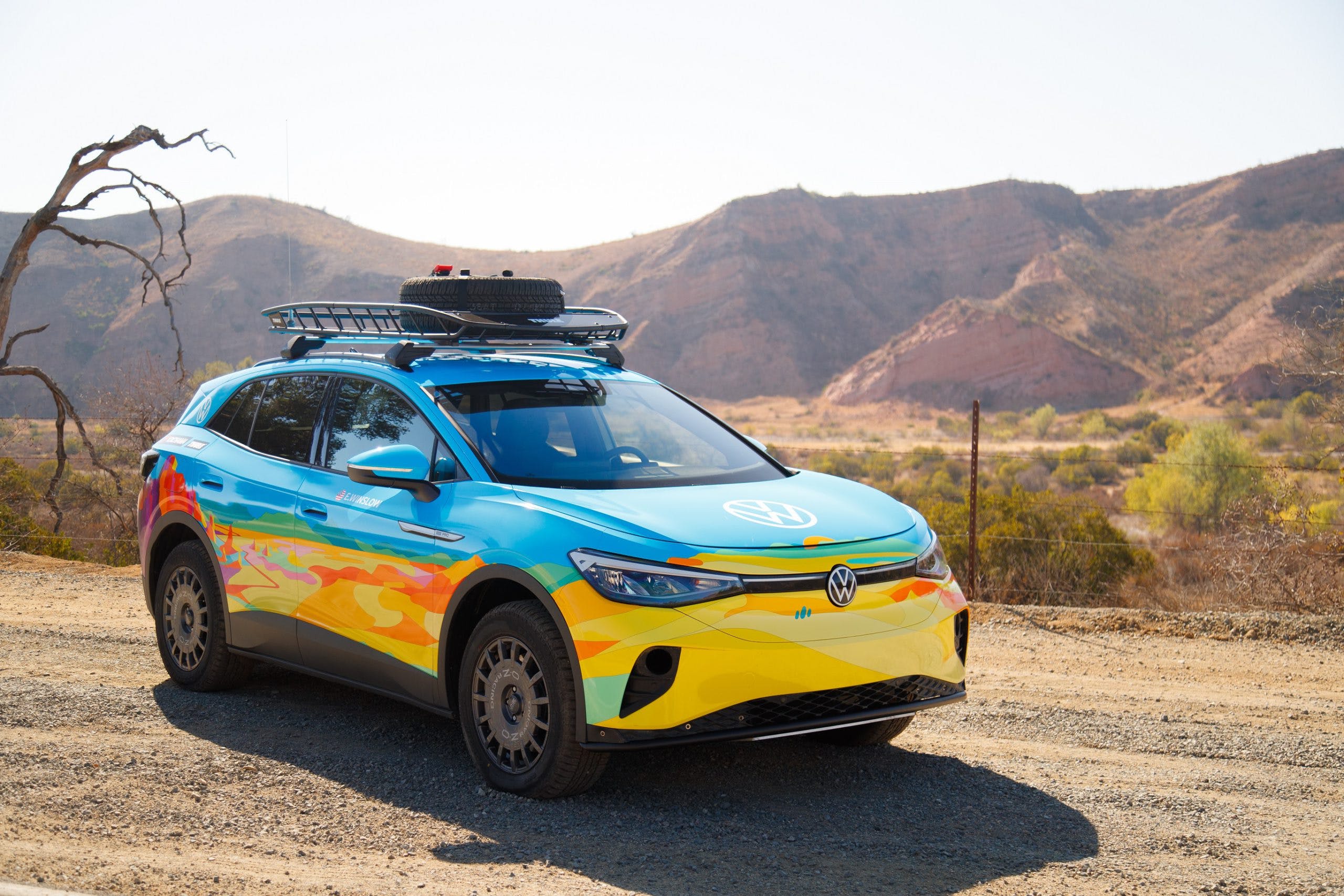 The 2021 Rebelle Rally is shaping up to be a big year thanks to several electrified vehicles entering the event. This eight-day women’s off-road competition covers over 1,000 miles across the states of Nevada and California and is one of the longest and toughest rally raid events of the year in the U.S. In addition to your vehicle, you’ll only have a map, a compass, and a road book to precisely get you to your next checkpoint. There are no GPS and mobile devices allowed. Unlike a traditional racing event, the Rebelle Rally isn’t about speed and the vehicles entered in it are stock with minimal modifications.

This year makes the marks the second year for the Electrified class for the Rebelle Rally after it was introduced last year with the entry of the Rivian R1T and Mitsubishi Outlander PHEV. It is specifically tailored for hybrids, plug-in hybrids, and battery-electric vehicles. In addition, you also have the 4×4 class, for vehicles like the Jeep Wrangler and Gladiator, and the X-Cross class for unibody crossovers like the Toyota RAV4 and Ford Bronco Sport.

Several automakers are making their debut at the 2021 Rebelle Rally. Volkswagen has entered an ID.4 AWD modified for off-road driving by Tanner Foust Racing and Rhys Millen Racing. It will be driven by Mercedes Lilienthal and Emily Winslow, the latter of whom will serve as the navigator. The ID.4 AWD falls in both the Electrified and X-Cross classes and will be equipped with skid plates, additional battery protection, tubular control arms, stronger suspension components, a Thule roof rack, and Yokohama Geolandar all-terrain tires. Powered by an 82-kWh battery pack, the ID.4 AWD’s two electric motors make 295 hp and 339 lb-ft of torque combined. It can travel between 240 to 249 miles per charge depending on the trim level. This won’t be the ID.4’s first off-road racing event. Earlier this year, it competed in the NORRA Mexican 1000 under Tanner Foust Racing and Rhys Millen Racing.

For its second year in participation, Kia has entered two 2022 Sorento PHEVs after nearly winning last year’s event with the Telluride. Alyssa Roenigk and Sabrina Howells who piloted the second-place vehicle last year will team up once again in one of the Sorento PHEVs with the former behind the wheel and the latter serving as navigator. The second Sorento PHEV will be driven by Verena Mei, a professional rally driver and accompanied by Tana White as her navigator. Kia is also a sponsor of the 2021 Rebelle Rally. The Sorento PHEV is powered by a 1.6-liter turbo-four coupled to a 66.9-kW electric motor, a 13.8-kWh battery, and a six-speed automatic transmission. It has a combined output of 261 hp and can travel in all-electric mode for 32 miles. With a full tank and a full charge, the Sorento PHEV can travel up to 460 miles.

Jeep, one of the Rebelle Rally’s longest-running sponsors since its founding in 2015, will enter a Wrangler 4xe. It will be commanded by Teralin Petereit and Nena Barlow who have participated in the event in the past but on different teams. This will be Barlow’s fifth time in the Rebelle Rally. She has won the Bone Stock award and placed on the podium in past events. Petereit has been competing in the Rebelle Rally for the past four years and finished in first place in two of them. The Wrangler 4xe that the duo will drive features a 2.0-liter turbo-four coupled to an electric motor, an eight-speed automatic, and a 17.0-kWh battery. Its combined output is 375 hp and 470 lb-ft.

Last but not least, Rivian returns to the Rebelle Rally with a production R1T electric pickup driven by Roadshow’s Emme Hall and her navigator Rebecca Donaghe. Both women are seasoned off-road warriors who have won the Rebelle Rally twice. In 2019 Hall and Donaghe won the Rebelle Rally’s X-Cross class in a Rolls-Royce Cullinan. The year before that, they took the top spot in the 4×4 class with a Jeep Wrangler Rubicon. Last year, a Rivian R1T prototype got sixth place in the 4×4 class. It will compete in the same class again for 2021. The production R1T is EPA-rated at 314 miles per charge.

Written by Stefan Ogbac
Follow Author
RELATED ARTICLES
Rivian completes first Rebelle Rally
Power Innovations providing the juice for the Rivian R1T and others during Rebelle Rally
Rebelle Rally kicks off next week with first electric truck participant
Should you get a Level 2 charger for your Jeep Wrangler 4xe plug-in hybrid?
RELATED ARTICLES
JOIN THE EV PULSE NEWSLETTER
Receive weekly updates on each of our electrifying articles.