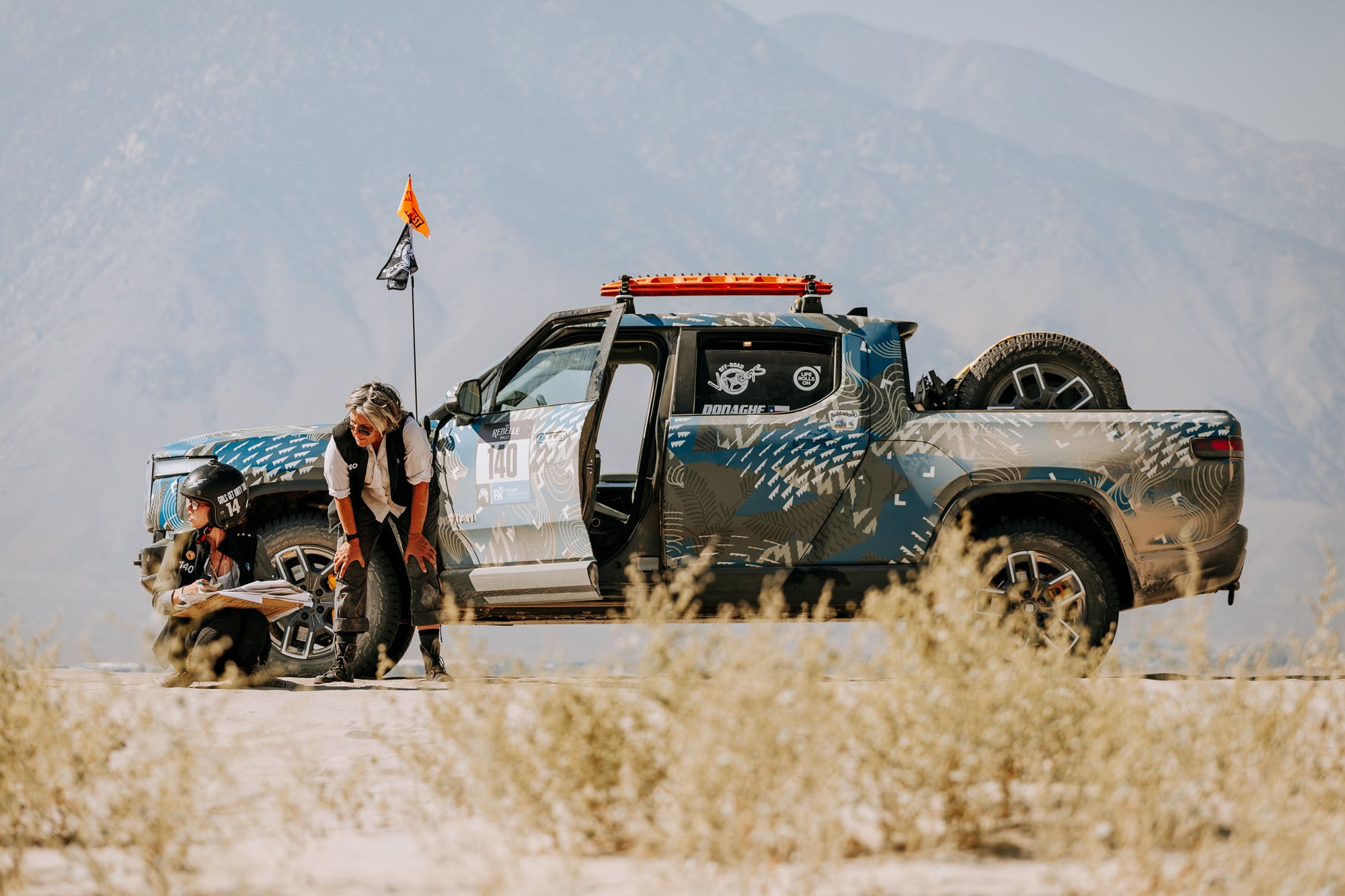 Donaghe and Hall next to the Rivian R1T. Photo credit: Rivian / Twitter

The Rebelle Rally is officially over, and the scoring is tallied up. The 8-day off-road adventure pits teams of two against either other to find and score the most points using just a map and a compass. No GPS. No Apple Maps. No technology.

Of course, that no technology rule doesn’t apply to the vehicles themselves, because one team this year had one of the most technologically advanced trucks to compete; the Rivian R1T

Piloted by our friend Emme Hall and her navigator Rebecca Donaghe, the R1T finished in 6th place in the 4×4 class, with the only two bone stock vehicles beating them being two Jeep Wranglers.

The Rivian R1T was completely stock, just as a customer will be able to buy it, including retaining stock tires. Tires, as we’re sure many of you are aware, are crucial in off road driving, especially in the sand. Rivian’s tire choice needs to maximize vehicle capability while keeping low rolling resistance in mind. From our armchair quarterbacking position, we’re pretty impressed with the results. Emme and Rebecca have participated in every Rebelle Rally, so they know what’s up.

In order to keep their truck charged out in the middle of nowhere, Power Innovations brought along one of their renewable energy charging trucks to keep the truck full.

While Rebelle isn’t a race, it is a grueling event exposing the vehicles to a variety of different terrains. To prove the worth of the Rivian in these types of conditions, it makes sense for the company to participate. Is it a risk? Sure, if something goes wrong it’s not a good look, but to gain the respect of future truck buyers, putting it on the line is important.

Rivian did it and succeeded. No, they didn’t win, but a strong finish with two experts on board helps bring credibility to the fledgling brand that will soon be taking on the big dogs.

Update (10/19/20 4:27pm EDT): We reached out to Rebelle Rally about the final scoring, which seemingly had Team Killer Watt tied with another team for 5th place. There are tiebreakers to prevent that.

They continued, “So basically tie breakers are best navigation, then best driving (hardest driving is in the dunes) and then best enduros.”

Hope that helps clear up any confusion.