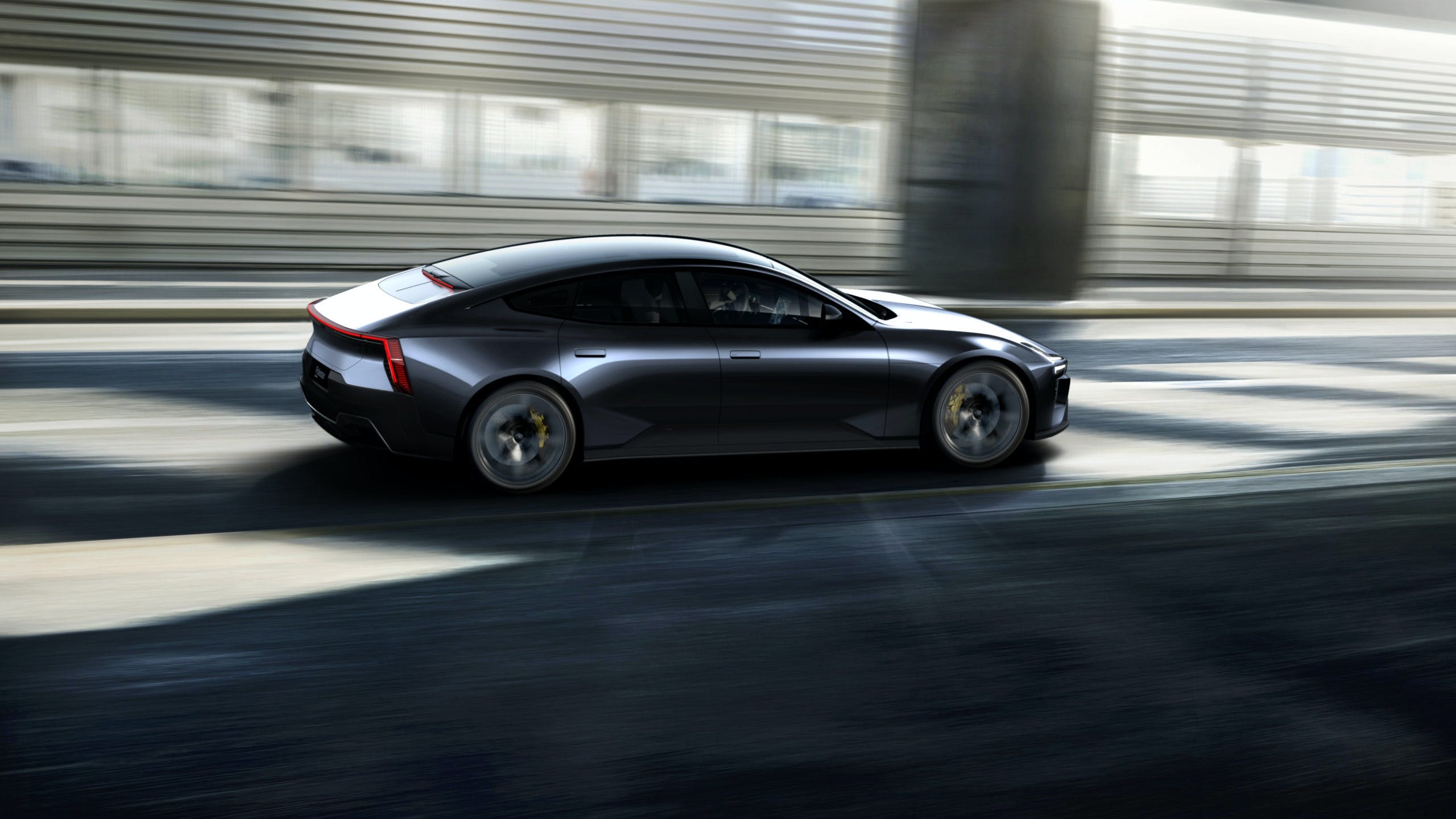 Polestar is hard at work on its new models. As the 619-hp Polestar 1 plug-in hybrid coupe ends production this year, the brand has a fresh salvo of three new battery-electric vehicles in the pipeline. One of those vehicles is the Polestar 5, a grand touring sedan that’s essentially the production version of the Precept show car that first debuted in 2020.

A new video in a series called “Precept: from Concept to Car” details the car’s journey from concept to its final version reveals that not much has changed. If you look closely at the images shown, there’s not much difference between the Precept and the Polestar 5. The only ones we can spot are the side mirrors, a physical rear window, and traditional doors instead of suicide ones. Part of the lower front fascia appears to have changed but the tweaks look minimal, retaining the clean, understated look. One of the close-up shots near the end of the video reveals the main headlight projectors mounted low on the front bumper. The rear also shows more three-dimensional lighting treatment and a concave surface on the trunk lid instead of a flushed one.

“With the Precept documentary series, we are intentionally doing something car companies usually don’t – going behind the scenes transparently as we turn this stunning concept car into production reality,” said Thomas Ingenlath, CEO of Polestar. “It makes me very proud to see how much of the concept car’s design is making it into the Polestar 5 – a great achievement by our designers and engineers alike.”

The Polestar 5 is the last of three new battery-electric vehicles following the Polestar 2 and is scheduled to make its world debut in 2024. Like the Precept, it sports the split Thor’s Hammer LED headlights, highlighting the brand’s new face. Most of the car didn’t change on its way to production; the full-width LED taillights are still there along with the wedge-shape and the super short rear decklid also survived the journey. We also see the gold brake calipers similar to what you find in the Polestar 1 or a Performance package-equipped Polestar 2.

We get a glimpse of the inside from the video and the photo that came with the press release. Like the exterior, not much changed; the big 15.5-inch portrait-style display is still there as is the four-seat configuration. The production Polestar 5 will continue the trend of forgoing animal products in the interior started with the Polestar 2 and Volvo C40 Recharge. Like those two vehicles, the Polestar 5 will have a vegan interior composed of plant-based and recycled materials.

Next year, the Polestar 3, a midsize two-row crossover built on the SPA2 platform, will debut featuring the brand’s new design language first previewed by the Precept. It will be a performance-oriented battery-electric vehicle and the first Polestar model to be assembled in the U.S. at Volvo Car Group’s South Carolina facility. The fourth model, a small crossover called Polestar 4, will follow soon after Polestar 3. That vehicle will likely be on the new SEA2 platform built specifically for subcompact to midsize applications. Not much else is known regarding the Polestar 4 but based on a recent teaser, it’ll be a sporty, low-slung coupe-like crossover.

When it arrives, the Polestar 5 will be the new flagship of the brand. Billed as a four-door performance grand tourer, it’ll likely be the most potent vehicle in the lineup. This svelte sedan may also be underpinned by the SPA2 platform, which will be used on a wide range of Volvo and Polestar models including crossovers and sedans. Based on the single photo and the video released, the Polestar 5 appears to be a midsize vehicle, meaning it’s similar in size to the current Volvo S90. Thanks to its EV-specific platform, the amount of interior space should be more akin to a full-size sedan.