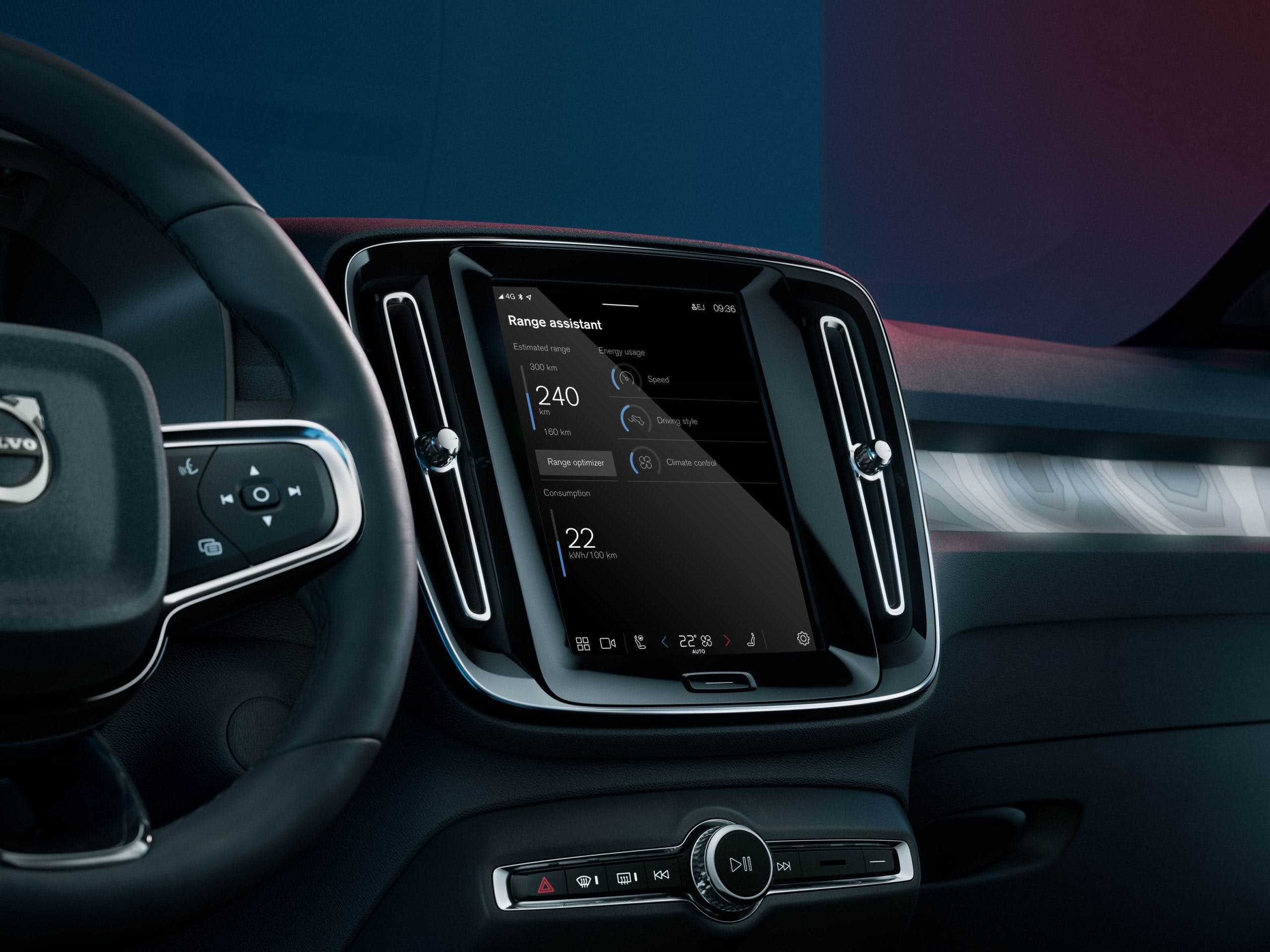 The latest over-the-air update (OTA) for the Polestar 2 and Volvo XC40 Recharge sees the addition of efficiency-enhancing improvements and tools to help you maximize every charge. Both vehicles now get a range assistant app that shows energy consumption information and estimates your total driving range based on your current driving. The system uses real-time data to give drivers the most accurate indication of how far they can travel before stopping to charge.

Other key additions to the Polestar 2 and Volvo XC40 Recharge include an Eco setting for the climate controls. Embedded in the range assistant app, this reduces the energy drawn from the battery by making the climate control system operate more efficiently. A cold climate battery information feature has been added to let the driver know if low temperatures will affect the vehicle’s efficiency and range. Both vehicles also get a pre-heating feature, which pre-heats the battery when you set the destination to a DC charger.

Both cars also get charging stability and regenerative braking improvements, giving them improved range and quicker DC charging time. Heat losses have also been mitigated because they are now used to warm up the battery, increasing charging speeds and lengthening the driving range on a single charge. SiriusXM satellite radio has also been added to the user interface. The Volvo XC40 Recharge also gets a model-specific update that adjusts the sensitivity of the rear automatic emergency braking system to minimize the risk of it activating in an automatic car wash. If you’re wondering why the 2022 C40 Recharge isn’t mentioned in the release it’s because this latest update will be installed in the vehicle coming out of the factory.

Built on Volvo Car Group’s CMA platform, the XC40 Recharge, C40 Recharge, and Polestar 2 are the first salvos in the Chinese-owned Swedish companies’ commitment to full electrification by 2030. In North America, the two Volvo models are available only in dual-motor guise, generating 408 hp and 487 lb-ft of torque. Polestar initially offered the 2 with the same powertrain in a well-equipped Launch Edition specification but recently added a single-motor version rated at 231 hp and 243 lb-ft.

Currently, the Polestar 2 has the longest driving range at 265 miles for the single-motor version and 249 miles for the more powerful dual-motor. The Volvo XC40 Recharge is good for 223 miles per charge thanks to several OTA updates it received over the last few months. Those updates are also the reason why the dual-motor Polestar 2 got a 16-mile range increase. EPA ratings for the C40 Recharge haven’t been released yet but Volvo says it will likely travel up to 225 miles per charge. However, with these latest updates, that estimate may be on the conservative side.

The XC40 Recharge and Polestar 2 could travel farther on a single charge thanks to these efficiency improvements, making them more compelling. Quite possibly the biggest benefactor to this is the single-motor Polestar 2, which currently has the longest driving range of the CMA-based battery-electric vehicles. Between the charging and energy management improvements, this could bring that version closer to the 300-mile mark. Expect more over-the-air software updates to come out soon as Volvo and Polestar continue to make improvements for their vehicles throughout their life cycle.