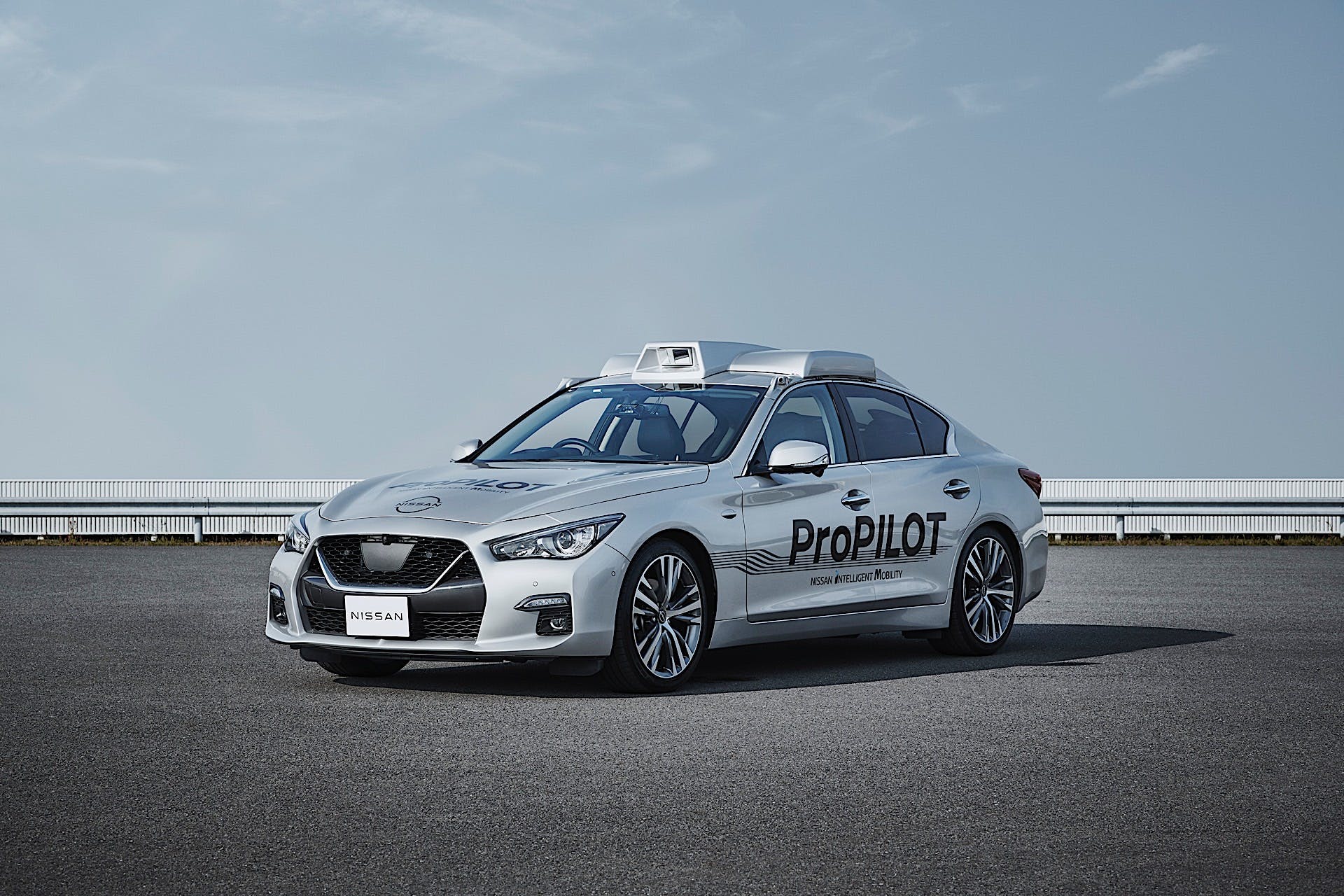 Nissan has previewed the next evolution of its ProPilot semi-autonomous driving assistance system. This upgrade includes what the automaker calls Ground Truth Perception technology, which now includes LiDAR sensors complementing radar and camera. The system can now detect the shape and distance of an object and structures in the area surrounding the vehicle in real-time with high accuracy levels. With this information, the vehicle can instantly analyze the current situation, judge, and automatically perform collision avoidance maneuvers if necessary. This upgrade also allows the vehicle to detect slowed traffic and road obstacles from far away, make autonomous lane changes, and better support drivers in areas where map data isn’t readily available.

“Nissan has been the first to market a number of advanced driver assistance technologies. When we look at the future of autonomous driving, we believe that it is of utmost importance for owners to feel highly confident in the safety of their vehicle,” said Takao Asami, Senior Vice President of Global Research & Development at Nissan. “We are confident that our in-development ground truth perception technology will make a significant contribution to owner confidence, reduced traffic accidents, and autonomous driving in the future.” To develop the next evolution of its driver assistance features, Nissan has partnered with several companies. The LiDAR system is one of its most crucial components and is being worked with alongside Luminar. Another partner is Applied Intuition to collaborate on the development of simulation technologies in a digital environment, which will be used to create the most accurate verification systems.

As part of its Ambition 2030 plan, Nissan will enhance its driver assistance features to significantly reduce accidents in the age of electrification and autonomy. Development of the Ground Truth Perception technology is expected to finish by the mid-2020s. The system will be able to avoid complex accidents thanks to the new components. Currently, there are two versions of ProPilot Assist; the standard model found in the Leaf and Rogue Sport is the most basic since it’s essentially a single-lane, hands-on system. The Rogue, Pathfinder, and Infiniti QX60 add the ability to use data from the built-in navigation system to detect turns and slow the vehicle down ahead of them. Nissan’s most advanced version to date is called ProPilot Assist 2.0 and is only available in the Ariya. This version allows for hands-free operation on certain stretches of highway, automatic lane changing capability, and can navigate you from one on-ramp to your next exit.

The Ambition 2030 Plan, which is part of a larger product offensive from the Renault-Nissan-Mitsubishi Alliance, is Nissan’s strategy to electrify its entire lineup and includes 23 models, only three of which are hybrids. This includes the Ariya, which is the first vehicle on the Alliance’s CMF-EV platform dedicated to battery-electric vehicles. Nissan’s e-Power series hybrid system will also be utilized in markets outside of Asia for the first time, specifically in the Qashqai and X-Trail for the European market. A new power-split hybrid system has also appeared on the European-market Juke and could find its way to North America in the Rogue and next-generation Kicks.

Nissan has also announced that it will build a new BEV in the U.S. at its Canton, Mississippi plant alongside Infiniti’s first fully electric model. This is likely the third-generation Leaf, which will turn into a subcompact crossover slotting below the Ariya with styling inspired by the Chill-Out Concept. The next evolution of the ProPilot Assist system could appear for the first time in the new Leaf.