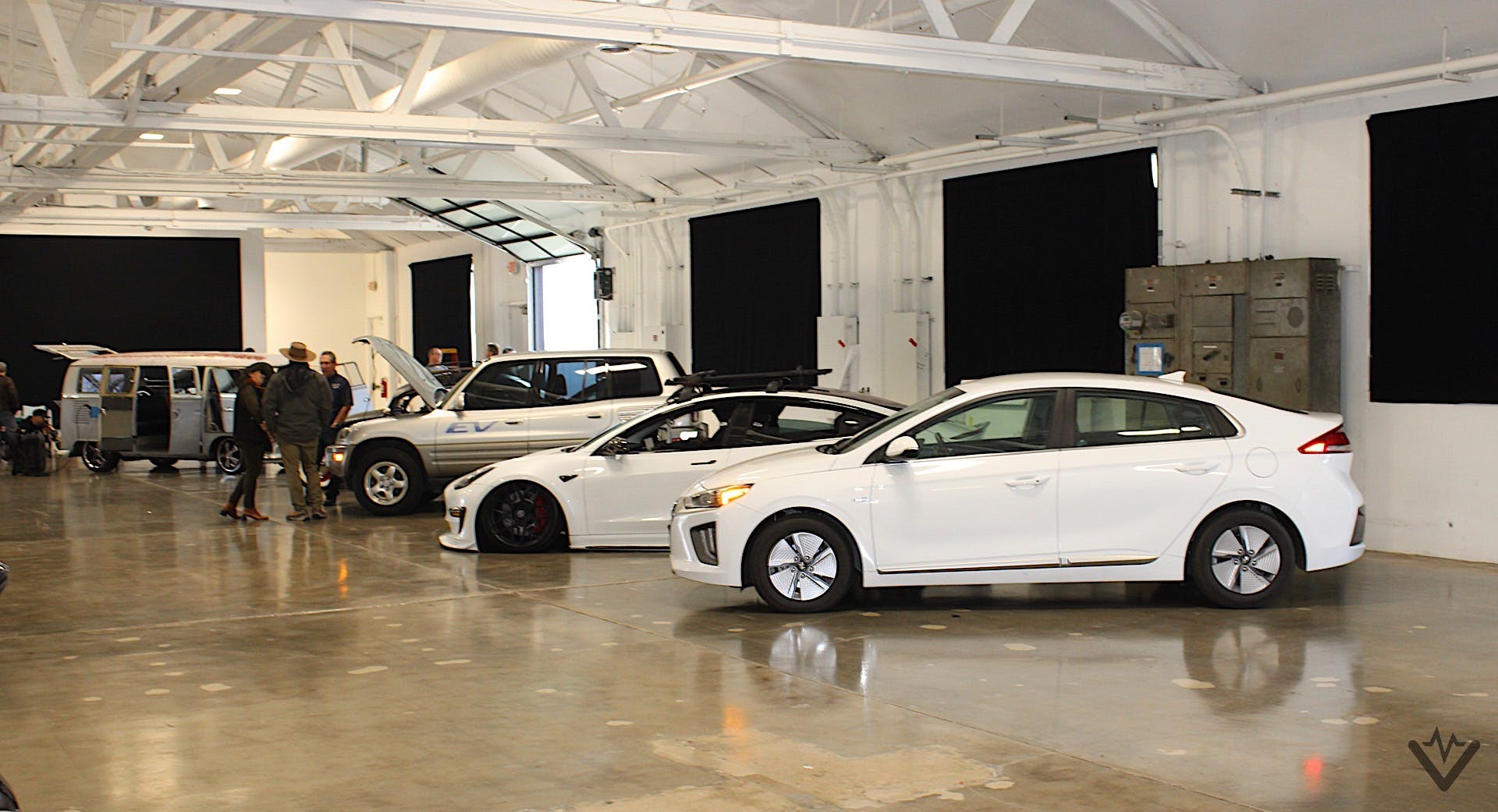 Electrification is such a big deal these days. Automakers are scrambling to electrify vehicles and people, especially enthusiasts, are eager to see what it will do to cars and car culture. Between curiosity and the need to move to something more sustainable, consumers want to learn what electrification can do for them. For car enthusiasts, they want to see how it can thrill them. Autopia 2099 is the first of its kind, a car show meant to highlight what electrons can do for mobility and celebrate the future. It’s a place where you can learn about electric cars and how they work, and connect with passionate enthusiasts.

(Editor’s note: VP of Content at Wrecked Media Group, Chad Kirchner, is a co-founder of Autopia 2099.)

The 2021 event is the inaugural one and we found that electric mobility comes in forms and people have created wonderful project cars to showcase that. Autopia 2099 is where you see these passion projects come to life. From the Chevrolet Corvair and Jaguar Mark V powered by Tesla powertrains to the Tesla Model 3 making V-8 engine noises, enthusiasts of battery-electric vehicles and electrification are a diverse bunch with distinct tastes. Some do these conversions to future proof their classic vehicles while others aim to add a sense of nostalgia.

Like those who embraced the internal combustion engine, there are also EV enthusiasts that push the envelope of performance. Tuners resto-mod vehicles like the Ford Mustang and Honda S2000 to improve their capabilities. Classic BMWs and Dune Beetles swap their old powertrains for electric ones to bring them to the modern age while changing their driving characters. Not only are they more potent, but they’re also quieter and more eco-friendly a win-win combination.

Some simply got an EV because they wanted to be pioneers in electrified mobility. One attendee of Autopia 2099 brought along an original Toyota RAV4 EV, which he still drives daily 20 years after he purchased it. Another brought a purple Mitsubishi i-MiEV, a 60-mile EV, and one of the first of its kind when it first arrived in 2009. The owner trickle charges it on a 110-volt outlet and learned how to get the most out of it via smart hypermiling.

First-time adopters driving EVs ranging from a Hyundai Ioniq Electric to a BMW i3 and a Polestar 2 are in attendance too. For them, Autopia 2099 is a place to learn more about the technology and what they’re driving. It’s a way to get to know the potential of electrification and see it as the next logical step in the evolution of the automobile and mobility. They have the most modern vehicles in the venue but they’re also here to immerse in EV culture and see what the aftermarket can do.

Automakers also made their presence known by showing some of their latest electrified wares. A refreshed 2022 Lexus ES 300h made an appearance while Audi’s e-tron crossover was the centerpiece in one room of the show. Tesla owners showcased various examples of the automaker’s four models including the speedy Model S Plaid. The Acura NSX Type S was also present, showcasing the culmination of the electrified second generation of Honda’s iconic supercar.

Quite possibly the most prominent manufacturers are Nissan (also the title sponsor), LiveWire, Rivian, and Porsche. The latter brought the whole Taycan family, which garnered a lot of interest from attendees. Nissan, on the other hand, had the Leaf and Ariya in their room. Next door is LiveWire, a maker of slick electric motorcycles that caught everyone’s attention. Two Rivian R1Ts outside were showcasing the outdoorsy side of EVs thanks to their endless utility. These brands stood out as the corporate advocates of electrification, showcasing a wide range of applications and the viability of electric propulsion.

Spending the day at Autopia 2099 pushed the message that eco-friendliness and sustainability don’t have to mean compromise. Enthusiasts are already embracing electrification to make vehicles more unique or be pioneers. The aftermarket is extracting more and making retrofitted vehicles more potent while retaining their timeless looks. Automakers are pushing the technology as they move toward carbon neutrality and shows like Autopia 2099 are a way for them to showcase their future direction with new models. Think of this as the techie cousin to RADwood, a place to learn about what makes EVs tick and electrification as the world moves in that direction.

Written by Stefan Ogbac
Follow Author
RELATED ARTICLES
Autopia 2099 is this Saturday! Here’s everything you need to know!
Tickets are on sale now for the world’s greatest EV show: Autopia 2099 – Presented by Nissan
Autopia 2099: The electrified car show of the future is happening this year
Lectron Tesla to J1772 charging adapter hands-on review
RELATED ARTICLES
JOIN THE EV PULSE NEWSLETTER
Receive weekly updates on each of our electrifying articles.