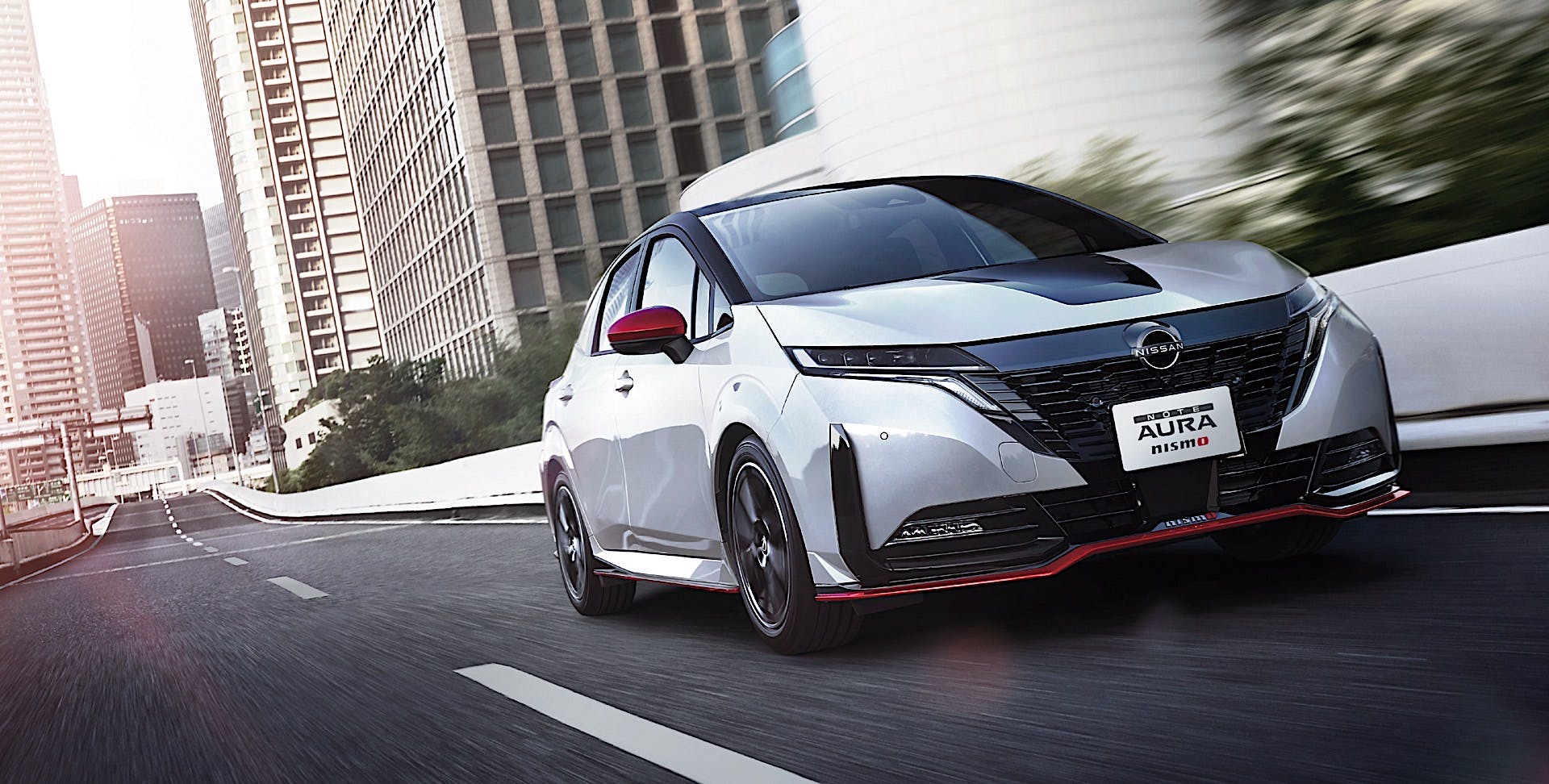 NISMO, Nissan’s performance arm, has revealed its latest creation and if you live outside of Japan, well, you can’t have it. The Nissan Note Aura NISMO is the sporty version of the brand’s latest subcompact car. Like its predecessor, it utilizes the e-Power series hybrid powertrain. That means it’s essentially a battery-electric vehicle with a generator because the gas engine is only there to power the battery. The electric drive motors are the only ones tasked with turning the wheels.

The Nissan Note Aura NISMO gets extensive exterior design tweaks to distinguish it from the rest of the lineup. You get red stripes in the lower bumpers, red side mirror covers, horizontal LED fog lights, and a contrasting black roof. The car also gets a new aero kit that Nissan says improves downforce and 17-inch alloys shod in Michelin Pilot Sport 4 tires.

The Note Aura NISMO is powered by an electric motor backed by a lithium-ion battery and a 1.2-liter three-cylinder engine acting as a generator. Nissan says that the maximum output of the new car is 25 percent more while torque increases by 18 percent. That means it now makes 134 hp and 221 lb-ft of torque, a healthy bump of 25 hp and 34 lb-ft. There’s no word yet on whether Nissan has a NISMO S or an AWD version with a second electric motor on the rear axle arriving at a later date. Should that be the case, the NISMO S and/or AWD versions could offer similar power figures to a Mini Cooper S Hardtop but with more torque and instant power delivery. Three drive modes are available, specially tuned Normal and Eco modes plus a NISMO mode for sporty driving.

The arrival of the Nissan Note Aura NISMO is a signal that electrified performance vehicles are coming to all segments. While this vehicle isn’t coming to the North American market, there’s one crossover that has the potential of becoming the latest addition to the NISMO range: the Ariya. Nissan’s all-electric crossover could serve as one of the flagships of Nissan’s performance lineup. The larger battery pack and two electric motors can offer more power for potent acceleration.