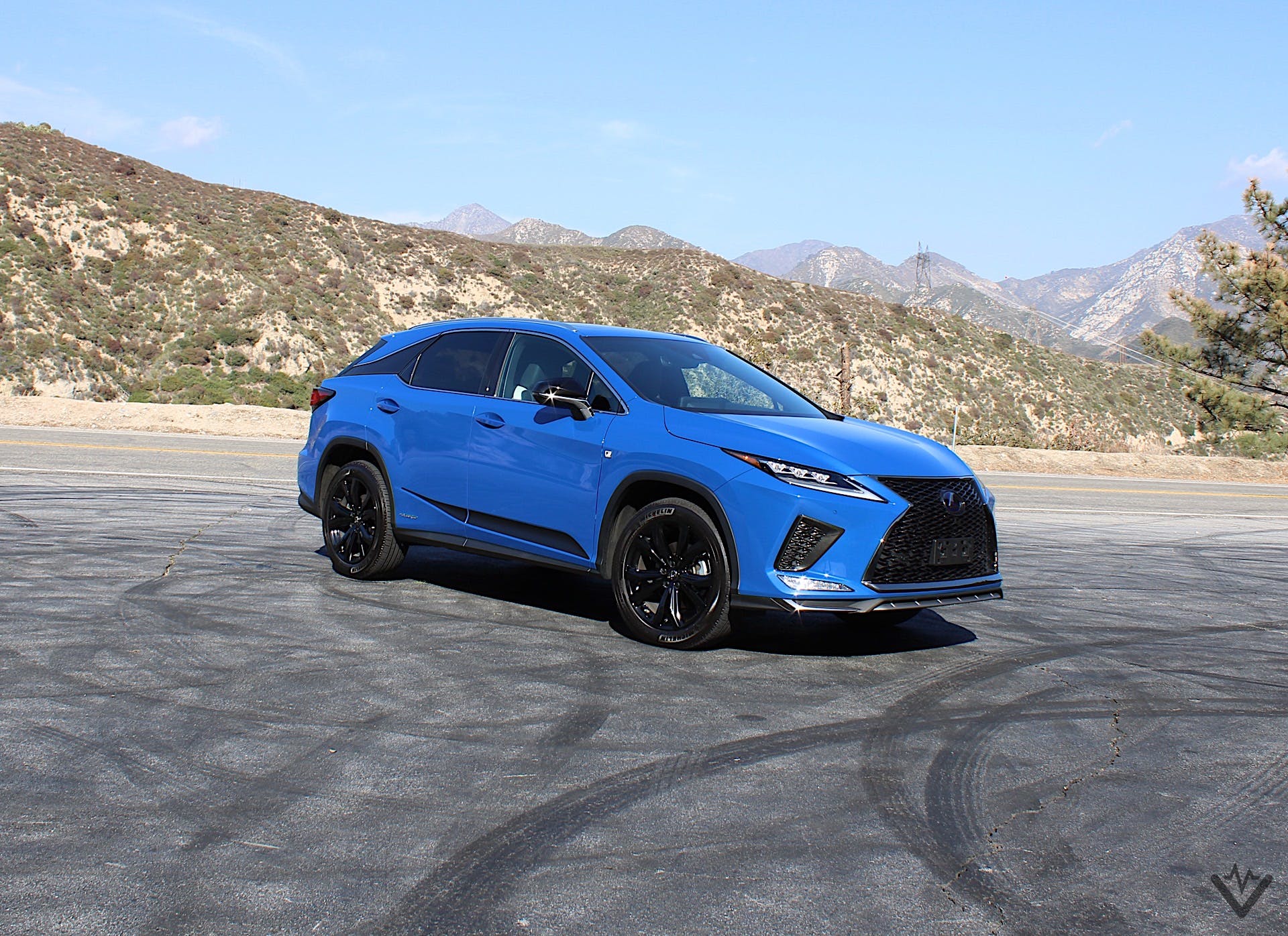 We should be seeing an update to the Lexus RX soon. Photo credit: Stefan Ogbac / EV Pulse

The next-generation Lexus RX isn’t far off and it’s about to follow the smaller NX and move to the TNGA-K architecture. A powertrain lineup consisting mainly of hybrids comes as no surprise since Toyota and Lexus are spreading them out to as many vehicles as they can. However, a report from the Japanese scoop site CarSensor indicates that there will be three hybrid powertrains offered on the fifth-generation crossover.

Like the NX the next-generation Lexus RX will use the same hybrid systems found in several Toyota and Lexus vehicles including the ES 300h, RAV4, Highlander, Sienna, Venza, Camry, and the recently discontinued Avalon. In standard hybrid guise, it couples the corporate 2.5-liter four-cylinder to a planetary gear set, two or three electric motors depending on the drivetrain configuration, and a lithium-ion or nickel-metal-hydride battery. For the RX, this powertrain could make more than 250 hp combined to accommodate the larger vehicle’s weight. In plug-in hybrids like the RAV4 Prime and NX 450h+, you get an 18.1-kWh battery pack and a more powerful front electric motor, raising the combined output to 302 hp and giving you over 30 miles of all-electric range.

While the two 2.5-liter-based hybrid and plug-in hybrid systems will find their way into the RX 350h and RX 450h+ respectively, CarSensor notes that a third hybrid powertrain will sit at the top of the range. This will be the RX 500h, an F Sport Performance model that will likely get goodies like the Adaptive Variable Suspension as standard equipment. What’s different with this version is the powertrain because it’ll be based on the 2.4-liter turbo-four that debuted in the second-generation NX and coupled to a high output front electric motor.

A second electric motor will be mounted on the rear axle to give it AWD. Currently, the most powerful rear motor used by Toyota and Lexus makes 54 hp and 89 lb-ft of torque. In the RX 500h, that unit could get a significant power boost, which could double the motor’s current output. The RX 500h could also be the first hybrid application of Lexus’ Direct4 drive control technology that shuffles torque between the four wheels to maximize traction and improve handling. At the moment, the only vehicle known to have Direct4 is the upcoming RZ 450e, Lexus’ first dedicated battery-electric vehicle.

CarSensor notes that the RX 500h will have a parallel setup where the front electric motor is sandwiched between the engine and an eight-speed automatic transmission. However, since this variant will likely have the Direct4 system, it’s likely doesn’t have a transmission since Lexus noted that a planetary gear set or a conventional gearbox aren’t needed. If that’s the case, then the RX 500h will be among the few vehicles with a direct drive setup alongside the Honda CR-V Hybrid, Accord Hybrid, Insight, and Koenigsegg’s Regera and Gemera hypercars.

Expect most of the changes that appeared on the new NX to find their way into the next RX. That includes the new infotainment system with a virtual assistant and either a 9.0- or 14.0-inch touch screen, and Lexus Safety System+ 3.0 driver assistance suite. The fifth-generation Lexus RX should debut before the end of the year, likely as a 2023 or 2024 model. Additionally, every model offered in the U.S. will likely get AWD as standard equipment.