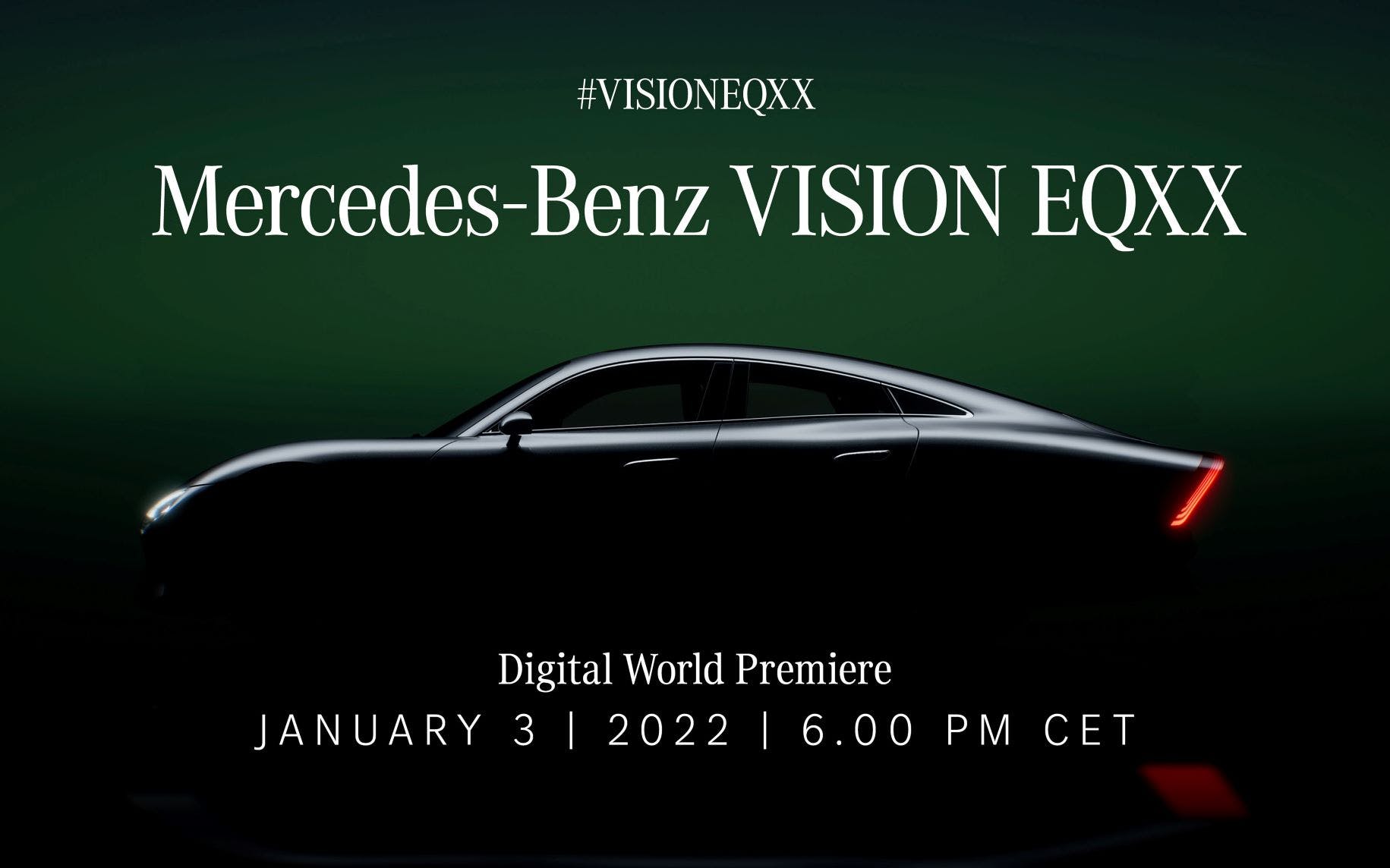 Mercedes-Benz will use the 2022 CES Show to showcase its Vision EQXX concept car. This battery-electric vehicle is the most efficient vehicle the German automaker has created. It calls it a “software-defined research prototype” or a test bed in layman’s terms. The Mercedes-Benz Vision EQXX is a statement highlighting the company’s penchant for innovation and its intention to be a leading brand in the electrified era. Before landing on Mercedes’ stand at the Las Vegas Convention Center, the car will make its global digital debut across multiple media platforms.

The Mercedes-Benz Vision EQXX focuses on pushing efficiency to new levels. It’s essentially a ground-up rethink of a vehicle’s fundamentals as a way to demonstrate that there are still ways to improve the vehicle. This means taking a look at all aspects of a vehicle to explore ways to improve its efficiency. Mercedes says everything has been rethought and results in the addition of a new cutting-edge electric drivetrain. The Vision EQXX also makes extensive use of lightweight engineering and sustainable materials. To help it consume less energy, the company took measures to make it as miserly as possible including the use of the latest car software.

Based on the sole teaser photo released, we can confirm that the Vision EQXX is a sedan. The silhouette shows a sleek vehicle with a roofline that descends quickly and appears to seamlessly blend with the rear deck lid. Its front end seems conventional with a long hood to give it a cab-rearward profile. Mercedes may have designed the Vision EQXX to be as aerodynamic as possible based on its shape. However, the greenhouse seems quite small, hinting that its large footprint may not translate into a cabin that’s proportionate to its size.

Although it’s not likely to go into production, the Vision EQXX could be used to improve future Mercedes-Benz vehicles. The company has committed to launching only battery-electric vehicles from 2025 and onward. By the end of 2022, it will have an EV in every major segment it competes in. Innovations discovered through the creation of the Vision EQXX could help the next generation of Mercedes-Benz models become more efficient and travel farther on a single charge.

By 2022, Mercedes-Benz will have a total of nine vehicles in its EQ lineup. Five of those vehicles are already confirmed to enter the North American market the first of which is already here, the flagship EQS sedan underpinned by the EVA platform developed specifically for battery-electric applications. With up to an EPA-rated 350 miles, the EQS sedan is the most aerodynamic vehicle on sale thanks to its drag coefficient of 0.20. It will also get an AMG variant called the EQS 53 4Matic+, which has up to 751 hp.

Following the EQS will be the EQB, a compact electric crossover with seating for up to seven. Unlike the flagship, the EQB rides on a convergence architecture shared with the internal combustion GLB-Class. When it arrives in North America, the EQB will be offered in EQB 300 and EQB 350 models. The third model in the EQ lineup is the EQE sedan, slotting below the larger EQS sedan. It’s also on the EVA architecture and is aimed at the likes of the upcoming BMW i5. Initially, it will be available only in a single-motor configuration called the EQE 350 with 288 hp and 391 lb-ft of torque. AWD variants with two electric motors should follow soon alongside an AMG variant.

The last two EQ models are the EQS SUV and EQE SUV, both of which will be made in the U.S. at Mercedes’ Alabama plant. They’ll also be on the EVA platform and be available in standard and high-performance AMG variants. An ultra-luxurious Maybach variant of the EQS SUV was previewed by a thinly veiled concept earlier this year at the 2021 Munich auto show.

Future models could benefit from the learnings taken from the Mercedes-Benz Vision EQXX. As the brand aims to place itself in the lead, its EVs will need to push the boundaries. If this prototype and the EQS sedan are indicating something, Mercedes is likely moving forward quickly to reach its goal.