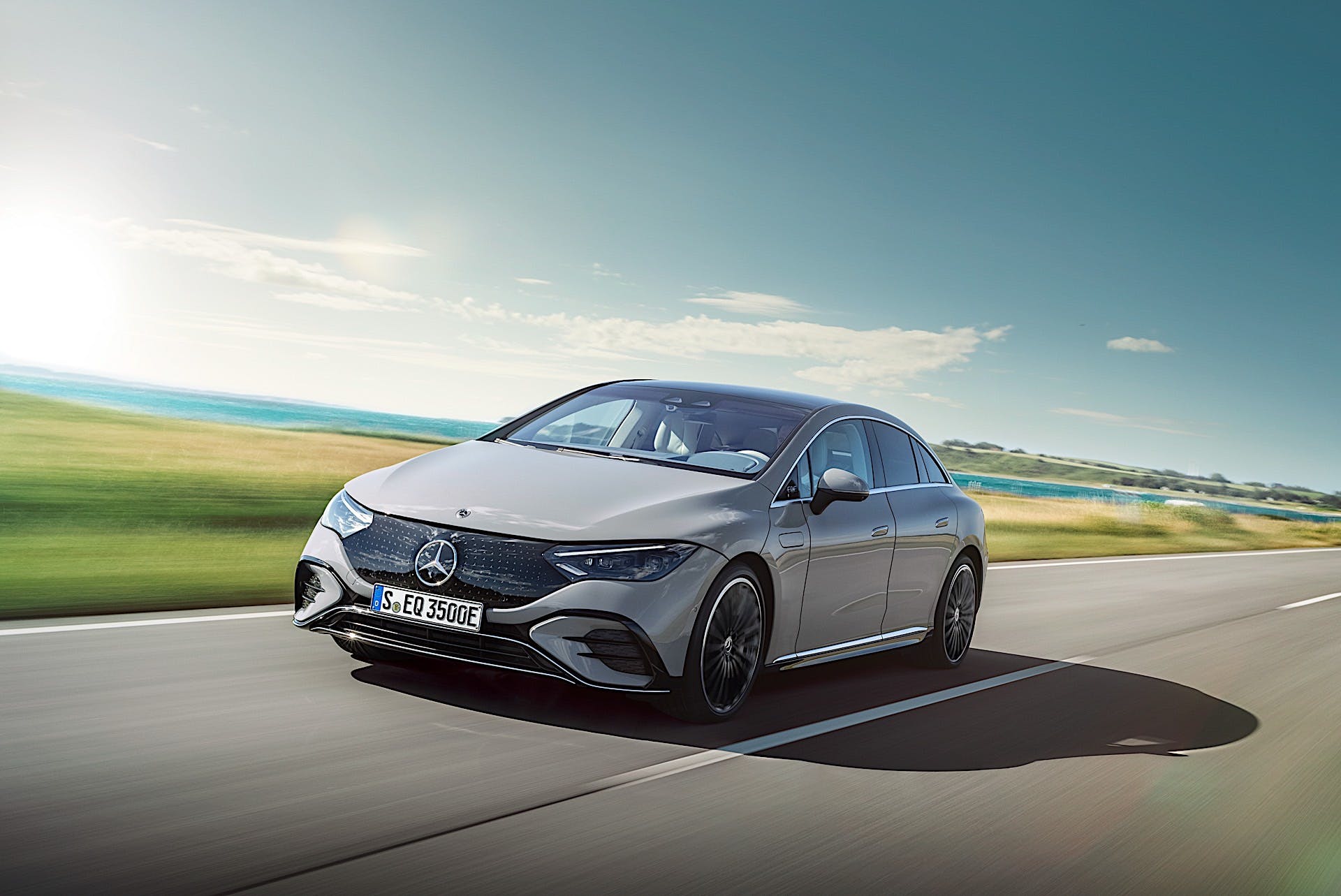 The EQE offers plenty of content for a reasonable price. Photo credit: Mercedes-Benz

The flagship Mercedes-EQ EQS is a luxury powerhouse that happens to be powered by electricity. But it’s also not a mainstream product in the way the E Class is. It’s only natural, then, for Mercedes to develop an electric version of the car. Here is the 2023 Mercedes-Benz EQE.

The EQE 350, which’ll debut first, is a rear-drive electric sedan making 288 horsepower and 391 lb-ft of torque. All-wheel drive variants will come soon after.

It’ll charge at home on an AC charger of up to 22 kW, and will peak charge at 170 kW at DC fast charging stations that’ll allow it. Mercedes is claiming a WLTP range of up to 660 kilometers, which would be 410 miles. WLTP is often optimistic, but 300 to 350 miles seems quite possible in the long-range trim.

Like the larger EQS sibling, the EQE will have an available Hyperscreen infotainment system that makes it easy for the driver to customize the experience. This includes finding preferred charging stations, loading preferred media, and keeping track of consumption and other key metrics.

Mercedes me now supports Plug & Charge functionality, meaning that if the station supports it — and many now do — the driver can just plug in and the car will start charging. There’s no need to have multiple accounts or swiping a credit card. Competitors like the Porsche Taycan and Mustang Mach-E support this feature.

Since it’s based on the larger EQS, all the design elements that make the bigger car so efficient are here, including aerodynamic wheels and a low coefficient of drag. The EQE, in size comparison, is the closest to the Tesla Model S. It’ll be interesting to see range tests between the two when the EQE goes on sale, especially if the EQE can get close to its WLTP numbers in the real world.

After the rear drive and all-wheel drive units start shipping, we’d expect a Mercedes-AMG version like on the larger EQS. If only we could get one in a coupe body style — which probably won’t happen — we’d have this author’s dream car.

What do you think the EQE? Would you cross-shop it with a Tesla or does the Model S (non-Plaid) blow it out of the water? Let us know what you think in the comments section below.